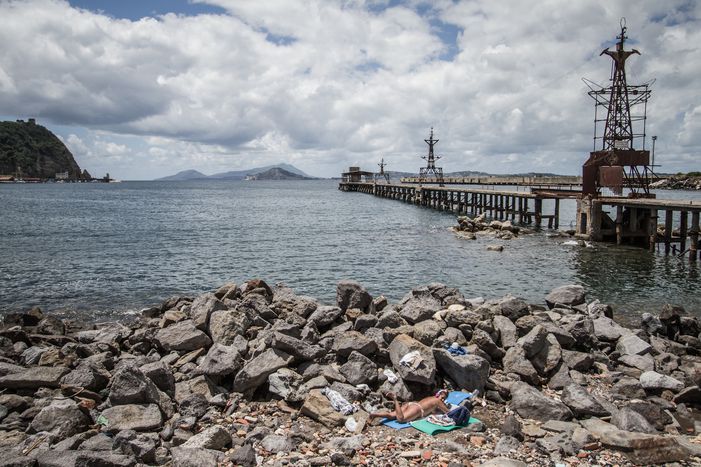 Bagnoli, urban seaside district of Naples with an iron will

Bagnoli has been doomed since its inception in the early twentieth century as an 'iron and steel zone' connecting the Mediterranean with the rest of Europe. Answering the questions of what the former industrial zone with incredible views over the sea has been, and what it will end up being in the future, are no simple feat. Basque photographer Borja Lazaro Herrero finds out

The neighbourhood of Bagnoli, which runs alongs the Mediterranean sea in the west of the city, is the tenth largest district of Naples. It's not so hard to get to the district which housed the former steel plant; public transport links via bus and metro exist.

Bagnoli has been one of the most important industrial zones of southern Italy since the esrly twentieth century. The first impression that you get - of the immense abandoned structures of iron and cement - goes some way to understanding why Bagnoli is such a point of contention for the many who clamour for its reinvention as a public space. The rigidity of these buildings which still stand on the landscape echoes the heart of its people, who never wanted or asked for this change they were doomed to go through. Where Bagnoli once produced raw material, now it has all been taken out. Where Bagnoli once represented work and a family life for the average Neapolitan, now luxury buildings are being erected.

In 1990, a controversial political decision discontinued the area’s activities, which included closing down the Italsider plant; the Fracanzani decree (1989) was passed by a government led by Ciriaco De Mita, an MEP who was president of the christian democracy party at the time, and which effectively put an end to Bagnoli's industrial raison d'etre.

Bagnoli's post-industrial reinvention was as an educational centre and business incubator, but this new definition of the area has gone up in flames, both symbolically and literally. Bagnoli was most recently home to an interactive science museum, the ‘City of Science’, which opened its doors to the public in 2001. The 12, 000 square metres of the 'Città della Scienza' was almost completely destroyed in a fire on the evening of 4 March 2013. The causes of this fire have never been made known (a video campaign raising awareness of the event claimed that 'a part of us Neapolitans burnt too').

Another part of the heritage that Bagnoli is to lose after nearly six decades is its Nato headquarters (formerly the allied command for Southern Europe, aka AFSOUTH). The building will be returned to the Fondazione Banco di Napoli ('the bank of Naples official foundation'), whilst the office space and surrounding area will be reused for other future purposes.

The Bancarotta Bagnoli association, which is mostly run by young people, aims to promote cultural events and provide information platforms in the district. It is a popular meeting place, especially because of its abandoned buildings, but now Bancarotta is looking for another home, since it was pushed out to make way for more social events. Members express their frustration at how they feel abandoned in Bagnoli, a sentiment which runs deep across the neighbourhood and its residents. The future projects are far from their actual needs.

Today, Bagnoli signifies nothing and everything for the city of Naples and its people. As to what it will be, is another question. 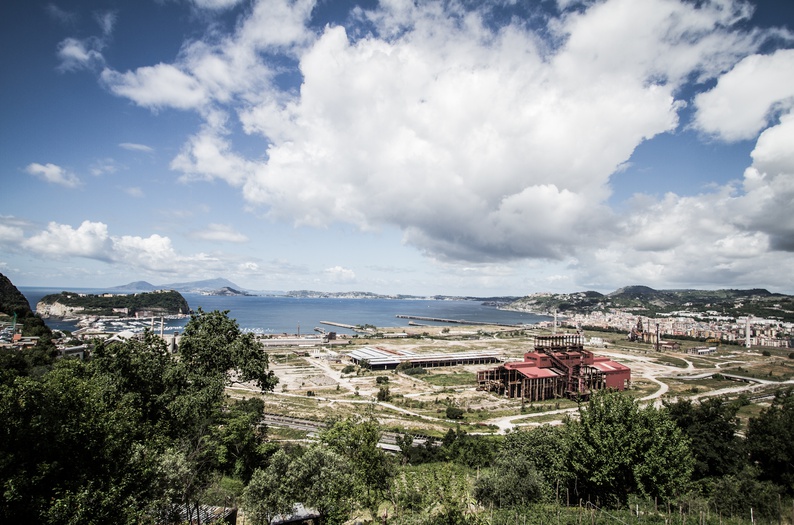 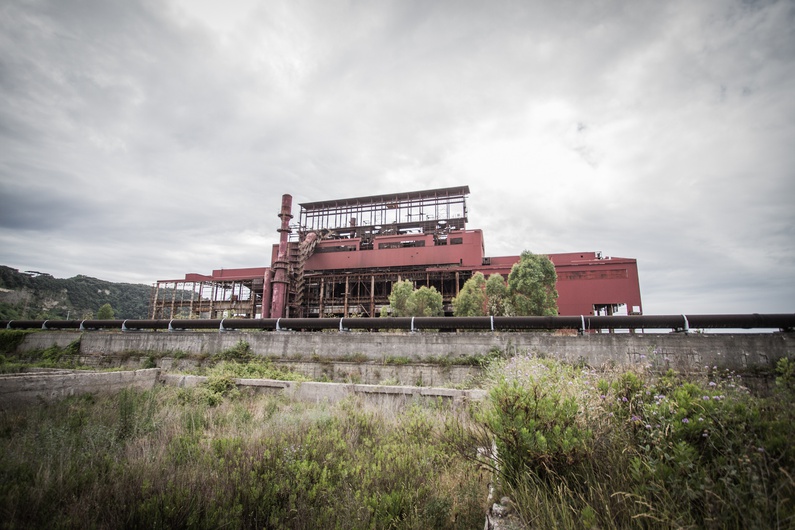 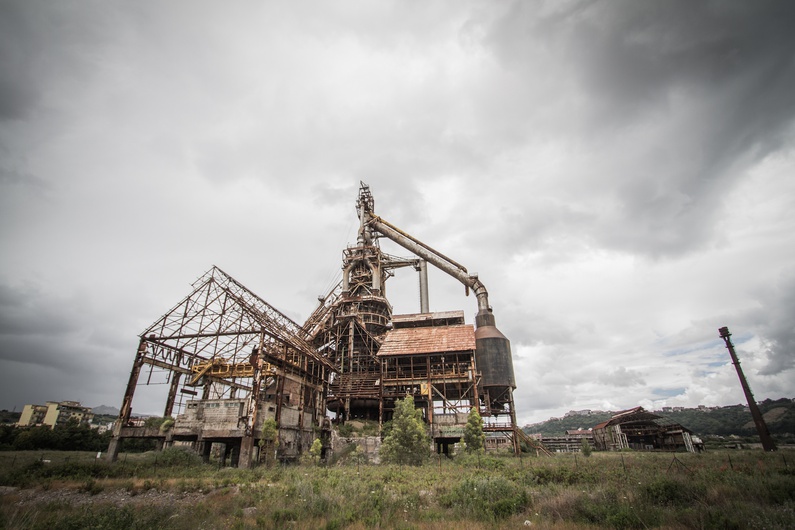 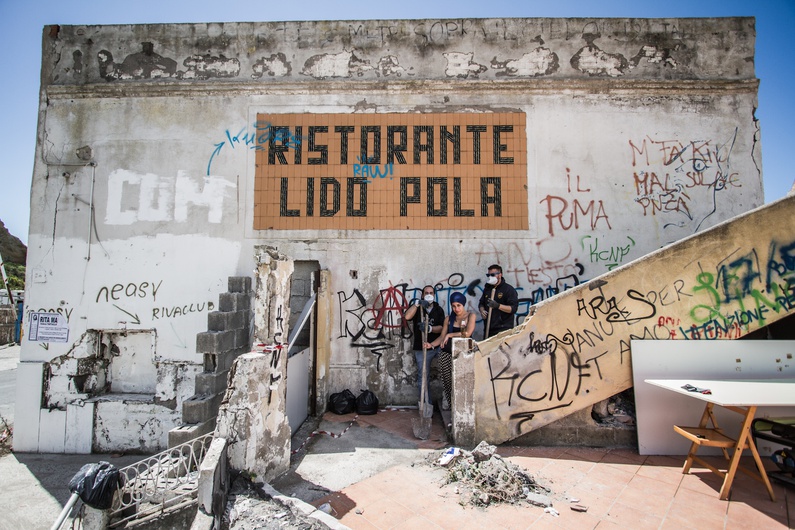 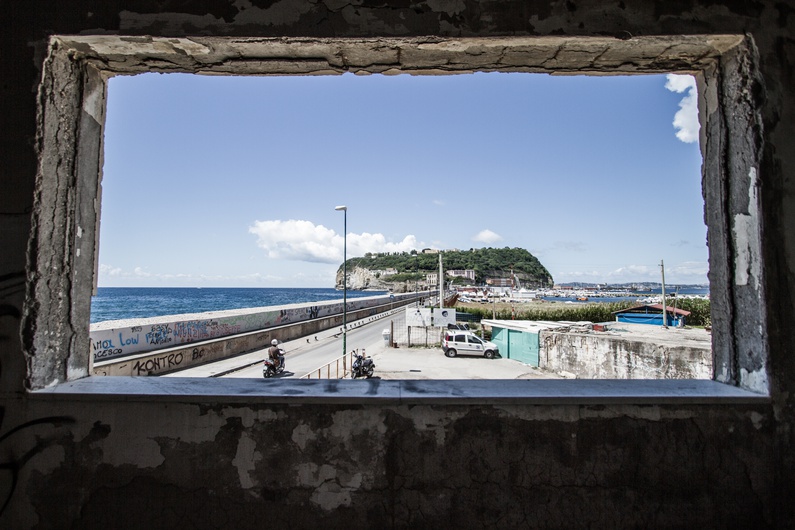 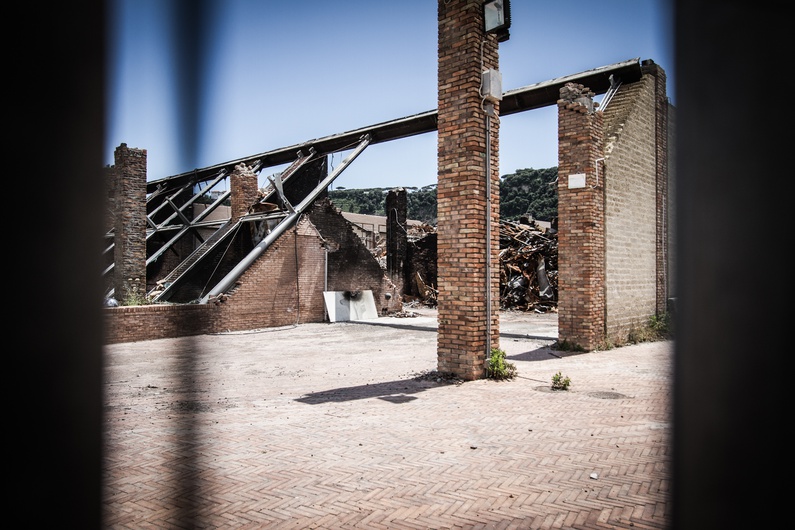 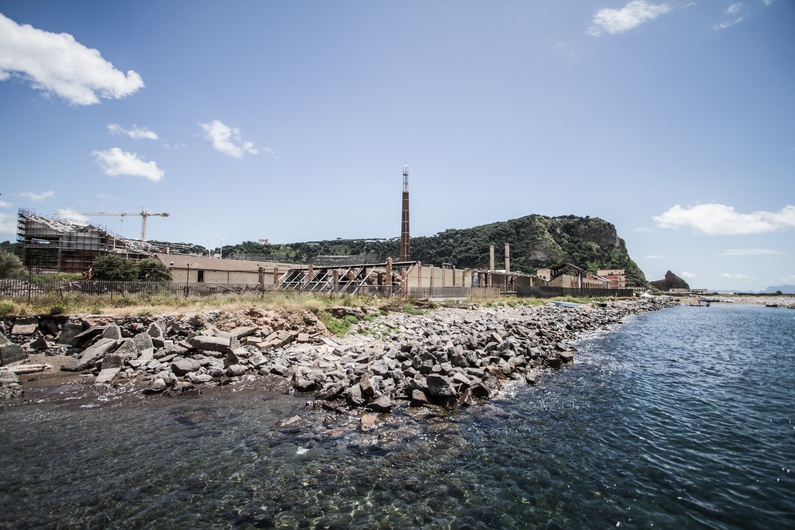 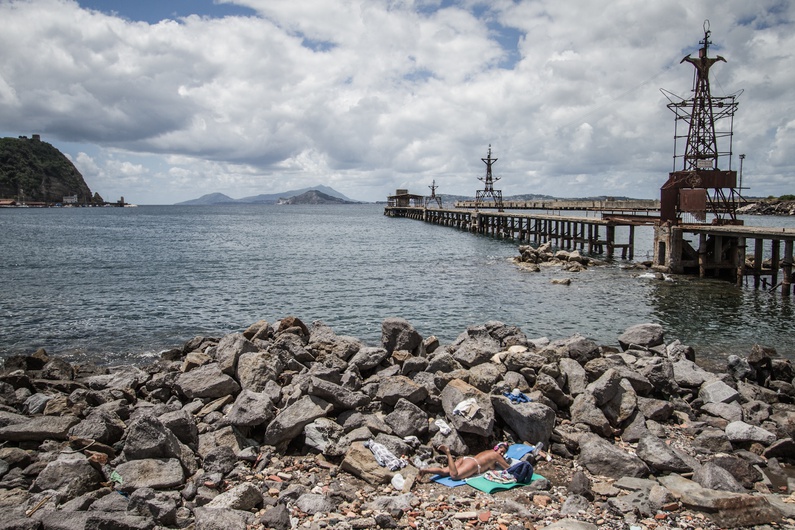 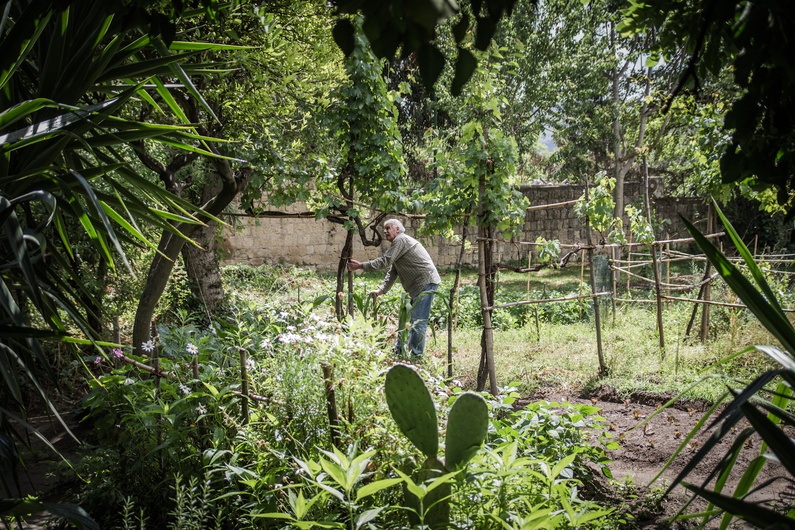 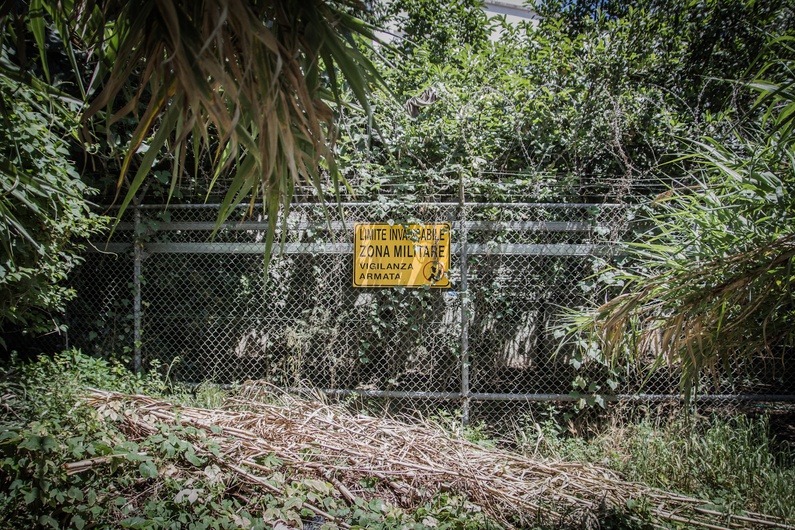 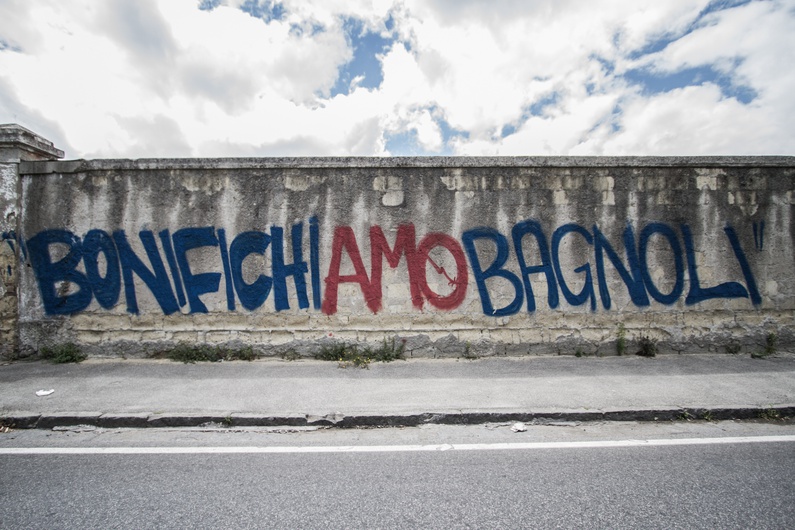 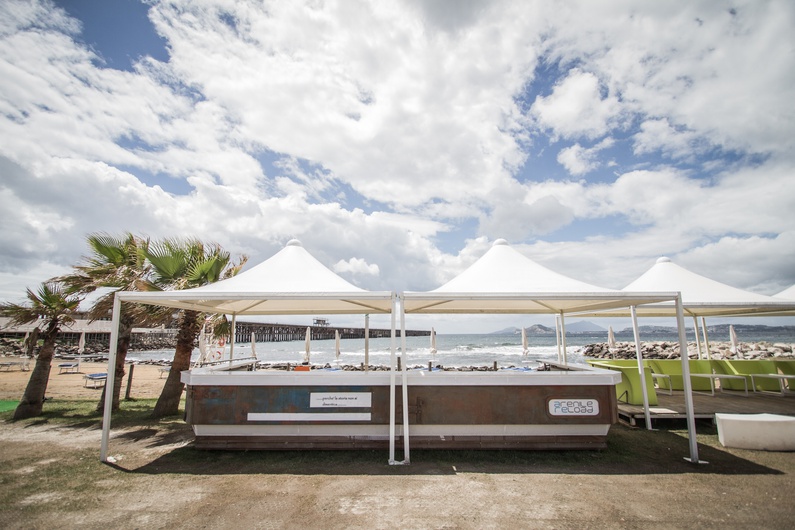 Many thanks to our hosts at cafebabel Naples, in particular Eliana de Leo

This is the fourth in a series of special monthly city editions on ‘; watch this space for upcoming reports ‘dreaming of a better Europe’ from Dublin, Zagreb and Helsinki. This project is funded with support from the European commission via the French ministry of foreign affairs, the Hippocrène foundation and the Charles Léopold Mayer foundation for the progress of humankind

EUtopia on the ground’