Non-existent courses in Italy, freezing toilets in France, everyone having to sit on the floor in Germany, bribery in Lithuania. A trip around the universities of the EU

A year's sabbatical on an Italian degree course? 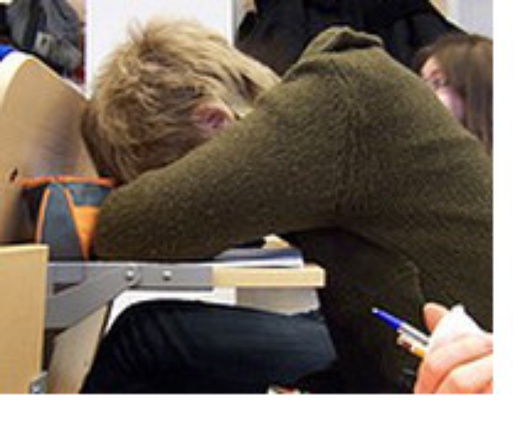 'I was an Erasmus student in Bologna,' says Louise, a 24 year old English student. 'In Italy it's all completely different from England. Whereas in London there were never more than thirty students in a class, in Italy there were no limits and that's without mentioning the tutors. My Erasmus co-ordinator worked at another university as well so she could only see us once a month. The queue was so long that it was impossible to get to speak to her.' It would be easy to pass these comments off as the usual complaints that foreign students have when they first arrive in Italy, but, actually, the reality of university life here is shocking. Professors not showing up because they work in four different universities or have two jobs, researchers who are doing everything, staff absence and embarassing levels of disorganisation are just some of the problems that millions of students face every single day.

Francesca, a 26 year-old graduate of the old-style 4-5 year masters level degree programmes is not optimistic. She studied Intercultural Technical Studies and Sciences, a course which came into being in 2000 over a few drinks in the pub, according to one of its founders, professor Giovanni Ferracuti. 'When I registered for the course, it promised everything,' explains Francesca. 'It was supposed to train us to work in immigration offices and NGOs. However, there was absolutely no contact with any such organisation. On the new-style Bachelor degree programmes (which last three years), there is a compulsory work placement but we didn't even have that. What's more, my degree programme is, according to the information given on the website, 'equivalent to a BSc in Health and Social Care', but you can only apply for the national public service exams which require a degree in the Humanities. We were expecting the equivalence to be with Politics or Communication Studies but that did not turn out to be the case. What's more, this year I found out that the course has been frozen. Have you ever heard of a degree course taking a year's sabbatical?! Maybe I am a member of a rare and endangered species or, quite simply, I have been cheated.'

Everyone on the streets in France

If the university system in Italy is severely ailing, then it is not too well in France either. On the other side of the Alps the protests which have taken place since 1968 are a source of great pride. When a protest starts it goes on for months, bringing public services to a standstill. This includes lectures and administrative staff, as was the case in 2006 when the whole country ground to a halt during the strikes against the 'First Employment Contract' (CPE), which allowed employers to fire, without reason, any employee aged below 26 in their first two years of employment. After bitter protest, the French government had no option but to repeal the bill.

'I was an Erasmus student in Toulouse at the Mirail University, and at that time, for as long as three months, everything, including the libraries, remained closed,' says Kate, a 24 year-old English student at the Department of Translation and Interpreting at the University of Bath. 'Even when things returned to normal there was nothing much to be happy about. The university building was falling into an ever greater state of disrepair with its outside toilets and graffiti everywhere. It was dreadful.'

No university fees in Germany

'At my university, fees were introduced this year,' explains Dominik, a 23 year-old student of Economics at Hockenheim in the south German federal state of Baden-Wurttemberg. 'The fees are 500 euros per semester. At first, in Germany, nobody had to pay fees, but now 12 states out of 16 have introduced them. The main problem is the number of students enrolling. The rector at my university allowed as many as 700 freshers to enrol at my faculty. The result of this was that in the first week, given that the lecture theatres hold a maximum of 400, there were students left outside. They installed a video-conferencing system but it is very difficult to hear what the lecturer is saying. I have been lucky because I registered three years ago but I still have to sit on the floor during lectures.'

Bribes for top marks in Lithuania

In Lithuania the situation in universities varies enormously depending on the department and the administrative staff. Indre, a graduate of the Institute of International Relations at Vilnius, tells us that generally 'teaching is not up-to-date and is all theory and no practice.' Even worse however is what Tomas, a 22 year-old student at the Gediminas Technical University (http://www.vgtu.lt/) in Vilnius tells us. 'Last year there was a professor who was taking bribes for marks. Even when a student knew nothing he could buy himself a good mark. If a student was certain of passing they could decide not to pay but otherwise it was best to hand over the 'envelope'.' So what did it cost? '100 litas for an oral exam (around thirty euros), 50 for a piece of coursework;' a sizeable amount of money in this Baltic state. Obviously, Tomas goes on to say, 'nobody complained because it suited everyone, but the professor was caught and has changed university.'

With thanks to Indre Kumpikeviciute