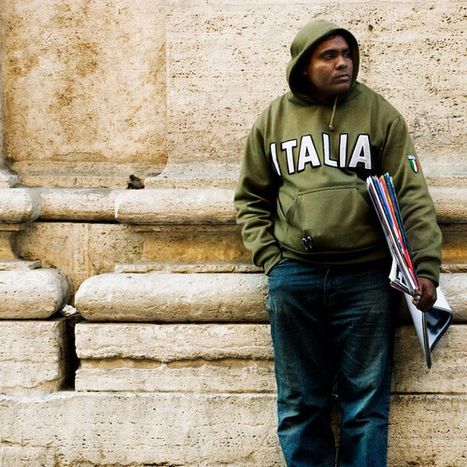 Backstage: story of a Senegalese street vendor in Rome

‘La petite vendeuse de soleil’ is a moving film first shown at the 1999 Cannes Film Festival in the 'director's fortnight' category. It tells the story of a young Senegalese girl who is a street vendor for the newspaper ‘Soleil’, a common job for immigrants living in European cities.

Off the cinema screens, we meet Ndjogou Thiongane in Rome, who accompanies us on a visit to the great mosque, and tells us his own story 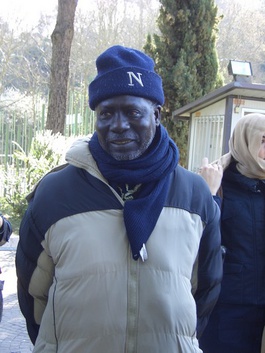 Ndjogou Thiongane has been in Italy for thirteen years now. He works on the streets of Rome selling newspapers. Terre di Mezzo ('Middle Ground') is no ordinary newspaper. The street magazine was founded fourteen years ago in Milan by a group of young journalists, and deals with topics relating to life in urban areas. It is sold by immigrants, the majority of whom are Senegalese, and the vendor receives around 50% of the price of each magazine sold.

From Senegal to Italy

Ndjogou spent his first three years in Italy as an illegal immigrant. He received his much-coveted working visa when he found the job working for the Terre di Mezzo publishing house. On a trip organised by the 'Insieme nelle Terre di mezzo' (‘Together in the Middle Ground’) association to the great mosque in Rome, Europe’s biggest mosque, he is a travel companion par excellence. As we head to the mosque, he recounts the journey which brought him to Italy from Senegal, finishing with how he came to be a street vendor. 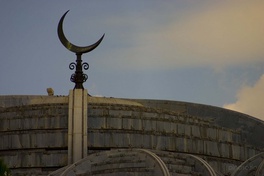 For Ndjogou, this journey was one of hope towards a country which, for many Africans, even now still represents El Dorado; for the listener, it was a journey of discovery through his Ndjogou’s culture. 'When I left the first time, thirteen years ago, people used to get the boat from Dakar to Marseilles,' he remembers. 'Some people would get off there; others would catch a train and secretly cross over the Italian border. From there, each person would make his own way to a city where he had some sort of friend or contact.' Nowadays, the first part of the journey is much shorter but much more expensive: an immigrant first arrives in France by air and then works there to earn enough to move out the whole family.

If he doesn’t have the sufficient funds, he has to choose the longest and most dangerous route. In 2003 Fabrizio Gatti, a journalist from centre-right daily Corriere della Sera, documented this process in the investigation Fleeing Africa: On the Road with Illegal Immigrants, during which he travelled five thousand miles from Dakar through Mali, Niger and Libya. At Tripoli, he finally succeeded in obtaining passage over the Mediterranean to the island of Lampedusa. He had only the essentials with him: a rucksack, a jerrican for water and a Tuareg turban to protect himself from the baking desert sun. The journey lasts a month and a half and is the ultimate test of survival: the majority of people who attempt it succumb to exhaustion or illness.

According to the Caritas statistical dossier on immigration (Dossier Statistico Immigrazione ), 62, 620 Senegalese immigrants live in Italy with full visas (data correct on 31 December 2008). A total of 832 of them are living in Rome, of whom less than a fifth are women; indeed, Ndjogou’s three wives and fifteen children are still in Senegal. 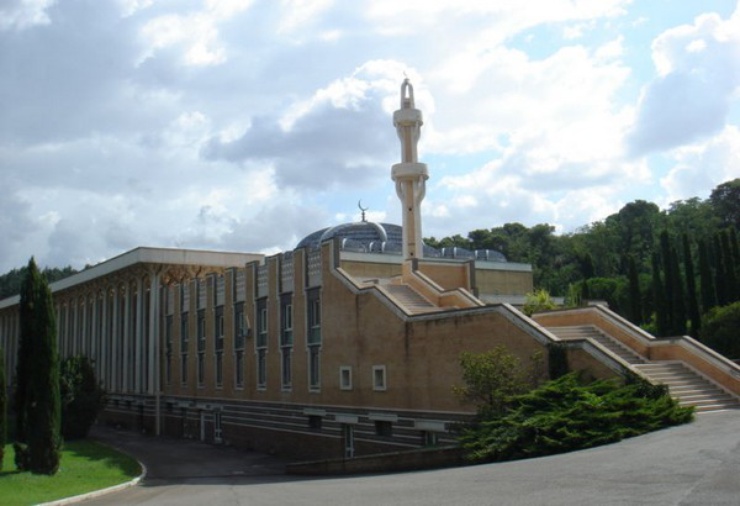 Ndjogou is a practising muslim and attends the mosque every Friday. 'I practise my faith openly, and I have never experienced discrimination in Italy on religious grounds. Of the Italians I have encountered in these last few years, more have been open-minded and welcoming than they have racist. The idea of racial attacks doesn’t worry me. I feel pretty safe in Rome.' Based upon the ethnic composition of immigrants into Italy, the Caritas immigration dossier estimates that there are 1.2 million muslims living in Italy, 54, 000 of whom are in Rome. In order to promote dialogue between different religions, the great mosque of Rome offers free guided tours every Wednesday and Saturday morning. On Fridays, the muslim holy day, it is visited by more than 2, 000 muslims, and during religious festivals, this figure often increases to 15,000.

'I have never experienced discrimination in Italy on religious grounds'

Aziz Darif, who was born in Morocco and moved to Italy in 1991, describes the situation. 'During the eighties, when work on the mosque was just beginning, the local residents contested its construction in that particular area. With time, however, they realised the cultural value it could have and now the local parishes, schools and cultural associations come to us to learn more about muslim culture, and to visit this architectural gem.' The mosque was designed by the Italian architect Paolo Portoghesi who will also design the Strasbourg great mosque. Aziz works at the mosque in Rome as a tour guide and cultural expert, and he is part of the citizens’ council for the representation of foreign communities in Rome. In his opinion, Europe 'must always promote inter- faith dialogue and should support local initiatives which encourage cultural education and encourage female immigrants to integrate in general society.'

For Ndjogou, selling newspapers is a way of integrating himself into Italian society. He works every morning in the Aldo Moro Piazza, which is teeming with university students, and every afternoon at the entrance to the Feltrinelli bookshop in the Piazza della Repubblica. However, the economic crisis has also affected his sector, so for a few months he has been working selling books for another publication company alongside his job with Terre di Mezzo. Another problem is competition with other, younger, street vendors who use more engaging sale techniques. He, however, waits patiently behind his counter for customers to approach him and buy this newspaper which contains a little piece of his world.