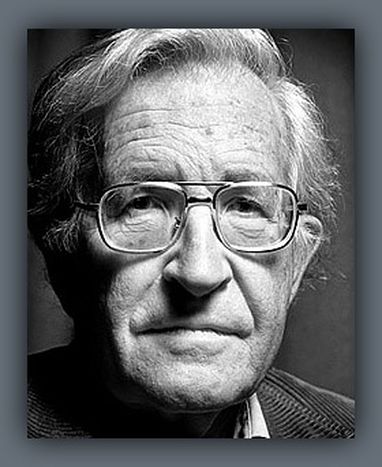 Back to the Capital Community - Noam Chomsky in Tallinn (1-3)

“Mr. Chomsky, What do you think about Barack Obama, your new President?” It is with this – predictable – question that the videoconference with Noam Chomsky, one of the highest intellectual nowadays starts in Von Krahl.

About the changes that Obama’s victory will bring to the World, he is sure that this is an important step for the US Democracy because an Afro-American became President after 44 years from the Civil Rights Act, something which can be seen as the real end of the Racial Segregation in the USA.

According to Prof. Chomsky this is a big change for the USA but it does not have the same significant meaning for the rest of the world. In his opinion, for example, what happened in Bolivia in 2005 when Evo Morales has been declared the country's first fully indigenous head of state in the 470 years since the Spanish Conquest it is something that could somehow considered more important than Obama's election.

He explained his point of view showing how that has been the first time in world's history  when a discriminate community had the possibilities to practise its political power and to bring at the high level of State Power one of its representatives.

This was a real change in national politics and, at the same time, also a hope for many other communities that through the last century suffered the invasion and the control of the western countrie or, how we like to call them nowadays “developed” ones (Whether we developed using other countries resources or whether the prestigious European universities developed thanks to the gold taken out from South America is then something which might be worth to be discussed too... )

In many ways, what Evo Morales win represented, was even more important than  Lula's election in Brazil as only the first one can be considered as a truly representative of a community which is present all over the American Continent while the second one strenght has been to gain the preferences of  the poorest people in the Brazilian society as a representative of the Labour Union.

What we also have to realize about Obama’s election is that we cannot consider as solved historical issue of racial discrimination: Barack belongs to the American middle-class, he has high education and he is somehow part of an American Dream which still discriminate many other minorities because of external economical interests.

Obama has the possibilities of bringing a change, sure, but only if he will keep in mind his origins. Something which is not naturally implied in his election.

After different interesting question collect by VonKrahl Academia (), as quite predictable, it came the time of discussing the financial crisis.

a special thanks to the organizer of the “ Kas on elu pärast kapitalismi?” for the freedom and the alternative world’s view that they brought to Estonia.