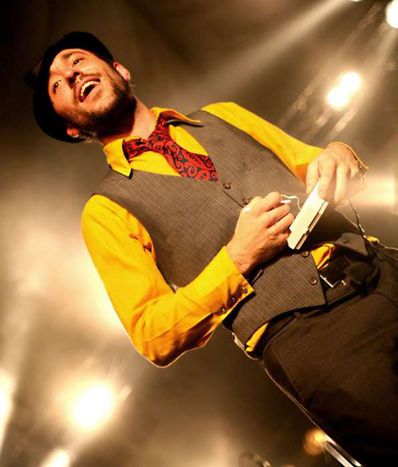 ... but what are these awards? A press release alerted me to the existence of an award show put on by the European commission for European music acts that 'cross borders'. Interesting idea, but the way it is structured is kind of silly

The European border breaker award seems to ignore a fairly obvious fact – if they were being honest about the awards, almost all of them would go to British acts [this year one out of the ten awards went to Cornwall-born singer Charlie Winston - ed]. Apparently this award show has been going since 2004, and previous winners include France’s Carla Bruni, Germany’s Tokio Hotel, Italy’s Tiziano Ferro and Benito Benasi, Sweden’s Basshunter and Britain’s The Ting Tings. This year’s awards [which honoured the likes of cafebabel favouritesBuraka Som Sistema- ed], took place on 14 January in the Netherlands, hosted by the BBC’s Jools Holland.

Intrigued by the concept, I found that the objective of the awards, co-sponsored by the European broadcasting union, is to 'highlight the success of 10 debuting European artists in selling albums and touring outside their home territory' and to 'stimulate the cross-border circulation of artists' works.' It’s a cool idea, but it appears to ignore the awkward fact that the vast majority of songs that can claim to reach a truly pan-European saturation are in the English language, and the majority of those are from the US or the UK. Yet looking at the winners from the past 4 shows, UK awards seem to have been limited to one per year (with the exception of 2008 when they won two). Past winners have included The Darkness, Katie Melua (who?), Corinne Bailey Rae, and the Fratellis. Seems to me a rather arbitrary list. How were these acts decided on?