Austrian goverment will return immigrants back to Greece, following the Dublin Convention

Austria keeps being provocative for a second time, since yesterday a decision was announced by the Austrian government to return refugees fleeing to Austria back to the first country of the EU they have entered, namely Greece. Greece despite its financial dept is facing also a humanitarian crisis since it cannot accomodate all the immigrants coming from Asia and Africa. 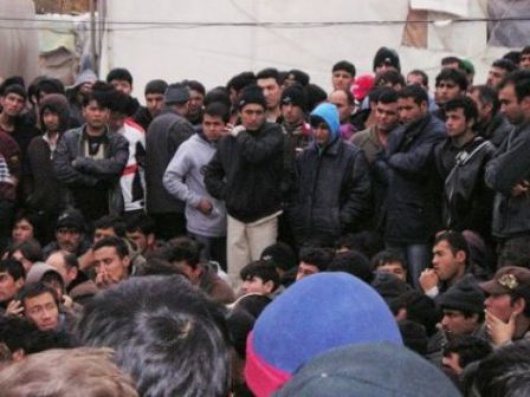 Theoretically, the Austrians are entitled to do so, applying the ''Dublin Convention II'', however questions have been raised about the time of the decision which is interpreted in Athens as another form of pressure, since two days before the Austrian Minister of Finance came really close to block the EU support mechanism for Greece by refusing to pay Austria's portion to the EU loan.

Also, Austrians chose to implement the ''Dublin Convention II'' while other European countries such as  Britain, Norway, Denmark, Sweden and the Netherlands have recognized that if they apply the Treaty in terms of returning the immigrants, then Greece will have to bear enormous weight.

From this blog, we have raised the issue in the past, in our article ''Europe, Roma, Dublin Convention...Let sleeping dogs lie''. It seems that this ''European solidarity'' is interpreted like ''We are on your own my little fellow''...

I am wondering, what if Greece finally was to give them asylum and therefore allow them to freely travel inside the EU ? Then they would be able to freely settle in the EU..Now dear member states, immigration would become a problem ''in your backyard'' too??