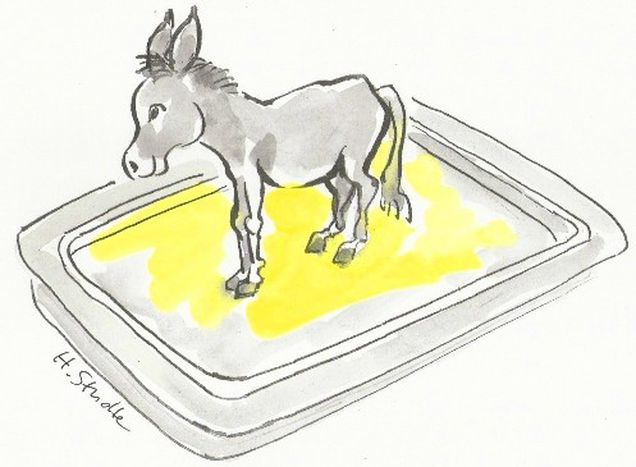 During breakfast, an Italian asks for burro while pointing to the butter. It sounds Chinese (me suena a Chino

) to us Spaniards; burro is the word we use for 'donkey' (in Spanish butter is mantequilla)...

) too, the Italians would tell you it sounds like Arabic (Parlare arabo

To top it all, if a Finn were to pass by and hear all this, he would settle the discussion by adding that everything the others were saying sounds Hebrew to him.

To a German, this tower of babel would sound Spanish (das kommt mir Spanisch vor)