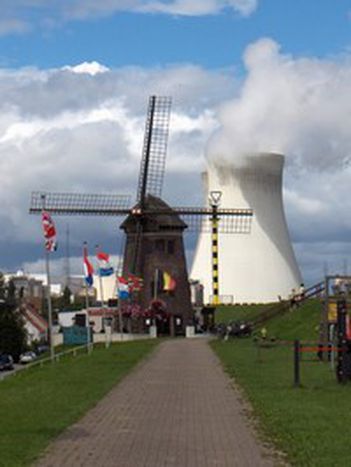 Atomic energy is a divisive issue. Germany and Sweden have decided to opt out, France is increasing its investment. Are we playing with fire or is atomic energy the only way to deal with the current energy crisis?

The issue of atomic energy is more controversial than ever before, especially in Europe. This is surprising when one looks at how established it is: 440 nuclear power stations in 30 countries produced 16% of the world’s electricity requirements in 2004. 104 of those are in the United States, some 60 in France. At the end of last year, 26 new plants were in the process of being built, 18 of them in Asia. Prior to the addition of 10 new countries to the EU last May, more than 30% of the EU’s electricity was generated by nuclear power and the European Commission continues to subsidise and support research in the field of nuclear energy. But the member states remain divided about its use.

It has been the opponents of nuclear energy who have received most attention in recent years. The Atomgesetz (law governing nuclear energy), which came into force in Germany in 2002, generated much attention as it foresees a gradual withdrawal from nuclear energy by 2021. Likewise, Sweden (1980), Italy (1990), Holland (1997) and Belgium (2002) have all decided to steadily decommission their nuclear power stations, even if there are still disagreements as to how this will be done, most notably in Italy. Other countries such as Portugal, Austria, Denmark and Ireland never even entered the club of nuclear energy countries; something which can only be said of three of the new member states – Poland, Estonia and Latvia.

Atomic energy poses many problems, or so its opponents argue – it is simply too dangerous, the issue of nuclear waste is insolvable and the risk of nuclear materials being misused is just too high. They also highlight the economically unsound nature of nuclear energy due to the extremely high sums required for building such power stations, and for decommissioning them. Many critics stress that nuclear energy only appears to be so cheap thanks to the unjust state subsidies which total about a trillion dollars since 1950. Those advocating the withdrawal form nuclear energy believe the future is one of energy efficiency, renewable energy and the efficient use of conventional energy sources such as coal, oil and gas.

Nonetheless, some of the biggest producers of nuclear energy have decided to stick with this energy source. Over 80% of France’s electricity production is generated with nuclear energy and it has the highest concentration of nuclear power stations in the world, and is planning to build a new reactor with water pressure technologies in 2007 in Flamanville. Work has already started on the new reactor in Olkiluoto in Finland. Hungary, the Czech Republic, Slovakia, Slovenia and Lithuania have no intention of giving up on nuclear energy, even if some Soviet-era reactors have to be decommissioned by 2009 due to safety issues. Although the UK and Spain do not rule it out, they have no plans for new power stations at present unlike Japan, Russia, China and India, where the building or opening of new plants was announced in 2004. In its Energy Policy Act 2005 the USA advocated the expansion of its nuclear energy capacity, with President Bush announcing the building of new reactors before the end of this decade.

Advocates of nuclear energy stress its economic advantages, especially in the form of lower costs of production, as well as its autonomy from fluctuating oil prices. They believe in the technological advances which will make the running of power plants and the disposal of nuclear waste safe. And they emphasise, like the International Atomic Energy Authority, (IAEA) that nuclear energy has low greenhouse gas emissions which, in the context of the restrictions laid down by the Kyoto Protocol, can provide new economic benefits.

What will the future bring for atomic energy? On the one hand it is becoming an increasingly attractive option in light of oil price developments and the Kyoto Protocol. The international ITER project aims, under the auspices of the IAEA, to build a new fusion reactor by 2016. It is a show of strength by the participants, the EU, China, Japan, Korea, Russia and the USA. Even the proposed European Constitution retains the EURATOM Treaty of 1957 for the support of atomic energy, once again highlighting its special role.

On the other hand, buzzwords such as “nuclear waste” and – since September 11th and the crises in North Korea and Iran – “nuclear terrorism” have called nuclear energy into question and put it under the spotlight once more. And all the while the economic paradox remains – existing power stations are currently amongst the most effective in the liberalised energy market, but the building of new nuclear power stations is almost unthinkable without government subsidies and, in needing these subsidies, nuclear power goes against one of the core principles of free market competition. It is perhaps unsurprising that a delaying of decommissioning existing nuclear power stations is once again up for discussion, even amongst nuclear power’s critics.