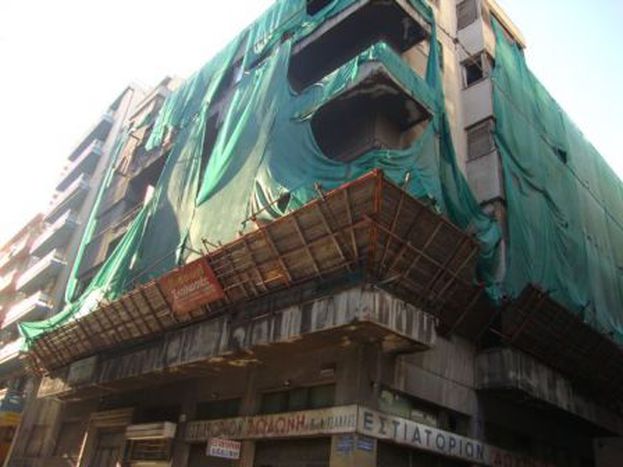 Athens is still waiting for a square..

It seems that in this country the only thing capable of mobilizing the bureaucracy is .. elections! The Minotis-Paxinou square .. coming soon .. From the first day hr took over the municipality of Athens, the current Mayor Kaklamanis, promised that the old building  in Veranzerou Street, which had been declared innapropriate because of the 1999 earthquake , would be demolished.

The old building which is found right in the heart of the capital, within walking distance from Omonia Square and near the National Theatre would give its position to a new 1000 sq. metres  square.. This would be the first new square in the historical centre after 150 years .. .. a square which would bear the names  of  Alexis Minotis and Katina Paxinou, in order to honor these  two ''sacred monsters'' of the Greek theater.

Despite ambitious declarations, four years after the building is still there ..

Miraculously, the gears of bureaucracy seem to have started running this month, with the contractor entering the building  .. while at the same time the election race had started for the candidates ..