At the half-time of an important match

Written by Linda Krajcsó, translated by Tamás Kovács Three months have passed and the same time remains for Hungary as the president of the European Union’s Council. As we have reported it earlier, the Hungarian presidency announced the economic improvement, the accession of Croatia, the extention of the Schengen Area to Romania and Bulgaria and the minorities’ increased protection as priorities.

In this list we could find specifically national objectives such as the revision of the Common Agricultural Policy and the implementation of an international European energetic and water policy. Half-time report.In January, Europe was loud by the Hungarian domestic policy, in February it became certain that the Eastern Partnership summit will be organized during the forthcoming Polish presidency. In March, a new basic document of the European Economic and Monetary Union (EMU) was drafted. This is the so-called Euro-Plus Pact or in other words the European Competitiveness Pact.According to the Hungarian presidency’s communication, 75% of their tasks are inherited from Belgium and only 25% are national priorities driven under the “Strong Europe” motto. But now, at the halftime, it seems that the national lobbying works much better, than achieving the EU objectives. There is no surprise if we consider the conservatism of the Hungarian government and the fact that the common EU goals are too general. The changing media highlights apparently alter the presidency’s focuses. After the Roma’s “deportation” from France, still in the preparation period, Hungary announced the minorities’ protection as a crucial objective for its presidency semester. At the beginning of 2011 with the new Hungarian media law in the focus, the French issues lost their attraction and even an MEP questioned the eligibility of the Hungarian presidency. This issue has been stagnating since then, but it is surely not closed yet. The law text has been modified according to the European Commission’s request, but the left and liberal fractions still complain the abolition of the freedom of the press in Hungary. The national priorities primarily concern the agriculture, energetic and water policy. According to Hungary, the future of Europe depends on a wiser distribution of the three basic needs: food, energy and water. As a basically agrarian member state, the greatest success of the Hungarian presidency so far has been achieved on 17 March when the European ministers for agriculture agreed in simple majority on the Common Agricultural Policy for the period after 2013. According to Bruno Le Maire, French minister for agriculture, it is a giant step that Berlin is ready to overthink his historical preferences concerning the direct agricultural supports and Warsaw changed his mind about the producers’ flat-rate payment in the area of the European Union. Another successful agreement was born at the summit of the member states in February. The agreement states, energy islands should disappear in Europe, and this time they don’t mean the energy producer units on the ocean. Instead, Hungary prefers a common energy policy so the energy addiction of the member states would come to an end. The energy needs of the Baltic states and Hungary are mainly satisfied by Russia. 85% of the gas used in Hungary come from the East, and in the past two and half year this channel was closed five times. So building a North-South pipeline system in the Central Eastern European region is a goal and at the same time a need. However, a few days ago Bálint Ódor, state secretary of the Hungarian Ministry of Foreign Affairs, was quite positive saying that the member states announced the opening of a common energy market until 2014. And the Hungarian presidency’s next big challenge remains on these energy fields. After the Japanese nuclear damage, Günther Oettinger, European commissioner for energy, urged every member state to stop its nuclear energy production. While in France 78% of the energy are generated by 58 reactors, the same rate in Hungary varies between 40-50% and Italy has no nuclear reactor at all. The compromise is likely to be hard. Like in the case of the Euro Plus Pact. The document, which is part of the European Stability Mechanism, was accepted at the en end of March. According to the pact, the member states get under common control regarding pension, labour market, budgetary and financial issues. The pact was accepted by 23 member state, Hungary not included, considering unacceptable the budgetary point. However, one of Hungary's unexpected successes is the adopted so-called 6-pack. At least as the Financial Times . The 6 new laws concerning the common European economic governance were promoted by the Commission in 2010. The Hungarian presidency, quite optimistically, plans to close the discussion until the end of June. 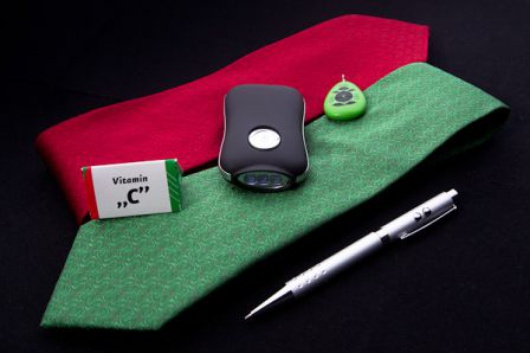 Postponing the Eastern Partnership’s summit was a bit controversy. The main objective of the Eastern Partnership is to improve the political and economic relations between the EU and the six ex-Soviet states. The meeting is hold in every two year, and this is the most important multilateral event of the EU. For the Hungarian presidency this would have been the only summit to be organised by and in the country. As released on the presidency’s website: “the original date would have clashed with several important international events, such as the G8/G20 meeting and the OECD’s 50th Ministerial Council Meeting. These logistic problems would have been hard to overcome.” As for the general EU priorities, the impossibility of the Schengen Area enlargement to Romania and Bulgaria became clear very early, already at the end of January. The balance was unhinged by the French and German ‘NO’ expressing their fears for the fast accession. Thomas de Maiziere, French Minister for Internal Affairs, declared that “Romania and Bulgaria have to go ahead in the fight against corruption and in the reforms of the justice system”. As for Croatia’s accession to the EU, the presidency wants to close the debates in three months. There are many tasks left and the bet is huge. If the presidency closes the period successfully, Hungary could become a more important decision maker on the European ground. Let the candy with vitamin C, offered by the presidency to foreigners in order to popularize Hungary, be with the presidency!