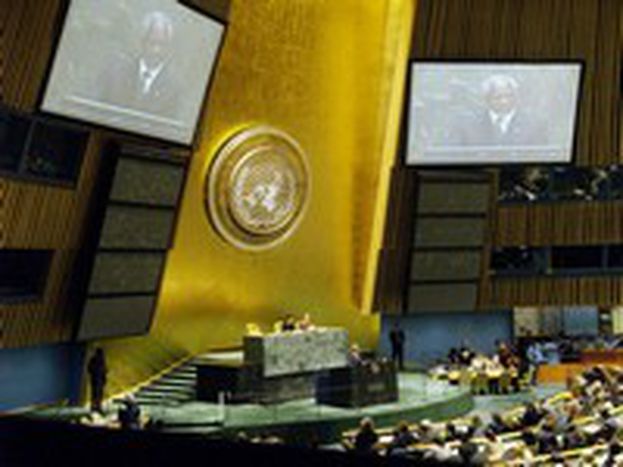 All the pomp surrounding the 60th anniversary summit of the UN should not mask the organisation’s problems. The proposed reforms are a good response to these, and Europeans should do their utmost to promote them.

“The biggest world summit in history”. It is in these terms that observers have described the opening session of the 60th UN General Assembly which, from September 14-16, should bring together the heads of no fewer than 175 governments. Beyond the symbolism linked to the 60th anniversary, it represents a chance for Kofi Annan, the UN Secretary General, to make vital reforms and adapt the aims of the organisation to the challenges of the 21st century.

But the splendour of the celebrations should not hide the organisation’s problems. Once the illusions of the end of the Cold War had cleared, the United Nations has repeatedly found itself marginalised, notably when it comes to international security. In 1999, NATO bombardments in Kosovo were only supported after the event by the Security Council. In 2000, Bush and his neo-conservatives – not terribly fond of the organisation – entered the White House. September 11 and the development of international terrorism also marked a change in the nature of the threat to international security, to which the UN has not really adapted. And last but not least, the American-led war in Iraq dealt the final blow to the Security Council.

As far as more recent setbacks are concerned, we can cite the Oil for Food scandal, which reinforced the image of indulgent international civil servants, and the lack of progress in achieving the UN’s Millennium Development Goals. The appointment of John Bolton, a hawk known for his ‘unilateralist’ vision of American politics, as American ambassador to the UN was the icing on the cake.

In reforming the UN, Kofi Annan wants to put the organisation back in the saddle. This is the aim of the summit, starting with a clean-up of the administrative management, an American initiative. Then by reforming the Security Council, in order to reinforce its representative nature and legitimacy, as its current composition still reflects the balance of power of 1945. However, there is a stumbling block: even the Secretary General admits there is no chance of this reform coming into effect “before the month of December”. Finally, among others, by re-launching the Millennium Goals and once again emphasising the aim of 0.7% of the GDP of rich countries being devoted to development aid.

Will all these reforms see the light of day, or will they be added to the list of promises broken by the organisation and its member states? The position of the United States, refusing any element that restricts American politics, seems to have softened. Europeans, disunited, are themselves absent from the debate.

If the members of the EU believe in multiculturalism and international legality personified by the UN, they should put more effort into the reform of the organisation. And convince it of their model – settlement of conflicts by law, democratisation and economic prosperity. Aims carried in the Charter, but which the UN struggles to carry out, through a lack of real conviction.