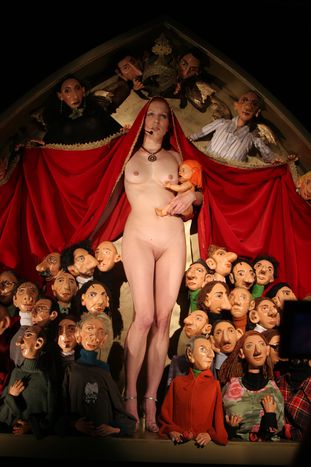 Art in Slovenia: Eclipse is an 'open vagina nibbling at things'

The anonymous art collective admit they don't 'fit the norms': they use everything from pigs’ heads to world war weaponry to get across their message of social criticism. Ten years on, the female duo from Ljubljana have just finished the final works for their new exhibition '10 – Of Blasphemy We Are Guilty'.

Eclipse is two women in their early thirties who I meet on a winters day in Ljubjlana. It's just warm enough to sit outside and drink coffee under the trees at a French-style 'arty' cafeteria on the edge of the city centre. All around bubble people in fresh, sunny colours. The duo never use their real names; instead, their work is endowed with an unmistakable signature. ‘How we approach our work has been always clear – serious subjects, approached with humour.' They were final year students at the Ljubljana academy of fine arts and design when they first worked together in 1999. A school project in an attic turned into a six-month-long photography session. ‘It was fun,' they tell me. 'Everything we thought of, we said let's do it.'

War and Breakfast on the Grass 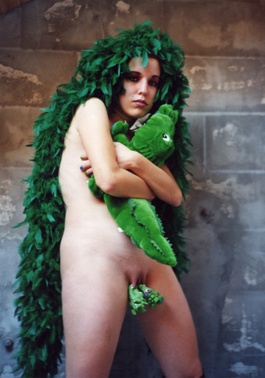 Eclipse called their first exhibition Breakfast on the Grass, alluding to the 1863 Édouard Manet painting. The series of 300 color photographs were presented in a grass porno-scene installation. 'We used a pig's head and feet, McDonalds food, sausages and french-fries, an open vagina nibbling on things from the modern world: we were very explicit. Some were shocked, others fascinated. It is always like this. People either like what we do or hate it - there are no lukewarm responses.’ Today critics are united on the extraordinary quality of their debut, which remains one of their most radical and potent projects. By 2001, Eclipse had won a Slovenian golden bird award (zlata ptica) for innovative artistic achievement. It took them to present their work from Sarajevo to Brussels, and they have exhibited in Croatia, Austria and Switzerland.

'What we express through our work has always been a form of social criticism,' the girls say. In 2004, Eclipse released Pax Slovenica, a daring project addressing the history of Slovenian and European crimes committed in the aftermath of world war two. The work was inspired by the killing of local nazi collaborators and the continuing controversy surrounding the burial and commemoration of the slain. ‘We joined two photographs in stereogram foil together and framed it with pieces of firearms that were found on former battlefields. The viewer sees two photographs simultaneously from different angles,’ they explain. One image is of a white female and a red skeleton making love on a memorial; the other image shows the female in red and the skeleton in white, on the ‘other’ memorial for the ‘other’ victims. ‘These colours are clear political definitions of good and bad. White for the nazi collaborators, red for (dictator) Tito’s partisans. Pax Slovenica was a response to the political reality that surrounded us at the time. We responded to offensive political populism and searched for reconciliation in the ultimate act of love.’ 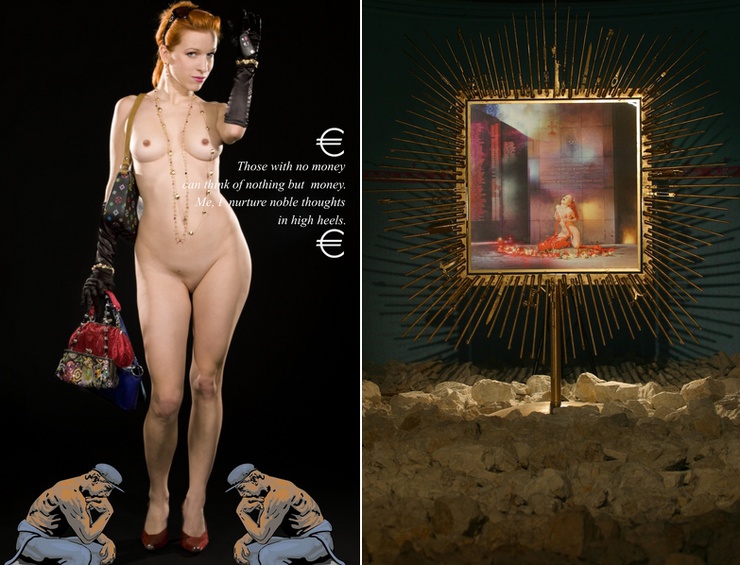 In the same year Eclipse presented Spectrum Magenta, a performance where a woman seduces a computer, extending it into her intimate worlds. ‘Can a computer game offer an orgasmic finale?’ they challenge with a smile. But the most controversial and sensitive issues they tackle are religious norms, they tell me. These were the subject of You Shall Have No Other Gods Before Me (2001), and the 2007 performance 11 (In Emotion We Break) in which they confessed the history of their sex lives. One part of the performance was done in the iconography of St Mary, the Patron of Ptuj, the oldest city in Slovenia. 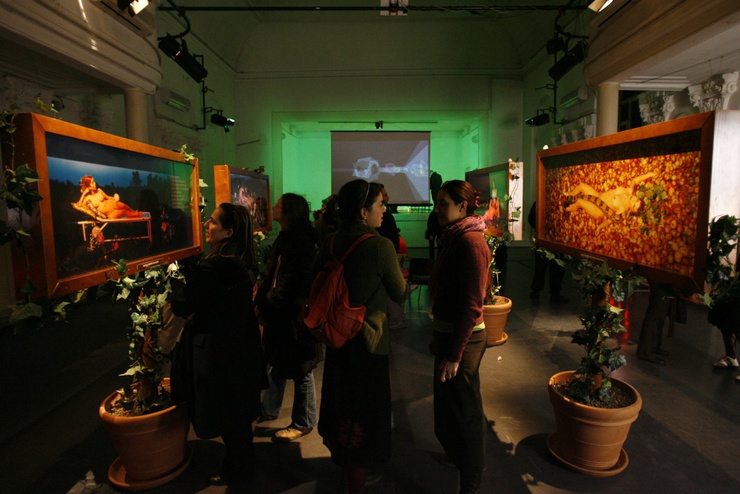 ‘The religious officials held cleansing ceremonies in Ptuj after our performance. Later the archbishop of Maribor accused us of offending religious feelings. We were called in for questioning by the police as the roman catholic church was afraid we might do our performance annually. It was absurd, but at the same time very serious. Some things people wrote and said were scary, to say the least,’ they explain.' Their customary humour is gone. ‘You see, we don’t fit the norms. It has to do with us as individuals. Today 95% of art accepts certain norms. Our victory is that we have done so much in absolute privation, in impossible working conditions. We refuse to accept the conditions we live in. We say We can! Just look! This is a victory. We are finding our own way to our goals, and we hope it reaches and touches as many people as possible.'

The woman may play with nudity to relay a universal language of kitsch and the body, using colourful images along the way. Yet their softness and innocence is a decoy; their work offers a wake-up call as well. The presentation of pleasure and beauty works to reveal hatreds and fears, the darker side of who we are. ‘Our manifesto defines us as a self-destructing project,’ they unflinchingly finish. ‘We will stop when there will be no more content left. We never understood Eclipse as a life quest. If we think it is better to engage in a different kind of expression, we will start something new.’