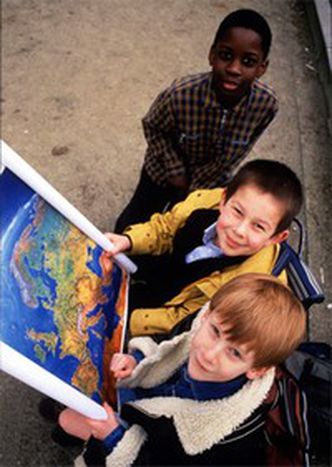 Are you speaking my language?

The Maltese start learning a foreign language aged 5, Finnish schools teach up to 4 different foreign languages, and 80% of Danes are fluent in another tongue. Then there’s the British…

Multilingual communication is the oil that keeps the wheels of international co-operation turning, makes intercultural understanding possible and strengthens our sense of world citizenship. And it comes in pretty handy for global trade. People with language skills have better job prospects, better brain function and, if a poll of UK dating agencies is to be trusted, greater sex appeal and self-esteem. What better reason to become a polyglot?

Discrepancies across the continent

In a Europe where the use and study of foreign languages varies wildly from one region to the next, encouraging universal proficiency is high on the agenda. In 2002, the Barcelona European Council voiced a need to “improve the mastery of basic skills, in particular by teaching at least two foreign languages from a very early age”. The age of introduction to language learning fluctuates from as young as five in the Netherlands to as old as 11 in the UK, and there are differences in the range of languages on offer, the length of time during which they are studied, and the degree to which this learning is compulsory or optional. For example, Swedish secondary schools offer a pick-and-mix credits system allowing pupils to determine the language emphasis of their timetables; other nations’ curricula are more prescriptive in terms of which languages are studied, when.

A recent Eurydice report into language teaching in Europe does identify some promising common developments, and reveals that multilingualism is on the rise. Learning at least one foreign language is obligatory in almost every country, and two is the norm. The duration of mandatory learning has gone up by roughly one school year since 1994. Furthermore, many countries have responded to the call for increasingly early integration of languages into primary education, including Belgium, Denmark, Greece, Austria and Italy.

Continent-wide initiatives such as Comenius ensure that the language assistant exchanges and school partnerships that for years have brought a European dimension to everyday school life across Europe are still going strong, and in higher education, the Socrates/Erasmus scheme makes rewarding international experiences possible for university students and staff.

Everyone speaks English, don’t they?

However, there is one group of Europeans bucking the trend towards more widespread use of foreign languages and remaining chronically monolingual: Anglophones. In keeping with its status as a global lingua franca, English is by far the most popular foreign language to learn in Europe, as in the rest of the world. Nearly 90% of European schoolchildren are learning it from Poland to Portugal. But where does this leave its native speakers? It’s no great surprise to find that less than a third of people in Ireland and the UK know anything besides their mother tongue.

Britons’ complacency towards cultivating additional language skills is fairly notorious. As islanders, we have simply never developed a language-learning culture, and with our counterparts across the channel adopting English, nor do we feel a great urgency to. French and German, the most widely-taught foreign languages in the UK, are both taking a nosedive in secondary schools. At university level, institutions are having to cut language courses due to insufficient numbers of students, and those taking other subjects are missing out on Erasmus opportunities because their language skills aren’t up to living abroad.

Although the national languages strategy devised to address our linguistic inadequacies has succeeded so far in promoting access to languages in early childhood in 50% of schools, the simultaneous phasing out of compulsory languages at the age of 14 may sabotage any gains. Universities complain that it will have a direct effect on admissions, and ultimately, the future supply of language expertise. Who will be teaching children to count to dix when such is the shortage of language teachers that the government is having to bribe graduates with financial incentives to commit to the profession?

Already the UK does not have enough qualified linguists to meet its needs; contrary to popular belief, we cannot get by anywhere, in any domain, on English alone. Isabella Moore, director of CILT, the National Centre for Languages, warns that the fall in multilingualism has serious implications: “With 70% of businesses now involved in some form of international activity the idea that languages are just for ‘academic’ pupils is short-sighted and damaging to the economy.” Roger Woods, chairman of the University Council of Modern Languages, confirms: “Companies are starting to understand that they are losing business by not having foreign language capacity.”

The benefits of multilingualism to individuals, economies, and to international society as a whole can hardly be overstated, and we need the language policies to match. Most of Europe has got the message. As for Anglophones, if not the desire to keep up with our high-performing neighbours, then perhaps the gradual realisation of what we stand to lose personally, professionally and economically by restricting ourselves to our mother tongue might yet shake us out of linguistic lethargy.

Published June 20, 2005 in the issue A Europe of misunderstandings