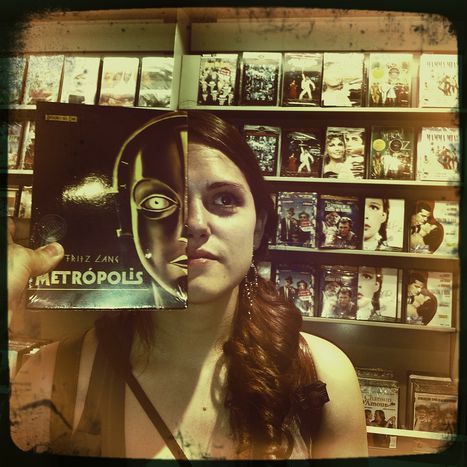 Are you confiscating my ipod? EU citizens against ‘Acta’ treaty

A proposed worldwide ‘anti-counterfeiting trade agreement’ (ACTA) would impose a legal framework on online intellectual property rights. The term 'internet' is not even mentioned once in the entire treaty, infuriating European citizens who fear for their freedoms and about censorship

The European commission has already approved the treaty regulating computer software piracy and counterfeit goods, whilst the parliament has until 1 May 2013 to do so. On 26 JanuaryPoland will follow in the footsteps of eight countries - the United States, Australia, Canada, South Korea, Japan, New Zealand, Morocco and Singapore - by signing the document.

Warsaw is the hotspot for Europe's recent Acta protests. Those who disagree with the Polish government's decision to sign the treaty in Tokyomanifested their disapproval for 'clandestine' negotiations in front of a European parliament office on 24 January. Thousands of internet users are propping up a 'No to Acta' (Nie dla ACTA) facebook page. The Anonymous Polska hackers group has published a list of passwords to top ranking politicians' mailboxes, as well as blocking the official websites of the prime minister and the internal security agency.The European commission is assuring citizens that accusations of censorship and restriction of fundamental rights are unfounded.

The United Kingdom independence party (UKIP) is the only one supporting Acta in the European parliament, to the disdain of the UK pirate party. As in Estonia, experts have stated that it would not be a grave deal with change with Acta’s enforcement.

Germany, Austria: hack you very much

Have non-geeks even heard about Acta since it was negotiated more or less in secret since 2007? Official reactions in German-speaking countries have been spare. Only the pirate party is actively against the global anti-piracy treaty. A few points conflict with German law; for example, in Germany monitoring of users is only legal if criminal liability can be proven. In Austria the treaty was waved through the minister’s council on 24 January. Hackers such as Anon Austria returned the air kiss by paralysing the websites of a few ministries.

Don’t forget that Acta is not a law, it’s an international treaty! The Spanish media criticised the secrecy around it in 2009 and 2010. Protests took place on 5 December 2010 in different Spanish cities, before the coverage died down. The Spanish download law, called the Ley Sinde, has incited more furore; it was created by the former socialist government (PSOE) and approved by the current conservative one (PP). With this law, an intellectual property commission can evaluate different websites and decide if they violate author rights. A site could then be closed down within ten days.

The Acta treaty is similar to two laws called Loppsi and Hadopi. The latter, launched in 2009, aims at protecting artistic copyright in the cultural world. It has been a failure as French users have continued to download. Each time the ‘freedom of internet expression’ is broached, we get a similar reaction as in other European countries. Most recently the closure of the file-sharing service Megaupload, which people used to watch films online, saw the French government website hacked as well as the Hadopi homepage and the page of the newspaper L’express, whose editor had backed the move.

Italy: down to a judge

Only a judge can decide to have a web content removed in Italy. Most recently a member of the northern league (lega nord) party, Giovanni Fava, proposed an amendment in the law: everyone could demand that a hosting provider (google, facebook, youtube) clear an offending web content. The amendment was approved by the parliamentary commission (Camera dei Deputati) but will most likely be stopped by the Italian representatives. The last word on Acta and the rules on the web copyright will be called upon by the European parliament.