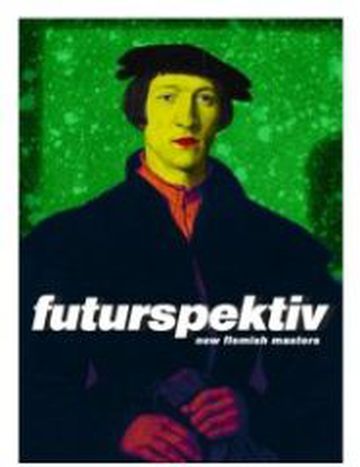 April is the month of spring, sunshine, contemporary art and bicycles in Budapest. Find out more in our current Cultural Agenda. PortfolioPoints exhibition-series (1 - 18 April)

PortfolioPoints is an exhibition series that has been presented for the third time this year with the aim to provide opportunities for young painters, photographers, graphic designers to make their debut to the audience.

The program lasts for two weeks in 30 down town venues where you may find creations of 30 talented young artists. Graphic designs, graffiti, prints and stencils, mosaics and photos, painted pictures and visual plans. Further infos on the venues and exhibitors (in Hungarian) can be found here. The closing event will be on 18 April in Toldi cinema with video screens, visual jams performed by the most famous videogurus and DJs.

This spring has arrived on the last weekend with sunshine, bright colours and hundreds of bicycles all around the town. However the bicycle roads along the Danube shore has been messed up by heavy machines and patched with huge holes and dumps, you may theoretically and technically bump into many experienced and beginner bikers on the road who make their way to hang around the city or even go to work by bike. Last Sunday, criticalmass organized a meeting with tips and tricks in front of Westend Plaza to help bicyclers to learn how to repair and fix their bike on their own. The season opening also begun on 5 April at Millenáris Velodrom (Szabó József utca 3. Budapest, Hungary, 1146, Opening Hours: Wed: 4:00 pm - 9:00 pm, Sat: 10:00 am - 3:00 pm), which is an indoor arena in Budapest for bicycle races. The ancestor of the Velodrom was built in 1896 to celebrate the millennium of the Hungarian conquest of the Carpathian Basin (that can be deemed as the establishment of the Hungarian state). The Millenáris Velodrom is the oldest track in the world still in use, its 412m long and the curves are designed for stayer races.

The opening event of the new Cycle to Work Campaign was also held in Millenáris Velodrom on 5 April. The Campaign will be from 6 April – 8 May and organized by the Hungarian Cyclists’ Club in cooperation with the Ministry of Transport, Telecommunication and Energy. Further details on the campaign and about the registration can be found on the website http://www.bringazzmunkaba.hu/.

The upcoming Critical Mass Bicycle demonstration will be at 3 pm on 19 April, three days before Earth Day. The demonstration – likewise to the previous years – will start near Tabán and the end point of the route will be in Király-domb in Városliget.

April is dedicated to theatre in Trafó (Contemporary Art House). From 8 April, Trafo presents a contemporary performing arts in a series called Pendulum. The name of the event hints at the movement of a pendulum, the roundtrip also refers to the difference between text and drama, on-stage and off-stage moments, fiction and reality… theatre and theatre. The Motion Theather Series present Beckett’s Fragments directed by Peter Brook, the latest creation (Maria-Magdalene) of the Flemish Wayn Traub, in which theatre meets film and opera. There is also a chance to taste site-specific theatre: English author Tim Crouch plays the main role in his own piece entitled England in an art gallery, while the well-known British group Rotozaza offers you the intimacy of theatre in a café (Etiquette). The project named The Large Movement by Dutch artist Dries Verhoeven presents a special mixture of on-screen illusion and on-stage reality in everyday life; and for 15 minutes everyone can become a hero in worldwideheroshow conducted by the Dutch-Hungarian Space Theatre Group. The Pendulum also presents the newest production of Csaba Horváth and Balázs Szálinger. Further details can be found on the website of Trafó.

Some of the best Flemish music, theatre, dance and visual arts will come to Budapest for Futurspektiv - New Flemish Masters, a programme of eleven events between April 9 and 30. Futurspektiv will open with a performance of Handel's Brockes Passion by the Collegium Vocale Gent together with the Akademie für Alte Musik Berlin in Budapest's Music Academy on April 9. The Ernst Museum will show an exhibition of four Flemish artists. Vérité Exposée, an exhibition by Sven Augustijnen, David Claerbout, Ana Torfs and Els Vanden Meersch, will examine fundamental questions of individual and historical memory. The Kopergietery theatre troupe will perform a piece called Run which speaks about a love of life using the language and gestures of techno culture. Two Flemish electronic music acts will play at the A38: The Subs and Shameboy. The festival's closing act will be a concert by Vive La Fete. The detailed programmes and venues can be found on the website of Futurspektív.

Pszinapszis is being organized for the 13th time in 2009 by the Psychostudent Foundation (Pszichodiák Alapítvány). Pszinapszis is Europe's largest scientific-cultural-educational event that is organized exclusively by students. The word "Pszinapszis" consists of two parts: "Pszi" means psychological, and "szinapszis" (synapsis) is the connecting point between nerves cells. The Pszinapszis conference intends to be such a "connecting point" between the general public and the psychologist society, as well as a connecting point between psychology and related sciences. Its aim is to bring psychology closer to the general public: intends to get people familiar with psychology, to accept it and to think positively about it. The 13th Pszinapszis will take place on 17-19th April 2009, in the Angyalföldi József Attila Cultural Centre (AJAMK) and the nearby Hegedűs Géza Elementary School. This year's motto - around which the programme is built - is "Scene on the Stage!". Topics will be examined from the viewpoint of 21st century psychology by our guest lecturers. The scientific programme, consisting of lectures, roundtable discussions and workshops, as well as the cultural programme - exhibitions, concerts, theatre and dance performances, will help the visitor to. The organizers also reintroduce the English section to Pszinapszis once again, consisting of lectures and workshops in English all through the three days, delivered by professors and specialists from Hungary and also from other countries.

In the Current of the Hungarian Impressionism (3 April – 2 August)

Opening in April 2009, the KOGART House (112. Andrássy út, H-1062 Budapest, Telephone:+36 1 354 3820,Fax:+36 1 354 3838,E-mail:info@kogart.hu, www.kogart.hu) presents a temporary exhibition which seeks to provide an overview of the impressionism and related trends in Hungarian painting: those endeavours from the 19th century and the 1910s which can be linked to French Impressionism and plein-air painting. The exhibition also gives an insight into the local precedents, the art of the first half of the 19th century, from Miklós Barabás to Károly Markó, Sr. The display features such masters of Hungarian plein air as Pál Szinyei Merse, László Paál, Mihály Munkácsy and László Mednyánszky. The innovative works of the Nagybánya artist colony, the paintings of the Szolnok school’s artists, and the pictures of József Rippl-Rónai, János Vaszary, István Csók and other outstanding painters will be presented in a new approach. Further info can be found here.