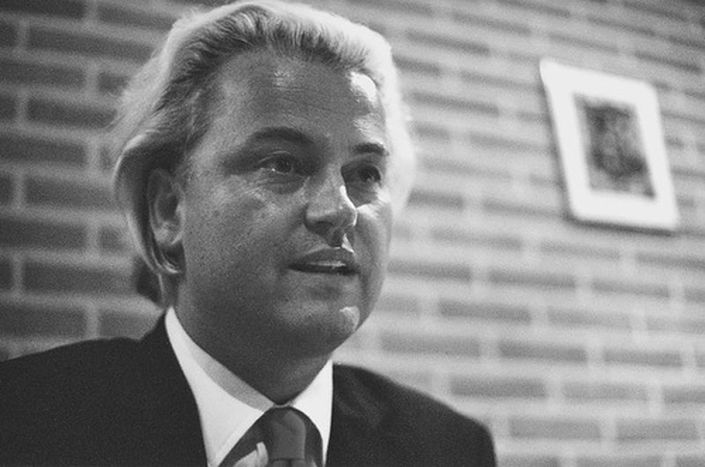 The far right Dutch party has gained four seats in European parliament elections: to date, it is the second best result in Netherlands, after the christian democrats with 5. Participation has fallen to 36.5%. Dutch press and analysts say it may provoke new parliamentary elections, because the ruling coalition (of the christian democrats and the social democrats) has been weakened

Less Islam. That has been Geert Wilder’s main message throughout the last decade. Some regard the 46-year old politician an extremist, a Dutch version of France’s Jean Marie Le Pen or Austria’s late Jörg Haider. Others believe that he ‘says what we think’ and see him as a front soldier in the clash of civilizations. However, Wilders is no newcomer in Dutch politics. He became a member of parliament for the liberal people’s party in 1998, but left in 2004 over a dispute on the party’s stand in the debate on Turkey’s candidacy for EU membership. In that same year, a radical muslim murdered filmmaker Theo van Gogh in Amsterdam. The murder, widely seen as an attack on free speech, shocked the Netherlands. The public started to reject the multicultural approach of traditional political parties. Wilders’ popularity was rising. He established the Dutch freedom party (Partij van de Vrijheid, PVV) and won 6% of the votes in the 2006 parliamentary elections.

Since those elections, Wilders has drawn attention with his actions and his provocative soundbites both in the parliament and in the media. He called the minister of integration ‘totally nuts’ and declared that the Koran ‘incites hatred and murder’. In March 2008 he produced an anti-Islam film called Fitna, referring to the Arabic word for a ‘test of faith in times of trial’. The film was Wilders’ first attempt to deliver his message on the international stage. He visited several national parliaments to show his film, including in Italy, Denmark and the United States. His plan to screen his film in the British parliament failed when he faced a highly criticised ban to enter the United Kingdom in February 2009.

That month, Wilders announced that his party would join the European elections. He appointed Barry Madlener, one of the party’s national parliamentarians, to hit the streets with seven slogans based on one key message: less Europe. Defending Dutch interest, no further enlargement and ‘we want our money back’ are three of them. The freedom party also rejects the accession of Turkey to the EU as ‘the Islamic culture is incompatible with our culture’. Romania and Bulgaria are ‘corrupt’ and should be expelled from the EU. These viewpoints make it practically impossible for the freedom party to join one of the European parliament’s political groups and influence decision making. But Wilders’ preference for clarity over compromise may appeal to a large group of voters who believe the EU is too big, not transparent and money-wasting. The elections make a perfect test case for Wilders’ current popularity. According to the most recent polls, around 30% of the Dutch population would vote for Wilders if regular parliamentary elections were held today. It is unlikely we will soon have less Europe. But with these figures in mind, it is just as unlikely that we will see less Wilders any time soon.