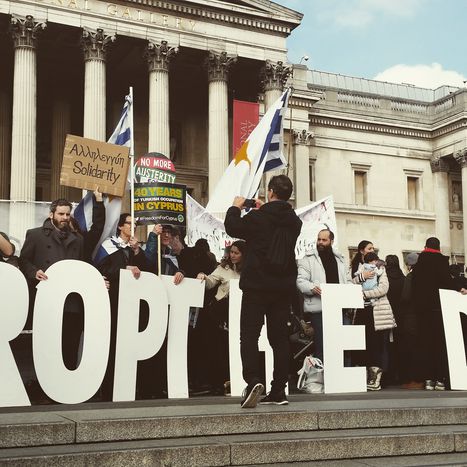 Anti-austerity solidarity from London to Athens

The movement against austerity is spreading across Europe.

Last week, an event was held in Trafalgar Square, London, to show solidarity to Greece against the Troika and the destructive policies.

Angelo Boccato captured the mood of the event for us.

It can’t rain forever, not even in London. Since I have been living in the City, I have found out that the great claims about the infinite rain are more than exaggerated.

In fact, last Sunday, it was warm and even sunny, like a perfect Spring Day. It was in this weather that Londoners showed their support to the Greek people and Syriza government at a gathering in Trafalgar Square.

In this gathering, something like 600 people showed up in order to show solidarity for Greece, under pressure from the Troika and large part of the continental partners.

Many flags were waved in the Square, from those of Left Unity, to the one of Sinistra Ecologia e Liberta (The Left, Ecology and Freedom) the Italian left-wing party. Others were handing out copies of the Socialist Worker - the broad smattering of different groups was essentially typical for a gathering of the British Left.

At the centre of the Square speakers spoke from the top of a stage. These ranged from Jeremy Corbyn, the Labour MP for Islington, to Weyman Bennet of Unite Against Fascism (UAF) and Owen Jones, journalist, activist and author of Chavs and The Establishment. 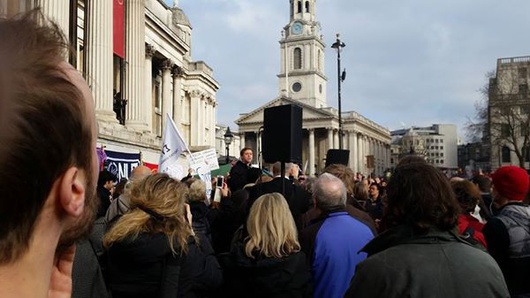 The comedian and activist Russell Brand was also spotted in the crowd. The main focus was obviously Greece, but the rally also showed a larger outlook, with the UK General Elections on the horizon (may 7th, to be precise). Implemented by the Tory-Lib Dem coalition, the ideology of austerity has been rampant in its spread through the country, just like the rest of the continent.

Others focussed on the selling-off of public assets, which has included the Royal Mail, the East Coast railline and is soon to include the government's stake in Eurostar. Most vocal among these protesters were those criticising the attacks on the NHS, which is being slowly privatised.

Jones closed his speech by saying “We are coming for you” aimed at Merkel and all the austerity supporters that are currently pushing Greece into an uncomfortable corner. 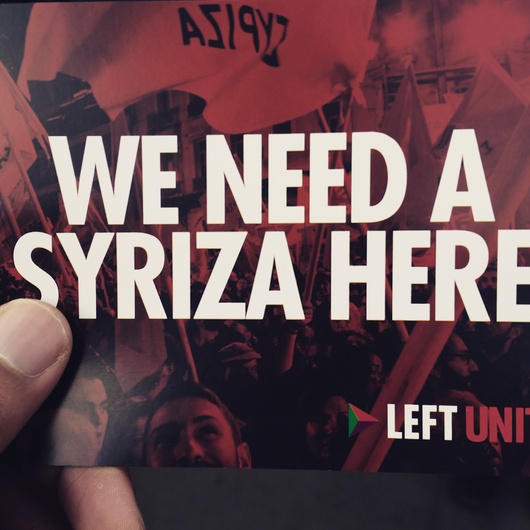 During the event one of the meetings focused on solidarity with Greece, with Maria Kannellopolou of Save Greek Water, who reflected on the threat of privatisation to the water supplies of Greek citizens, and Theodoros Chronopoulos of the London branch of Syriza. 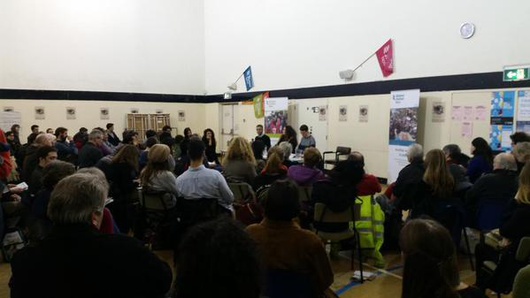 The next months will be very intense for Greece as their Finance Minister Yanis Varoufakis figures out a strategy to fight austerity and the grip of the Troika on the country's economic policy. The support for Greece and fight against austerity needs to be sustained across Europe, including London.

It could be the very catalyst needed to unify a British Left that still consists of scattered organisations, with different visions and goals.​