It seems to have become almost fashionable to be anti-American in Europe, but why is this? At a time when individual nations are coming closer together in Europe, anti-Americanism provides us with an identity: we are not them... 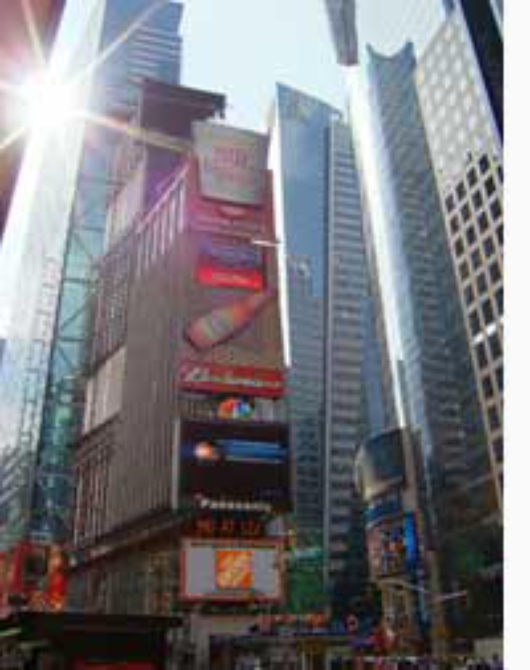 One day after 9/11, the French newspaper Le Monde announced on its front page “We are all Americans”, Germany’s chancellor Schroeder called out for “unconditional solidarity” and the majority of European countries expressed their empathy with the United States of America. However, another side of Europe saw the terrorist attacks on New York City as evidence of how American behaviour elicits hostility, a feeling that has intensified since the war in Iraq. Today, the notion of shared horror in Europe seems to have been replaced by a collective feeling of enmity towards one country: America.

“We are not them”

Anti-Americanism is deeply anchored in Europe’s history. We inhabitants of the old continent have a tendency to criticise the ‘lack of culture’ and ‘superficiality’ of Americans, feeling culturally and intellectually superior to the ‘new world’. But since the Bush-led war in Iraq, anti-Americanism has become more than a superiority complex; it represents a European ideology. Demonstrations have taken place in cities all over Europe to protest against Bush and his war. The latest multinational poll published by the US-based German Marshall Fund found that, three years after 9/11, 58% of Europe rejects US leadership of the Iraq war. So Europe is protesting against a war it considers unjust and a US leader it believes to be politically and morally wrong. But why are Europeans anti-American?

Self-doubt has always been stronger in Europe than in America, especially in countries like Germany which have suffered from a lack of identity since the end of World War II. In the process of post-Cold War European unification, anti-Americanism has been a powerful ideology for a new definition of European identity. Before the fall of the Berlin wall, Communism was Europe’s common enemy. Today, it is ‘Americanism’. Anti-Americanism can also be considered as a way for us Europeans to escape the issues we are scared to face on our own continent. For example, as the European Union gathers strength, many of its citizens still feel challenged, or even frightened, by the concept of a ‘super state’ encompassing individual nations. The aftermath of the Kosovo war still lingers, anti-Semitism and neo-Nazism are resurfacing, the economy is weak and the full integration of the ten new members of the EU is yet to be achieved. By projecting our fears onto America, we can forget about our own problems.

European anti-Americanism is also partly connected to the anti-Globalisation, or anti-Americanisation, movement. America has become the world’s sole superpower. Most of us grew up believing in America as the model of democracy, an open-minded and free-spirited nation. Today, Europeans are frightened by the fact that this model democracy is in danger because of its own government. We want back what the United States once stood for: “The land of the free”.

Roberto Toscano, an Italian political scientist, pointed out that “to be genuinely anti-American is to disapprove of the US for what it is, rather than what it does”. Does Europe do that? No. At least not most of us. Even though we generally opposed the Iraq war and dislike Bush, we still have affection and respect for the US. If we were to be truly anti-American we would also have to be anti-Mark Twain, anti-Gap, anti-MTV, anti-Hamburgers, anti-New York and anti-Michael Moore, because America is all that and part of us Europeans as well. As such, it can be argued that today’s anti-Americanism is more to do with President Bush than with America. Europeans often forget that the US in itself is politically divided and that many Americans wish for a change in administration as much as most Europeans do. The problem is, Bush governs as though this division doesn’t exist, which has established an image of an ignorant America: we ought to be able to differentiate between a country’s people and its government.

What identity for Europe after a change of administration?

European antipathy towards America goes against the idea that Europe’s founding fathers had for the European Union: that of an association which would work to weaken nationalism, not create a super-nation. Maybe we should focus on these ideals and find our new identity through the improvement our own continent. What remains, nevertheless, is an ideological gap between Europeans and Americans. On major strategic and international questions today, “Americans are from Mars and Europeans from Venus”, agreeing on little and understanding one another less and less.

In the same way that we Europeans define ourselves by claiming “We are not American”, we are putting all our hopes into Kerry because “He is not Bush”. Whether a new president would bring about significant change, no one knows for sure, but he would allow us to re-embrace the country we once so loved. Kerry's election might be the first step towards bridging the gap between the ‘old’ and the ‘new’ continent, reminding us that we are, after all, one world.