Ansip: Croatia is an Expected Partner to the European Union 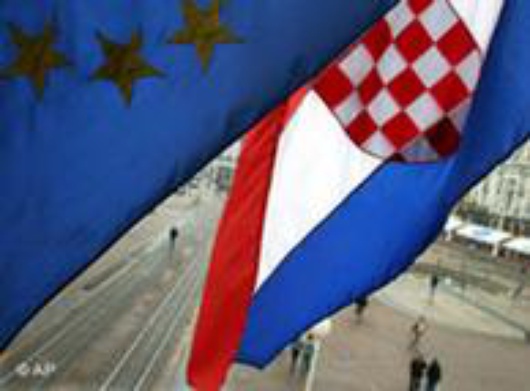 In the speech given yesterday by Prime Minister Andrus Ansip at the Institute for International Relations in Zagreb, he said that Croatia is an expected partner to the European Union.According to the Prime Minister, the term “partnership” has become a significant keyword over the past few weeks. “It is a collection of common values and interests which, in the given situation, has acquired a new meaning,” Ansip said. It is especially now that we need partners with whom we share similar views and a common understanding of everything that is important to us,” Ansip noted. “Regardless of the geographical distance, Estonia and Croatia are good partners. It is strong cooperation relationships that establish the grounds for the development of common values. The values that help us cope with the challenges presented to us by the changed world,” said Ansip. Among other things, Prime Minister Ansip congratulated Croatia on receiving an invitation to join NATO. According to him, Estonia and Croatia are united by a strong will to create security instead of just consuming it unilaterally. “The decision on the continuation of NATO expansion was clearly one of the most important decisions adopted at the summit,” said Ansip. “It is important to tie the so-called loose ends; the current situation highlights the need to quickly proceed with the presentation of the Membership Action Plan to Ukraine and Georgia,” Ansip stressed. The Prime Ministers of Estonia and Croatia also opened a business seminar, where they called on entrepreneurs from both countries to take part in closer cooperation, and introduced the investment environments of both countries. Read the speech given by the Prime Minister, here.