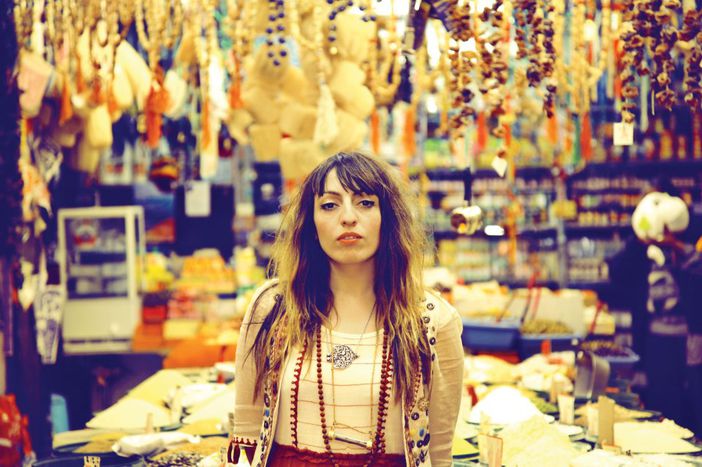 Anouk Aïata and her 'grand dames of French music'

After years spent in the obscurity of small Parisian venues, the French singer can finally see the light at the end of the tunnel. When opportunity came knocking a year ago, she grabbed it with both hands. Her vibrant EP, released in October, serves as a prelude to a near-completed album due for release in 2013

Anouk Aïata has something about her. She brings together with virtuosity flamenco, hip-hop, gospel, jazz, and folk and gypsy rhythms in perfect harmony. ‘Finding a pigeonhole to put me in is the record stores's problem, not mine,’ resolves the artist in a fit of laughter. Anouk Aïata’s voice has a deep, low timbre: ‘It’s my weapon,’ she smiles, while pulling back her long dark hair. The stage name ‘Anouk Aïata’ is Maori for ‘the woman who eats the clouds in the sky’. The name befits her guileless, melancholic and transient lyrics. Above all the singer harbours rock-hard determination and is more than a little eccentric.

Anouk has no problem with wearing a coonskin hat in the Why Are You Looking At The Moon (’Pourquoi regardes tu la lune?’) video. Anouk unabashedly changes the subject by confessing that she has just started hypnosis to ‘stop eating - apparently it can work,’ she chuckles. She had her first session just this morning, but by lunchtime the hearty Mediterranean salad doesn’t seem to be reaping the benefits. ‘It must take a while to start working,’ she smirks between mouthfuls. Anouk is hip, hippy and esoteric; anything but staid. In fact she is glowing, and with good reason: this year she signed to the French music label Barclay. But her melting-pot melodies came close to never being heard at all.

‘Three years ago, I was seriously thinking about becoming an interior designer,’ she confides. At that time, Aïata already had seven years of hardship behind her. She prefers to call it seven years ‘at the school of hard knocks’. Those years were spent scouring Parisian venues and being paid in beer. ‘Leading that kind of life, my only prospect was alcoholism,’ she jokes breezily. As she approached her thirties, she started to lose hope of her music one day falling on the right ears. ‘What we were making was lovely,’ she smiles, ‘but in Paris and in this music scene, there are just so many of us making lovely things.’ While waiting for fame to come along, Anouk struggled along with odd jobs. ‘I'd been singing since I first opened my mouth, I didn't want to give up.’

‘Three years ago, I was seriously thinking about becoming an interior designer'

The indomitable singer gave herself one more chance by putting a stop to all of her projects, giving up on every lead she had been telling herself would get her somewhere, and launching herself headlong into a new venture. This time she was not alone. She decided that if she shared success with the cellist Amos Mâh, then her first album would be called Anouk Aïata and the Last Chance. If it didn’t work, Anouk promised she would never sing again.

With a silver moon hanging round her neck and another tattooed on her wrist, Anouk can thank the heavens, or her iron will, that things turned out well for her. Anouk and Amos decided to abandon ‘The Last Chance’ as part of the title of their first EP, which came out in October; it was too depressing. ‘It was like saying ‘buy this disc or I'll hang myself’,’ she remembers. With an album due for release in early 2013, the duo has no more cause for doubt. And in any case, there isn't time. 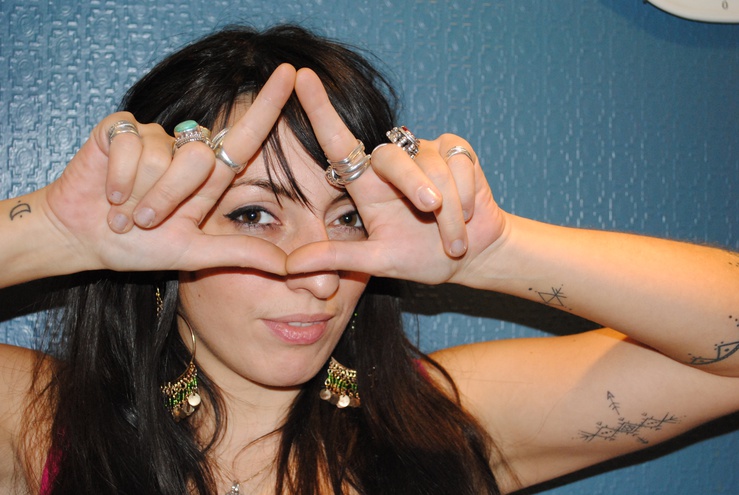 It was not a sure thing that these two artists' careers would take off. Anouk and Amos met at a workshop when they were singing in an imaginary language (as we said, they are a little eccentric). The defining moment was at a concert in China in June 2011. ‘There were four record companies there that night. I was so worked up that I sang the first song completely out of tune.’ Beneath her chatty exterior, Anouk is sensitive, and when emotions run high her voice suffers.

Today there's no more question of improvising. Anouk takes singing lessons and spends hours in the studio. She runs on nicotine and works like a maniac, although she professes that she is trying to stop. She is thinking about touring, having already supported the French group Zebda, and she does not count on stopping there. Behind the lightness of her personality and lyrics, Anouk Aïata wants to dig deeper. She is looking for depth and intensity. ‘I cannot write anything if I'm living in a vacuum, if I don't go out, don't see anything, don't listen to anything,’ she explains. She admires the grandes dames of French music: ‘Barbara because her music is beautiful, Dalida because it is fresh,’ and cultivates her appetite for musical journeys. Aïata was raised in Val de Marne on the outskirts of the French capital, exiled to Paris and remains besotted with the north-western Parisian neighbourhood of Belleville. When Anouk sings ‘I forgot to love’, she is thinking about the Mississippi, and when she starts on Errer, she is in Marseille. For a visionary such as Anouk, music is a private jet and her voice is the only baggage she needs.