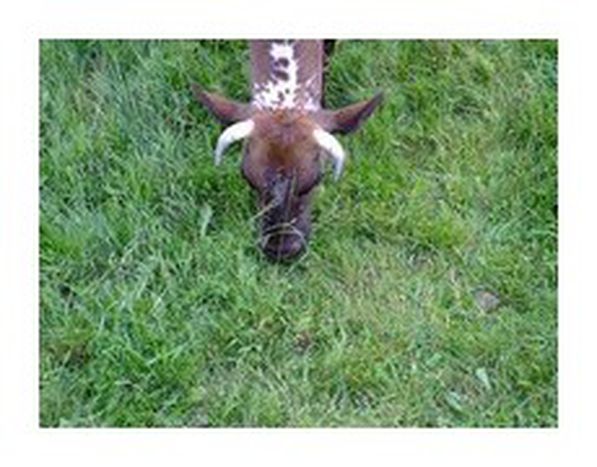 Where do newer, smaller parties like the Dutch ‘Party for Animals’ (PvdD), with its prominent logo of a cow contently chewing on a flower, fit into the political spectrum?

As the bond between voters and political parties fades, more space is opening up within the electorate. They are increasingly making excursions to parties such as PvdD, who define their own clear and distinct ideals.

There is a considerable chance that the PvdD will soon enter the Dutch ‘Tweede Kamer’. Several polls suggest that the party could land one or two parliamentary seats after the 22 November legislative elections. People worry about the ‘single-issue profile’ of the PvdD, but its activist approach hasn’t held it back from winning the sympathy of many voters.

The deaths of 18 horses in a dramatic flooding caused by a Dutch farmer’s negligence recently saw the party file an official complaint with the police. A week prior to that tragic event, Holland’s biggest food chain ‘Albert Heijn’ withdrew its selection of halal products from stores after receiving 5000 protest emails through the PvdD website. The emails sharply expressed the public outrage; namely the demand of Islamic law that halal meat be produced without the use of anaesthesia when killing animals.

Both affairs have proven good PR for the party. Support is drawn furthermore from the public’s wide resentment towards animal testing and the preventive killings of thousands of animals following the threats of bird flu, mad cow disease and other epidemics.

Seats in parliament would therefore galvanise an ever growing popular support. This joyfully comes after a long strive for recognition that began four years ago, when the party was founded. In its short political life the party has already ran in two elections. Meanwhile it has spawned similar parties stretching from Germany, Luxembourg and Belgium, to France and Spain.

PvdD leader Marianne Thieme, 34, is a jurist who until recently was president of an animal protection agency. Her manifest anger over the continuous cruel animal treatment and growing discontent over the lethargic state of established parties with these issues formed the initial political motivation to secure animals a voice in politics.

Well known media personalities - among them writers such as Jan Wolkers, soap stars and television presenters - act as so called ‘list-pushers’. Their aim is not for political power though. Instead they volunteer to draw public attention at the very end of the list; for example, there was the recent story of a philantropist who donated a large sum of cash for the party campaign.

And although the PvdD stresses that they are no single-issue party, (Thieme has clear standpoints on issues like education and immigration), her emphasis in the campaign lies clearly on the just treatment of animals, environment and nature. One of the party’s pledges is for a civil offensive to counter the destruction of the living environment and the violation of the rights for all living creatures. This is a struggle Thieme herself compares to the historic fight against the oppression of woman, children and slaves.

One of the party’s most fervent proposals is to see animal rights recorded in the constitution, amongst a total ban on animal testing. Thieme, a dedicated vegetarian, does not want to prohibit meat consumption. She has stated that she would rather put a hold on the bio-industry and stimulate the consumption of organic food. Meanwhile, more than 500 million animals who are bred and kept annually – a figure from the Netherlands alone – continue to be killed without dignified treatment.