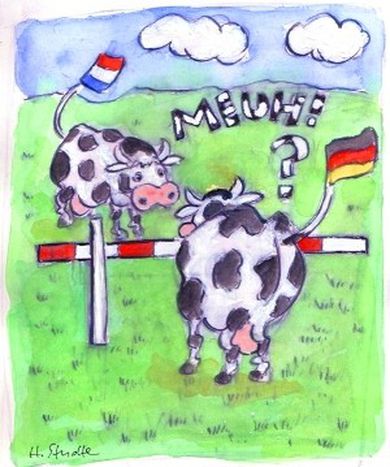 Since the fall of the tower of Babel, humans have been doomed to speaking in multiple tongues. But what about animals? Do they understand one another beyond the boundaries and borders of nation states?

In the beginning everything was similar – German cats said miau, in France it was miaou, and even the British ones said miaow. Dogs could also speak with same the European tongue, the German dogs crying wuff and the French wouf: Even the difficult English bark in the same way: woof!

The French bzz is, admittedly, more natural than the German summ. With cockerels it is another matter, given that he says kikeriki in Germany, quiquiriquí in Spain and not cocorico like in France. And what about cows? On British and German fields they are allowed to moo or muh, but further west, on French fields, a meuh is suddenly to be he(a)rd.