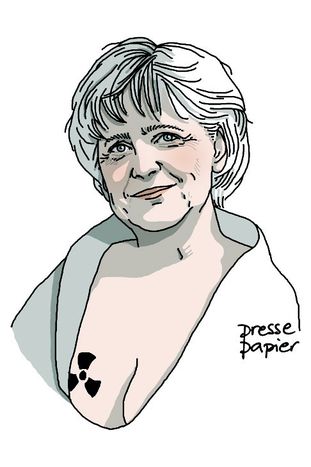 Angie Merkel wears the trousers (and the bowl cut) in Germany

Mushroom hair, brightly coloured blazers – preferably lilac, lime green or salmon – and a slight east German accent, ever-ridiculed in the media. The August 2009 issue of Forbes magazine has listed ‘Angie’ – as the chancellor is fondly called by her people – the most powerful woman in the world for the fourth consecutive time. What’s the chancellor’s (low-cut) secret?

If there’s one thing that Germany, Europe and the whole world has learnt in the last four years, it’s that you shouldn’t underestimate Angela Merkel. ‘The girl,’ as ex-chancellor Helmut Kohl nicknamed her when she first entered politics, has come far since her days training as a physicist at Leipzig university and working as a secretary for the free German youth (FDJ, Freie Deutsche Jugend). Angela Dorothea Kasner was Kohl’s minister for youth and women in 1990, and headed the environment ministry in 1994. The Hamburg-born politician became secretary general and president of the CDU (christian democratic union) in 2000, and later head of the CDU/CSU (christian democrats/ christian social union) coalition, to finally become chancellor of the federal republic of Germany. Prior to the federal elections in 2005, Angela Merkel declared that everybody knew she was a woman, and thus she didn’t need to focus on feminist policies. Her talent has been in climbing the rungs of her career without having caused a mediatic furore and having had to provide explanations – much less for being a woman.

Support from women from every political rung 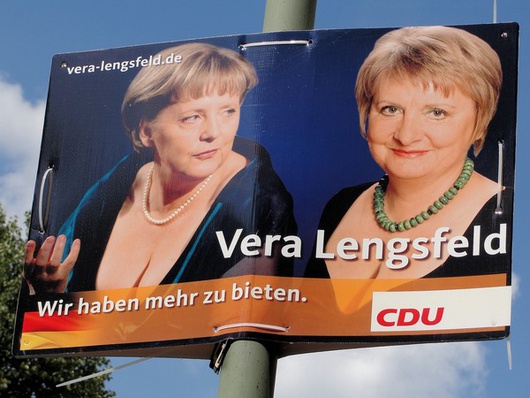 German women are divided about ‘Angie’. On the one hand, it seems that women with a solid professional experience, who have worked hard to break into the job market, support Angela Merkel unconditionally. On the other hand, for young women who are starting their own jobs and families, the matter of what sex a candidate is doesn’t influence their casting vote.

The ‘Women Behind Merkel’ initiative ('Frauen hinter Merkel') brings together doctors, lawyers and successful leaders who are supporting Merkel throughout the electoral campaign. According to the official website, she is 'a woman who is totally professional and competent in her dedication to her obligations. She doesn’t put herself first.’ Read between the lines: ‘like Gerhard Schröder did.’ Angela Merkel understands the need to ‘bring together a competent team, without letting competition get in the way.’ ‘Merkel’s women’ see the chancellor as a successful manager who heeds the advice of her experts and takes the right decisions thanks to that.

What’s behind the acronym 'MFM'?

In 2003, a group of well-known women in the German work world – such as editor Friede Springer and entrepeneur Ann-Katrin Bauknecht - came together for the More for Merkel (Mehr für Merkel) lobby, maintaining a network in every region. Ann-Katrin Bauknecht’s motto runs like this: ‘Angela Merkel stands for consistency, reliability and credibility. I marvel at her ability to reduce the complexity of certain themes and not to mince matters.’

Nevertheless, support for Merkel isn’t only just arising out of initiatives close to the CDU party or the corporate world – it is also found in other political parties. One example of the German women’s left-wing magazine EMMA. Editor Alice Schwarzer was a pioneer in legalising abortion, and has interviewed the christian conservative chancellor regularly since 1992. Merkel stands as a female role model, despite her conservative alignment, and this works like a balm for feminist hearts. 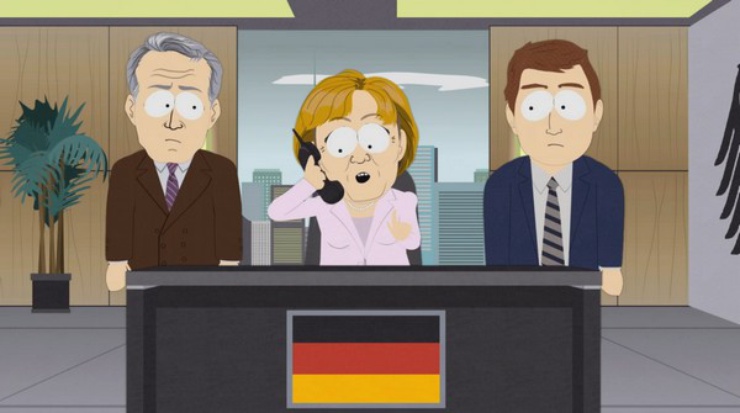 Merkel is hard to appreciate

Those young women we mentioned earlier – who are on the verge of starting their families and first jobs – have a very distinct idea of who and what Angela Merkel is. They like the way she governs, but they would never vote for her just because she is a woman. Louisa, 28, works as a political analyst and still hasn’t made a divide between her feminist ideas and political ideas. ‘Angela Merkel governs well, she never puts herself first, but I don’t share her political ideals. I like the fact that our chancellor is a woman, but I’d prefer it if it were someone else.’ Sonja, 31, is a French and English teacher in the south of Germany who doesn’t trust Angela Merkel: ‘She’s a woman who knows how to get her way – although this is down to her ‘masculine’ qualities. I’ve always seen her as a bit of a sergeant.’ Kathy, 26, is an event organiser who says that: ‘Merkel is hard to appreciate, because she never sets out a very clear opinion. She lets others protest first and then she rounds up a general opinion.’

'She has masculine qualities. I’ve always seen her as a bit of a sergeant'

Others say that it’s this discretion which cultivates the trust in Merkel. Diana, 30, is a trade markets analyst who has always voted for the SPD (social democratic party) or the greens. ‘It’s difficult to stick to one sole political ideology, now that everything has become so complicated,’ she says. That’s why Diana ended up voting CDU at the general elections in Germany in 2005. ‘Angela Merkel has never promised anything that she couldn’t deliver,' she explains. 'She always makes an observation of the general situation and orientates herself to the most feasible solution which doesn't betray her own christian principles. She makes pragmatic decisions under global perspectives. That’s what we need, and not only in times of crisis.’