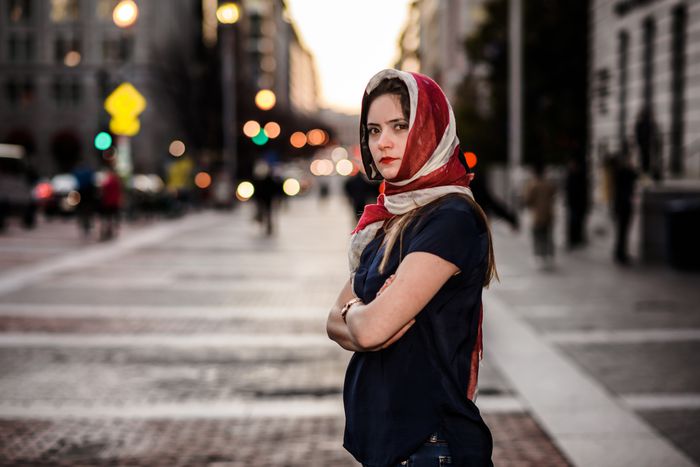 US companies are considering lawsuits after Donald Trump's travel ban for citizens of seven predominantly Muslim countries. Angela Merkel also criticised the order on Monday, while Italy's Foreign Minister Angelino Alfano advised the EU not to criticise Trump in view of its own migration policy. But commentators demand that politicians and businesses must protest the ban more vigorously.

The EU is incompetent and weak - NRC Handelsblad, the Netherlands

"The US president and leader of the Western world has made a brutal distinction between the people of a certain faith and others. This is a violation of the Universal Declaration of Human Rights of 1948, which the United States has signed... Things are developing quickly under Trump. Very quickly. For many allies, too quickly. The European countries' guarded, cautious response to Trump's order did nothing to express steadfast resolve. Until Sunday nothing at all was heard from the European Union as a whole. There could be no better proof of the incompetence of the EU which Trump so loves to criticise." (31/01/2017)

A boycott wouldn't be productive - The Irish Independent, Republic of Ireland

Donald Trump is the elected president of a large nation and Europe's politicians have no choice but to accept him, the Irish Independent points out:

"World realpolitik dictates that we must make terms with leaders and regimes of which we disapprove and with which we disagree. On that basis calls for the Taoiseach and Irish Government to 'shun' the new US President Donald Trump are not very realistic. These calls ignore that, whatever you think of Mr Trump, he is now the democratically elected leader of that great country... But that does not mean we should not speak our minds, especially on issues of justice and human rights. After all, Ireland has worked for decades with other nations to promote human rights." (30/01/2017)

Business leaders should have the courage to protest against the travel ban, the Frankfurter Allgemeine Zeitung writes:

"Just last week everything was sweetness and light when top managers met with Trump and gushed praise for him afterwards... Now some businesses are leaving their cover and criticising the order - some cautiously, others, like the heads of Facebook and Netflix, with very clear words... Representatives of traditional industries have so far avoided getting involved. That said, nothing is stopping the car manufacturer Ford, whose headquarters are located in a Detroit suburb with a largely Muslim population, from taking a stance on the issue. Of course, Ford and others have already felt first hand how it feels to be targeted by Trump. But does keeping silent lead to better politics? Silicon Valley has got the ball rolling; other business leaders should follow suit." (30/01/2017)

The fact that companies from Silicon Valley have joined the protest against the travel ban should give Trump pause for thought, Il Sole 24 Ore comments:

"Trump would be well advised to take this into account, because this is not about trade, customs duties or creating jobs in the US... This is about the crisis of a key principle of American companies: the employees of a multinational company are without doubt citizens of their country of origin, but they are also and above all proud citizens of a large company that by definition doesn't discriminate, that promises meritocracy and equal opportunities and puts the company's identity above all else... Trump's discrimination against seven Islamic states undermines the basis of the great philosophy on which not just American companies, but America as a whole, has built its reputation: that of being a country that is open to the world." (31/01/2017)

Trump is continuing where Obama left off - Kristeligt Dagbladet, Denmark

As far as Kristeligt Dagbladet is concerned the US long since ceased to be a country open to immigration:

"If we take stock of Barack Obama's presidency we see that the travel ban is not a radical break with America's purported openness to foreigners. If it was up to the ex-president who has been elevated to the status of a saint in recent days the US would take in 110,000 refugees this year. That would be a quarter of the number that Denmark took in in 2016 - a year in which the country was attacked from various sides for its border controls, its jewellery law and new, tighter regulations for foreigners. To show things as they really are one must mention the fact that in the course of his presidency Barack Obama broke all the records as regards the deportation of people not welcome in the US... Trump was elected among other things because he announced that he would deport three million immigrants. He still has a long way to go but his debut makes it clear that he is serious about that." (31/01/2017)

The opposition will win out - 24 Chasa, Bulgaria

"The fierce resistance to Trump's decrees shows that it's not the iPhone or Coca-Cola that make the US a fantastic country, but the freedom it guarantees to each citizen. Its economic success is rooted in freedom, rather than vice versa. The US is a country of immigration in which everyone has the same opportunities... In opposing this basic principle Trump has positioned himself against his own citizens. That's why from now on the question isn't who will win, but when Trump will lose. By mobilising those who refuse to let America's basic principles be violated he really will make America great again - just not in the way he imagined he would." (29/01/2017)