And what if Germany abandoned the Euro?

The title may soundlike a science fiction scenario .. Who could imagine the ''iron Germany'', the first export power of Europe outside the European project? These days, however, Berlin has raised the wrath of all European countries, and especially those countries of the South, which the British call PIIGS from the initials of the country which remind us of the delicious pigs ..

The Europeans are pushing Berlin to accept relaxation of the Stability Pact, while Greek PM Papandreou said that the policy of Germany has essentially condemned member countries to bankruptcy. Besides, since yesterday many circles in Brussels, admit that Greece through Papandreou said boldly something that is discussed in the corridors of Brussels by many.

On the other hand, the Americans are pushing Germany to cut its exports and boost domestic consumption. Berlin had responded to U.S. pressures''that Germany would not apologize because it exports to the world quality goods manufactured in its territory.'' 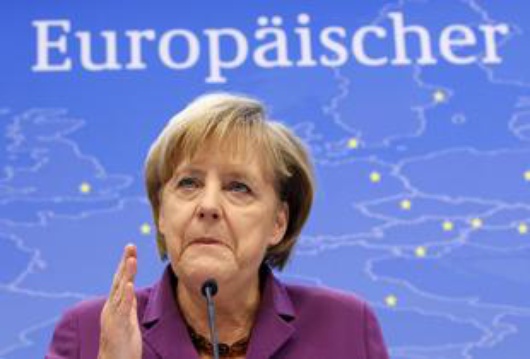 Today, Germany through Austria resumed the political blackmail against Greece, telling that the country  still has not achieved its objectives which justify the third dose. But Greece is a minor issue at this time due to its known past.

But Berlin didnt tell us, what happens when Ireland, Portugal and Spain will be thrown (if we continue like that) with mathematical precision to the European mechanism. Then what is going to happen Frau Merkel?

I wonder, with a country already in, and three countries on the verge of the European mechanism what will the EU do? After allowing the IMF to operate in the Eurozone now what? Who is going to remain? Finally, would it be better for Germany to quit the EMU? Maybe this would solve many more problems both for Germany and for us the ''poor guys'' of the South? No ''hard currencies'', and we will stick to ''tire deficits'' and let the Germans enjoy their exports.

PS I would like to remind Austrians and Germans that the money the give us is not a gift. THEY HAVE BORROWED US AND THEY WILL TAKE THEIR MONEY BACK WITH INTEREST! So do not shake your finger to us in order to calm your voters!