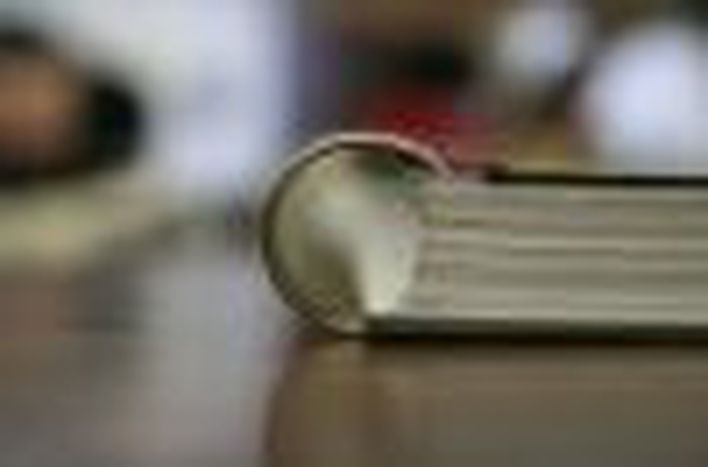 As you will soon find an article on cafebabel.com - main website about the recent change in Estonian Russian–medium upper secondary schools, we thought that would have been useful to offer to our readers some technical information about the decision taken by the government.

That's why we asked the main expert on the field, Irene Kaosaar, head of Ministry of Education’s Minorities Education Department, to give us some explanations that we publish without any editing.

-         It is stated in the Basic School and Upper Secondary SchoolAct that the curriculum and organization of studies in non-Estonian medium basic schools (grades 1 to 9) must ensure that graduates have a level of Estonian language skills that enables them to continue their studies in Estonian.

-         The instruction of Estonian literature in Estonian is the beginning of a partial and flexible transition in state-run/ public Russian–medium upper secondary schools (forms 10, 11 and 12). In the framework of the transition at least one subject in Estonian will be introduced per year. Ultimately (in 2011) up to 60 percent of the curriculum will be taught in Estonian.

-         The transition does not affect in any way public Russian–medium basic schools.

-         The transition is demand-driven and aims at offering and guaranteeing equal study and working opportunities for graduates of all public schools.[4] The transition also provides young people whose native language is Russian more possibilities to practice Estonian.

-         The decision of the partial and flexible transition goes back to 1997 when the “Basic School and Upper Secondary School Act” was adopted – therefore the transition should not come as a surprise.

-         In practice the transition to Estonian-medium instruction has started years ago. Already in the academic year 2006/2007 the majority of state-run/ public Russian–medium schools conducted at least one subject in Estonian.

-         At the Russian upper secondary school level it is important to pay attention to studies of Russian language and literature. The number of teaching hours in these subjects will not be reduced.

-         By the end of 2007 the Ministry of Education and Research will decide, by consulting with Russian-medium schools, pupils and their parents, the order of the next subjects to be taught in Estonian. In-service training and re-training of teachers is taking place [those qualified teachers who do not acquire necessary (language) skills on time will not be excluded from school work].

-         Estonian Government is carrying out the transition in close cooperation with Russian schools, pupils and their parents in all aspects of the transition. The goal is to solve any possibly occurring problems [e.g. (re)training of teachers, distribution of information] and to guarantee successful realization of the transition. All interest groups are engaged into decision-making process.

-         Additional information is available at the website of the Estonian Ministry of Education and Research:  http://www.hm.ee/index.php?046922

for transition to partial Estonian-medium education

in upper secondary school with language of instruction other than Estonian

-         The aim of the Estonian education system is the preservation of the minority languages and culture. Since 2004, if the mother tongue of the pupil is not the same as the language of instruction at school, it is possible to study the mother tongue as an optional subject if an application is made to the director of a school by the parents of at least 10 pupils with the same mother tongue. The system is successfully working for instance in Sillamäe with Ukrainian language.

-         The universities in Estonia enjoy a significant autonomy in the management of the institutions and also in the decision-making upon the content and organization of the study process. Several public and private higher education institutions in Estonia provide courses in Russian. Some, mainly private institutions also have specialities with instruction in Russian. Approx. 10% of all students study in Russian language.

-         During the first academic year, students of public higher education institutions with a mother tongue other than Estonian and insufficient knowledge of the Estonian language have the right to receive relevant language training. This preparatory year is also intended to familiarise Russian-speaking students with Estonian student life and culture in general. All costs of the additional year are covered by the state (on state-financed study places).

-         Background in respect to integration trends. According to recently introduced research results (Lauristin, Vihalemm, Kallas, Jakobson (2007)) since 2000 the economic and social situation in Estonian supported the equalization of the society. The non-Estonian population’s satisfaction with the development of Estonia has been even higher than among Estonian population. At the same time there is a need towards increase in mutual understanding and social harmonization in Estonian.

-         The Integration Monitoring 2005 (published in 2006) shows that the attitudes of the Estonian Russian-speakers towards the historical events associated with the statehood of Estonia differ a lot from the perception of the native Estonians. For example, the integration monitoring study demonstrates that most Estonian Russians believe that Estonia voluntarily joined the Soviet Union in the summer of 1940, and which is more significant, this trend is increasing in comparison to the preceding monitoring study of 2002.

[2]Public Russian-medium schools – a municipal-owned school with Russian as language of instruction.

[4]This can be illustrated by the fact that many non-Estonian parents enrol their children to Estonian–medium schools. This has led to a situation where in many Russian schools the number of pupils has decreased to a critical level and some schools have been closed. Due to demographic reasons, several Estonian as well as Russian medium schools have been closed in recent years.