An unhappy marriage between Serbia and Montenegro

The creation of ‘Serbia and Montenegro’ was a result of the Western, and particularly European, desire to avoid future division. But does anyone still believe that these European chains will hold good until EU membership? 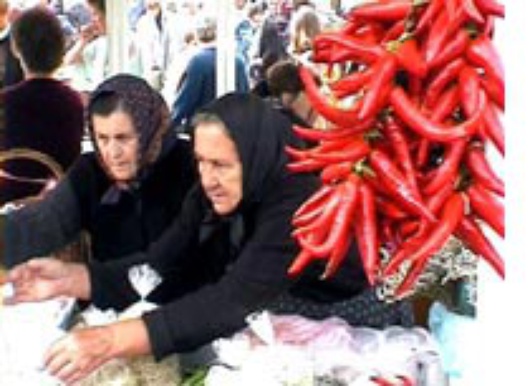 Could the state of Serbia and Montenegro become a member of the European Union? The countries of the former Yugoslavia were formally given future candidate country status at the European summit in Thessalonica in June 2003. Future membership of the European Union is now no longer in question, an enviable position to be in given the situation in Ukraine, Moldova or even Turkey. For the Federal Republic of Yugoslavia (FRY), which includes Serbia and Montenegro, it’s just a matter of time.

Consensus hovers over the representatives of Serbian political parties, from Democrats to Radicals. During the campaign for the last presidential elections, membership of the European Union was an objective for every single candidate, which means debate is minimal but other, more subversive opinions are probably in hiding - out of view of official discussion. And the further in the future the date for membership is set, the easier it is to make all the right noises without fully committing yourself. All this goes some way to explaining why it is proving so difficult to fulfil the requirements imposed by the European Commission so that it can include the FRY in its list of ‘serious’ candidates. But relations between Serbia and Montenegro also come into play.

Whose fault is it?

During the last two years the unified state of Serbia and Montenegro has shown signs of weakness. This has seriously handicapped progress in the Stabilisation and Association Process, systematically delaying the beginning of the Feasibility Study which is a precondition for negotiation of a Stabilisation and Association Agreement. Croatia and Macedonia have already signed such an agreement, while Albania has begun negotiations and the Feasibility Study on Bosnia Herzegovina was approved by the Commission in 2003. Serbia and Montenegro, however, has fallen behind with its homework.

Why? Because the launch of this study depended on strengthening the unified state. This includes the abolition of customs tariffs between Serbia and Montenegro, something that the two Republics still refuse to agree to. They have each accused the other of delaying progress towards membership of the European Union. Podgorica highlighted the ill will of Belgrade during its co-operation with the International Criminal Tribunal for the Former Yugoslavia (ICTY); conversely, Serbia considers Montenegro to be a major obstacle in economic terms for a smooth transition. As a result, the international community’s ideal of including Serbia, Montenegro and Kosovo in the same state seems increasingly unrealistic.

The European Commission finally acted and agreed to go back to the drawing board. In September 2003 it proposed a new approach, what it called ‘twin track’. While reaffirming the importance of only negotiating with the state of ‘Serbia and Montenegro’, the Commission envisages keeping reforms and economic integration separate. Although unclear about how a separate integration can be achieved within a unified state, the proposal has been welcomed by Serbia and Montenegro. It could end the stalemate.

It could be said that the reasons for such resistance can be found deep within Serbia itself, characterised by a certain amount of mistrust towards the West. The historian Dubravka Stojanovic describes this anti-Western attitude as ‘a sort of anti-individualism, anti-urbanism, anti-intellectualism, anti-modernism and anti-reformist egalitarianism’ which hides a rejection of the majority of the conditions imposed by the European Union and European values behind pro-European discussion.

The roots of this attitude lie, according to Stojanovic, far back in Serbia’s history where functional political parties to counter this phenomenon were in short supply. ‘The political parties created at the end of the 19th century and those born at the end of the 20th came about in the same way. None of them represented the interests of social groups; they were, on the contrary, the result of mostly personal struggles within the intellectual elite of the capital’.

The moment of truth

The thrilling soap opera which led up to the formation of the Kostunica government from December 2003 to March 2004 offered the sad spectacle of endless bargaining between old friends and new enemies. Similarly, the presidential election last June revealed open rivalry between the two main Democrat forces. President Boris Tadic’s DS (Democrat Party) and Vojislav Kostunica’s more conservative DSS (Democratic Party of Serbia) only managed to block the Radicals, led by the nationalist Tomislav Nikolic, at the last minute through an unconvincing makeshift alliance.

The apathy of civil society and the diplomatic isolation the country suffers from is doing nothing for progress in terms of regional co-operation or for beginning the historic task of finding out the truth about what happened during the 1990s. It is the moment of truth for Serbia and Montenegro. Either it opts for a strategy of reform necessary to move towards EU membership. Or it follows its own path leading away from Europe and its values despite the serious consequences for its recovery.