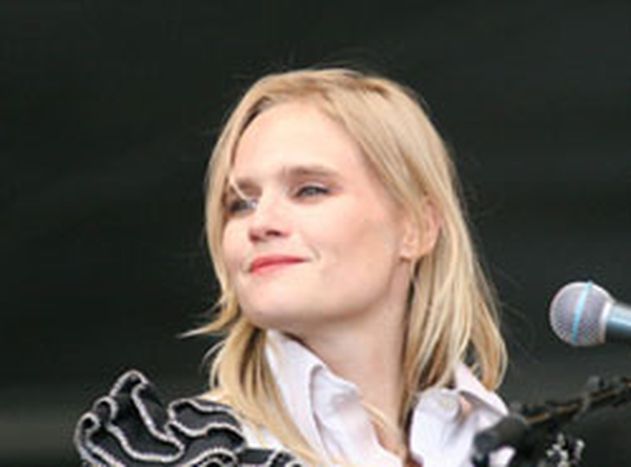 An Pierlé: 'Downloads kill the industry'

The Dutch compared her to Tori Amos. In fact, the 33-year-old Belgian connoisseur of ‘kitsch’ French songs and pop is a theatrical musician who plays the piano sat on a big transparent ball, jumping about whilst tightly clutching her accordion

Inside a vast room, a small stage is wedged between a bar, some stools and a wall. Old-fashioned market attractions and strange antiquities line the walls. Against the inside of one, there is a machine which predicts the future thanks to a green light which scans the depths of the eyes. On a mezzanine, a shapeless silhouette on an armchair, an old mannequin, attracts the gaze. Disturbing.

An Miel Mia Pierlé is 33 with all her teeth intact. She starts up, crosses the room and leads a small girl to the machine which gives massages. The child rises. An slots a coin in. The machine emits a noise from the apocalypse and trembles all over, triggering off conniving and crazy laughter. Next, An leads us backstage. Firstly, we pass by the storeroom where some old-fashioned pieces of junk are stacked up. What kind of show has been able to make use of a bicycle like this, with its wheels decorated in luminous wreaths? Who one day would need these demolished armchairs? Finally, we arrive behind the scenes and An sits herself down in front of a huge dinner tray, offering us a drink and insisting that we take some homemade patisseries. ‘Homemade?’ mocks Koen Gisen, her guitarist, co-songwriter, producer and lover. An laughs. ‘They are homemade - for the person who made them!’

At the Zebra, senses go to detail

In a small concert room or a bric-a-brac like The Zebra where we are, the atmosphere must be very different. ‘When we play in Paris at any rate, do we try to give even more than we usually give?’ Koen launches into attack. 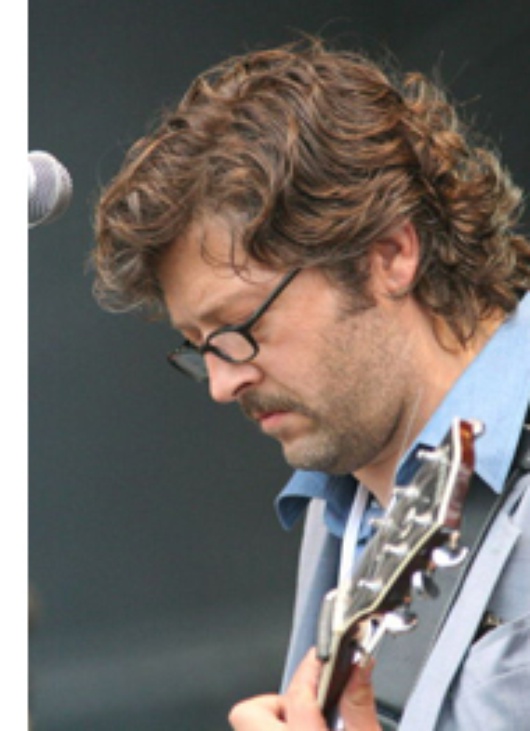 ‘After so many big festivals and enormous stages, we wanted to replay our music. The small rooms resemble us more. There is an intimacy and a sense of detail within the small structures.’ If we do not look after this proximity, it is ruined,’ continues An when it’s her turn. ‘Playing for a small public is also an act of resistance,’ adds Koen Gisen. ‘The record industry needs you to make the rooms fuller and fuller. This bulimic style is not part of our group’s mindset.’

The concert begins. Softly, tenderly, then more rock during a cover version of Rita Mitsouko’s C'est comme ça. The Flemish music industry (ZAMU) award winner for ‘best singer of 2006’ then pops out a surprising version of Petit Papa Noël (‘Little Father Christmas’). Her musicians leave the stage, leaving An to interpret a piece with her drummer who is working away furiously on a wooden chair, for a love song - and sexual passion. Later onstage, so as to silence the applause, An throws herself into a ‘medley’ of the most ‘kitsch’ French classics. The public seems to lose all enthusiasm. She quietens down, mimes an intense emotion and cries out ‘the Frrrench trrradition!’ in a wartime radio voice. 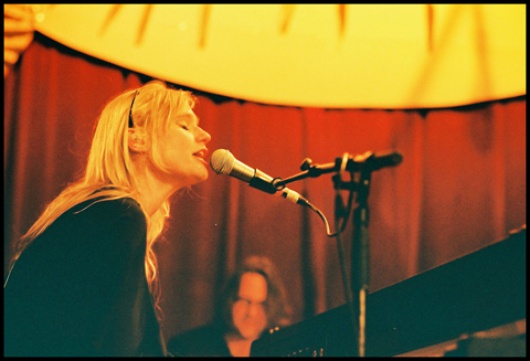 Metropolitan France discovered An Pierlé on the small screen. She covered Jacques Dutronc’s sixties hit (Il est 5 heures) Paris s'éveille (‘It’s 5am, Paris awakens’) for the Grand Journal television programme, before releasing her first album Mud Stories in 1999. Tireless and effervescent with her touch of madness being a microphone in her hand, she is the complete opposite to the calm young woman who later carefully replies to my questions. She recalls the time when she played at the French-language Francofolies music festival in La Rochelle. For her, it was a prime opportunity to play some pieces in Molière’s language, and she is known for her send-ups of tunes from the likes of Princess Stéphanie of Monaco, or French singers Michel Fugain and Dutronc.

‘English is the language of pop music,’ An enthuses. ‘But something happens from the moment that you sing in French - the language has come as a challenge, a challenge that has been thrown forward to us. It is almost a style in itself. There is a song straightaway. You see it from the public’s perspective. In France, spectators react immediately when the words are in French - it concerns them, and they prick up their ears.’ In her first blog entry on her official website in 2006, she writes in English, telling fans: ‘I decided to write in English so almost everyone will be able to understand, (excuse-me my dear French friends, but otherwise I’d have to write everything out twice and there’s not enough time.’ She goes on to encourage everyone to post on her website in any language they like.

Back to the general phenomenon of French music, she describes its effect as ‘poetry recited in rhythm to a musical background, as opposed to songs in English where lyrics are not the only thing that matters. We do pop music and even if we give a lot of importance to our words, they are not the most important thing. We do not write a text to the detriment of our music.’ Pierlé, who comes from Deurne near Antwerp in Belgium, describes her native language as ‘closed’. She promptly does a demonstration of Flemish by emitting very ‘glamorous’ sounds of her native language; she bellows, rolls the letter ‘r’ and pronounces words - whilst keeping her mouth shut. ‘This does not go with our music,’ she concludes, ‘as you can clearly see!’

But Radiohead are already multimillionaires

An’s sixth album is on its way - in her head. 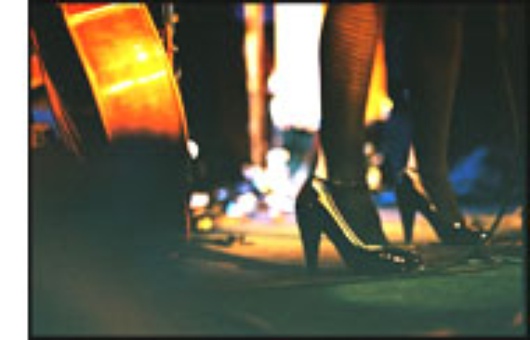 ‘We are full of small loose ends. We have to stop touring so that we produce something conclusive. Downloading has become the cd's revolution, but it puzzle us.' At this point her lover breaks forward. ‘The only advantage of downloading is that people are able to discover you,’ he says. ’There is another advantage,’ she retorts. ‘It kills the industry,’ he acknowledges.

One thing is for sure for An. ‘It is very democratic to make records at home. I love to play with the software because it is really entertaining.’ Koen goes into more detail. ‘It’s free market democracy, everybody ends up doing the same thing with the same sounds. All this leads to an impoverishment of music.’

An is now munching on rraw carrots. A small lady, she hides her mouth with her hand, smiles, apologises and resumes speaking as soon as she has something to say. What does she think about the initiative of British band Radiohead, who in early 2008 put their new album online, offering their fans to download it and pay whatever price they wished? ‘It’s good, but they are already multimillionaires! And then I read that people on average paid 1 euro 50 (1 pound). Is this the price of today’s music? In the eighties an album was a rarity. You waited for it, you cherished its release. It was almost like a teddy bear. Downloading has completely destroyed this dimension. Sure, the internets throws many groups onto the scene, but who will still be around in ten years? That said, talented artists who persevere will always have a public. The most important thing is to be patient, go to your pickup and then pick it. Like you pick flowers.'

'How does it feel'