An obituary for the Lisbon Agenda 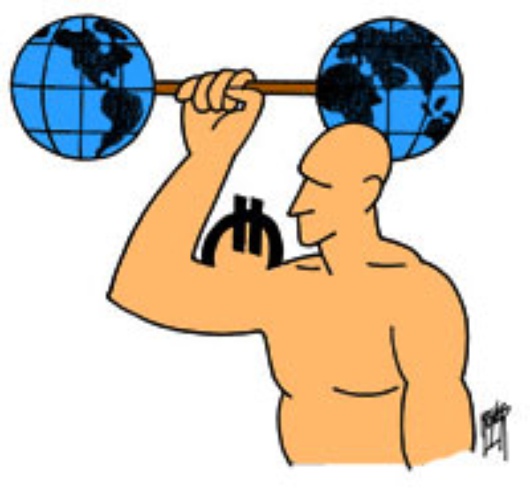 A report on the Lisbon Agenda - presented by the former Dutch Prime Minister Wim Kok on 5th November - concluded that the target of making Europe the “most competitive and dynamic knowledge-based economic area in the world” by 2010 will not be met. The Financial Times, practically a handbook for the European elite, describes the half-time figures for the ten-year reform agenda as “a complete failure”.

Look Back in Anger

The outgoing President of the Commission, Romano Prodi, used the Kok report as a basis for concluding his business with the three most important member countries: along with France and Germany (the usual suspects in crimes regarding economic liberalisation), Prodi criticised Great Britain, arguing that Tony Blair had not been the driving force behind Schröder and Chirac that he had hoped he would be. The great pity about Prodi is that he was always able to muster up the courage to talk openly to newspapers, but failed to do so when speaking to powerful governments in political discussions. He dramatically undermined the efforts of his Currency Commissioner, Pedro Solbes, to canvass support for the Stability Pact by declaring in the October 2002 issue of Le Monde that the Stability Pact was “silly, like all rigid and inflexible decisions”. And now Prodi is digging himself in deeper by sealing the coffin of the Lisbon Agenda. An unwelcome offering for Barroso as he takes up his new post.

If we consider the failed Stability Pact as evidence that inflexible rules are doomed to failure and the average track record of the Lisbon Agenda as proof of the shortcomings of the “open method of co-ordination”, one thing is abundantly clear: the European economy cannot be successfully managed by strict rules and regulations which turn politicians into paragraph-spouting robots, nor by non-committal agreements without sanctions and central competency. Prodi will, however, leave his successor some positive inheritance: in the same interview with Le Monde he spoke of the consequences of the failed Stability Pact and Lisbon Agenda by saying, “the Stability Pact is the absolute minimum. We need a more intelligent instrument which offers more flexibility, but above all we need authority.”

This hypothetical intelligent, flexible and authoritative instrument has a name: a European economic government. The EU needs a government which encompasses all aspects of economic policy from tax to industry policies at both a macro and micro level. A government whose economic policy counterbalances that of the European Central Bank which has pursued a timorous monetary policy - especially with regard to the capital markets - since its founding. A government which employs the majority principle in all areas, thus defeating Britain’s protection of its tax privilege as well as the protectionism of French utility companies which is often made out to be social policy. A government which, in the words of the Max Planck sociologist Fritz W. Scharpf, gains its input legitimacy (democratic justification) from a significant involvement of the European parliament and a high degree of accountability to national parliaments; and which must earn its output legitimacy (recognition) with economic success stories. Individual economists outside the academic mainstream have suggested this model time and again. One of the most detailed proposals is described by Stefan Collignon, Professor of Political Economics at the London School of Economics, in his book “The European Republic”. If Barroso is looking for an intellectual guiding star for his presidency, he should read this book and make it compulsory reading for all commissioners, and - even more importantly - for all the national heads of government.

Fado and the “European Progressive Era”

The Portuguese lost out on the title of European Football Champion this year thanks to the Greeks. And as a result of national industry policies in Germany and France, as well as Tony Blair’s distraction by the war in Iraq, their capital will most likely not become the future symbol for the successful economic catch-up game which Europe so desperately needs. Lisbon will remain a fado, a sad Portuguese folk song. And Europe must continue to wait for a plan which will set the economic ball rolling, as the USA succeeded in doing at the beginning of the 20th century in its “progressive era”.