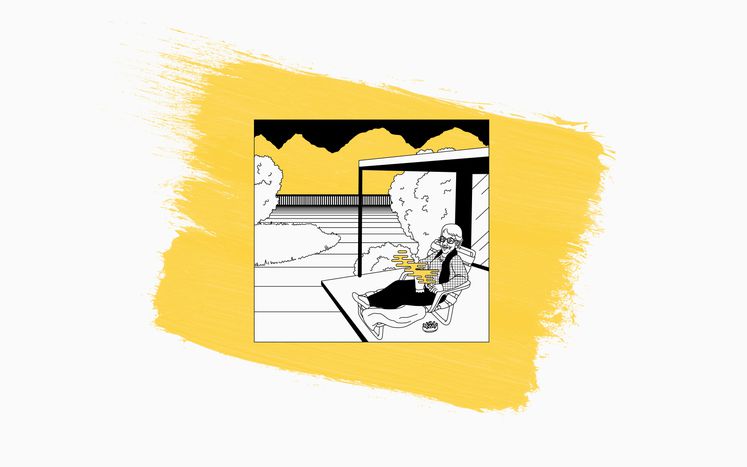 An Exquisite Corpse in the Land of Blackbirds: Chapter Five

In the early 2000s, was Kosovo the site of organ trafficking, carried out by guerillas on Serbian prisoners? The former attorney general of ICTY, Carla Del Ponte, is in the best position to know. Below, a meeting characterised by stale tobacco smoke.

On this suffocating summer day, Carla Del Ponte cracks open her bunker door, which looks out over a Swiss lake. She doesn’t exactly seem like a representative of the 'New Gestapo,' a description given by her most ferocious adversary, the former Serbian dictator Slobodan Milosevic. With fuchsia-coloured pants and gold earrings, she offers a mocking smile and a flamboyantly Italian air, despite a broken arm. Carla Del Ponte became attorney general of the International Criminal Tribune for the former Yugoslavia at The Hague in 1999, and stayed until 2007. “In former Yugoslavia, we knew about everything: the rapes, the massacres, the barbarism,” she told me in her raucous voice while lighting a cigarette. “But wartime organ trafficking? That’s technically impossible.”

In 2004, through growing awareness rather than evidence, Del Ponte nevertheless opened a preliminary investigation. Evidence collected in Burrel by medical-legal experts isn’t sufficient to initiate a hearing. “Baraybar found clues but not evidence in Albania.” Awaiting a complaint, the pieces are recorded and stored in the Tribunal archive’s drawers. Over the course of the 2000s, the ICTY was inundated with war crimes trials. The problem is simple for the international community: the Serbs are the main perpetrators, the Kosovar the victims. Between 1998 and 2000, the conflict causes precisely 13,472 deaths, mainly Albanians, according to numbers from the Humanitarian Law Center in Belgrade. 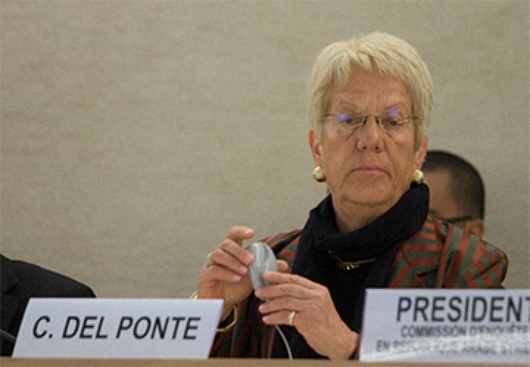 Del Ponte “forgets” the organ trafficking affair and concentrates on big fish like former Serbian President Slobodan Milosevic. His death – a heart attack in his Hague cell – after five years of investigation on the evening of the closing arguments, reawakens in Del Ponte a furious “porca miseria.” (Holy cow in Italian — Ed.) Her mission as head of ICTY is “difficult. To bring the highest-ranked political and military officials to trial for war crimes.” Surrounded by bodyguards permanently, her daily life becomes characterised by carefully timed movements, attempted bombings, threats and political pressures. In the courtroom, Del Ponte quickly discovers the quasi-impossibility of offering an efficient protection program for witnesses during trials unfolding in an “atmosphere of pressures and insecurity.” When she presides over former UÇK (Kosovo Liberation Army) warlords, certain witnesses promised anonymity disappear.

Some months later, there is a dramatic turn of events. Several pieces of evidence collected in Burrel vanish: someone has cleaned the archives without informing Carla Del Ponte. Certain members of the Tribunal lance accusations, asserting that she gave the order to destroy evidence. “It’s incredibly stupid. One must never destroy clues, especially when the investigation hasn’t been closed,” she strikes back, leaving open the mystery of what occurred. Did this stop Carla Del Ponte from continuing her work? She won’t say more. “We did our best, despite political obstacles, but we are not Don Quixotes. Not everything has been tried yet.” Inflexible, combative, non-compromising. Del Ponte has been feared and admired by warlords and victims’ families alike. At the top level, in any case, her qualities have become cumbersome. The ICTY, an international judicial structure, remains a political instrument subject to the goodwill of sponsor states.

The Americans have always “condemned Serbia, all the while ignoring crimes committed by their protégés,” according to the UÇK. The organisation claims that the country smoothes things over by justifying any actions in the name of the “stability of the country,” all the while with its umpteenth cigarette dangling from its lips. “The ICTY’s collaboration with UNMIK has always been complicated. And NATO has always supported UÇK. To obtain access to military information during judicial proceedings, we began by receiving authorisation from Brussels and finished by throwing a spanner in the works.”

In December 2007, Del Ponte resigns. Returning to “normal life,” she publishes her memoirs in April 2008. In The Hunt: Me and the War Criminals, she mentions publicly for the first time the subject of organ trafficking. “I had asked UNMIK, and then the European mission EULEX, to resume the investigation. Since nothing had been done, I decided to talk about it in my book. This new form of war crime cannot remain unpunished.”

YOU JUST READ THE FIFTH CHAPTER OF OUR INVESTIGATION INTO ORGAN TRAFFICKING IN KOSOVO. DISCOVER THE NEXT CHAPTER OF THIS GREAT THRILLER EVERY TUESDAY THROUGHOUT THE AUTUMN HERE AT YOUR ONLY EUROPEAN MAGAZINE.