Students on an Erasmus exchange in Istanbul can either get involved in the city's pulsing and extremely political life, or abandon themselves to binge drinking with other erasmus students on the isolated campus...

An Erasmus student who studies at Halic University, another private university in a predominantly Muslim part of Istanbul, tells me that she belongs to the small minority of female students on the campus who don't wear a headscarf, something which she finds very alienating. Although covering your head in public spaces in secular Turkey is forbidden, headscarves are tolerated at most universities. My university is an exception here, as it is in so many cases. Muslim students wearing headscarves take them off when they come to the security officers in the entrance area, and don't appear to be particularly unhappy about this.

Talking of entrance areas; these days the bag of every single student is painstakingly searched in the entrance area of Yildiz University. A few weeks ago there was a fight between two political student factions, during which the police were forced to intervene. Another Erasmus student I know who studies at Yildiz told me that she came out of the seminar building on the day in question and saw the campus clouded in gas. The police, who actually had no authority to enter the campus, bombarded the brawlers with tear gas until they were driven apart. The mode and manner with which the state uses violence against its citizens is not just interesting for students who deal with the theme of power and state but is also to be seen and experienced in day-to-day life. 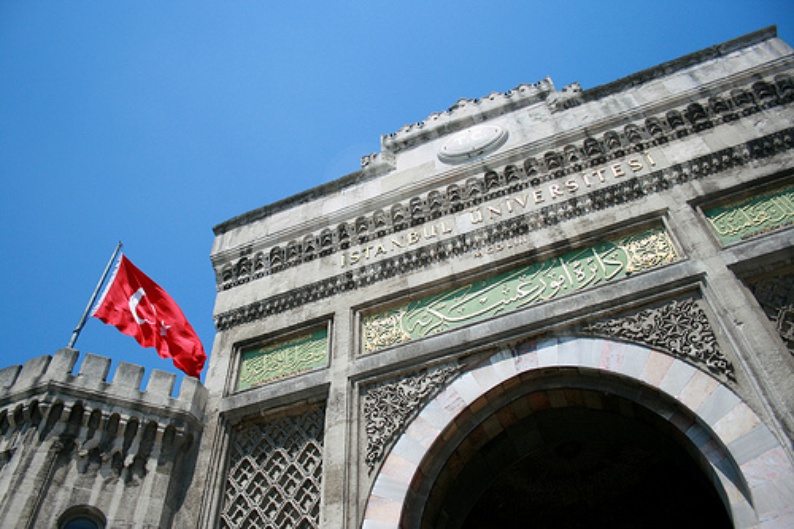 But to do this, you have to get out onto the streets. Erasmus students who live in student halls on the secure, clean campus just under two hours away from the centre on the Asian side of the city, as is frequently the caseat my university, sense little of all this. Because of the distance they seldom travel to the vibrant European quarter, and their contact is mainly limited to the other Erasmus students at their university with whom they go to the pub in the evening and consume as much alcohol as their livers (and wallets) will allow.

Their exertions to integrate themselves into life in Istanbul are minimal; rarely enough to learn the language. There are pragmatic reasons for this. Only a few Erasmus students live with Turkish-speaking flatmates. Even when they live in a shared flat – a concept which, particularly in the two sexes variety, has long not been as popular here as in other countries – they share these with other Erasmus students. "At the start I wanted to move in with Turkish people too, but then the other Erasmus people found the flat here," is a popular refrain. The situation isn't helped by the fact that teaching in most universities is in English. 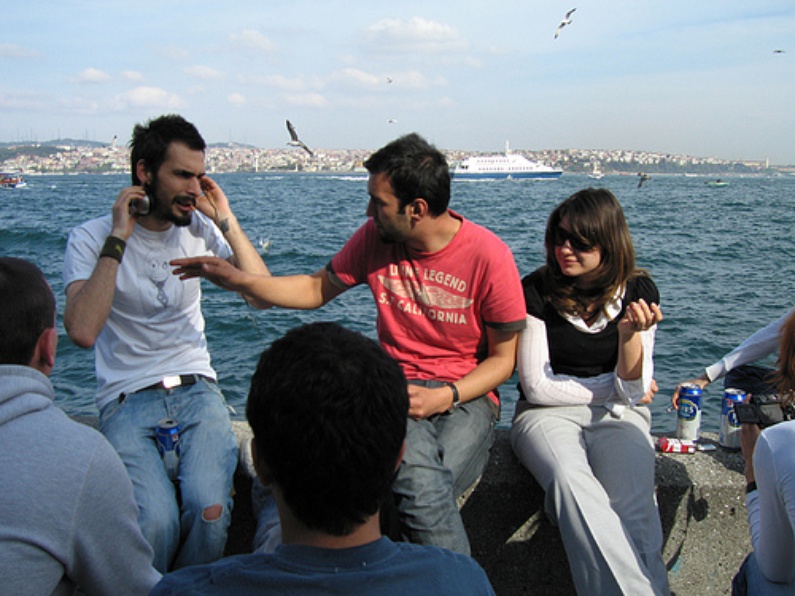 Language is the first step to integration in any culture. If you want to learn a language you need to speak as much as possible: with people on the stree;, when shopping; with the bus driver. This is mainly extremely amusing but sometimes also frustrating. After nine months in Istanbul I still often understand no more than half of conversation. While I can't read a newspape, I can at least follow the context and make myself sufficiently understood. The more I master the language, the deeper I penetrate into the culture, into the lifestyle, the more information I catch. This motivates me to continue. Another student I know had not managed to learn the Turkish word for "goodbye" when I arrived in the country – and he still hasn't. Instead, he has had a lot of fun in his international flat and the many parties and says that he wants to come back as he "has had the best time of his life."

When most of the Erasmus students at Yeditepe returned home at the end of the first semester a few held a goodbye party. As at most Erasmus parties, I was conspicuous by my absence. But I still had the best time of my life.