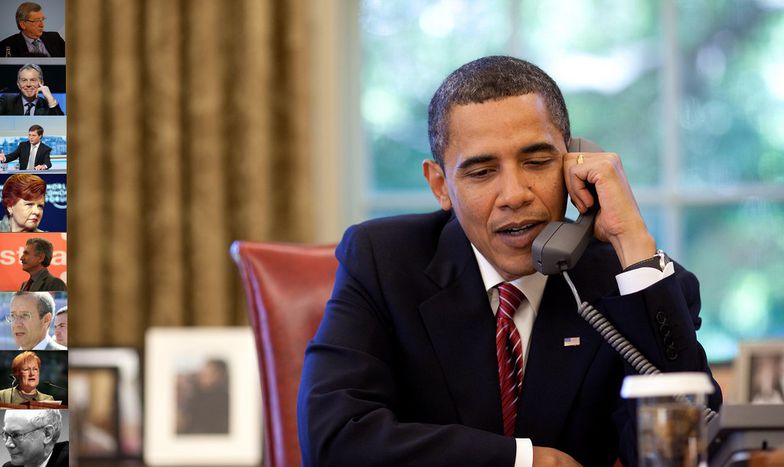 EU heads of state and government meet today in Brussels to appoint the president of the European council and the EU's high representative for foreign and security policy. Despite months of negotiation, agreement has not been reached on who should hold the posts. The Italian, Spanish, British and French press react

'A treaty is not enough to clothe a naked king' - Il Sole 24 Ore, Italy

Today's EU summit should finally put an end to the search for candidates for the new EU posts, writes the business paper: 'If Europe could learn to react more strongly and more quickly to what happens in the globalised world it wouldn't have any doubts or hesitation this evening. It would immediately (because it has already lost too much time) select a strong and credible president and foreign minister. After the difficult process of adoption by the 27 [EU member states] the Lisbon treaty was to provide Europe with an instrument to awaken it from its slumber. The difficulties with the nomination [of the candidates], however, have once more confirmed that a treaty is not enough to clothe a naked king who, for lack of any prospect of common [European] interests, has long since pushed national interests into the foreground' (Adriana Cerretelli)

The left-liberal daily criticises the way the search for fitting candidates for the newly created EU posts has been conducted, saying there has been a lack of transparency: 'It is not a routine decision: the functions these two posts end up having will to a large extent be determined by the persons who occupy them for the first time. For weeks rumours have engulfed the transparent discussion. The logical approach would have been to first reach an agreement about the requirements for the post and then discuss the names of the selected politicians - whether male or female, because this is an opportunity to make the [growing] presence of women in European institutions visible, a process which has already begun within national governments'

The problem with the new posts of EU president and foreign minister is the difference between their symbolic power and the political reality, writes the daily: 'The European Union, along with the majority of its advocates and critics, long ago fell in love with symbols. It wanted a single figure for Europe that citizens could point to, a single figure whom president Obama could ring when he wanted to talk to Europe. The problem with symbols is that, by definition, they can never survive contact with reality. The dull facts of these jobs barely resemble the grandeur of their stated purpose. But, in the end, we simply do not want a single figure running a pan-European foreign policy, any more than we want a European head of state. This event was always likely to be hubristic. The disconnection between the symbol and the reality has made it a little unsettling, as well' (Damian Chalmers)

The new EU president must be strong but should not be called Tony Blair, writes the daily: 'The closer the deadline comes, the more it seems clear that the president of the European council should be chosen according to the same model as the head of the European commission: a facilitator, a man who doesn't make waves. In short an anti-Tony Blair. Apart from his attitude to the Iraq war and the knee-jerk opposition of the British to European integration, the former British prime minister apparently has too many handicaps for his old dream to come true. This should not serve as an excuse to put a second José Manuel Barroso in his place. To a large extent the person who finally is appointed will be obliged by the treaty of Lisbon to invent the post. So regardless of who's the right person for the job it does require a certain personal aura' (Henri Gibier)