An amazing story about Greek politics!

An amazing story which describes who politics work in Greece.. During the Second World War and specifically during the Italian occupation, an island in the Ionian sea was under the Italians. The Italians had commandeered the town hall, located in the main square and turned into their headquarters ... An Italian officer was sitting in the mayor's office and was enjoying the view over the square.

In the center of the square there was a beautiful church with an amazing steeple. The Italian officer was waiting to hear the clock beating, but they informed him that it had been stopped due to weather damage. 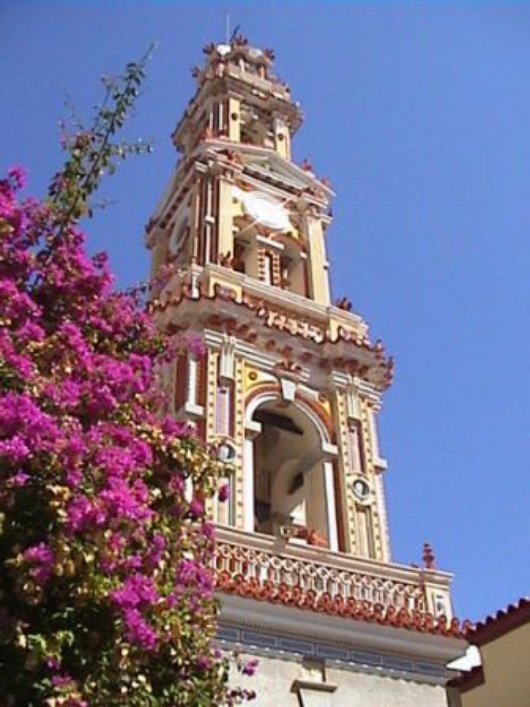 The Italian felt his duty to restore the damage and learned from the mayor of the island that the clock had stopped because there was no oil to lubricate the gears. Then the officer without a second thought offered the mayor a can of 12 liters, of virgin Italian olive oil to lubricated the gears and set the clock back to work again.

The mayor took the oil and during the evening called at his house the Treasurer of the council and gave him a can with 6 liters of extra virgin Italian olive oil, saying that an Italian officer cares to see the clock working again and that he would have to move quickly so that the oil would reach the clock restorer. The next morning, the Treasurer went to the central church of the island to find the priest.He was holding a bottle with 3 liters of extra virgin Italian olive oil. He said that the priest as head of the church, and thus the clock, had ensure that the oil reaches the hands of the clock restorer, to lubricate the gears in order for the clock to work again, according to the wish of the Italian officer.

The priest took the oil and the same afternoon called the sexton in his office. He explained him the desire of the Italian officer and that for this reason he offered 1 liter of extra virgin Italian olive oil. Thus, he asked him if he could give the oil to the  conservator of the clock and tell him to do the job as quick as possible. The sexton went immediately to execute the mandate of the priest. After a few hours he was knocking on the door of the clock restorer and after he recounted what had happened gave him a bottle with 200 grams of virgin Italian olive oil and asked him to start as soon as possible to grease the clock so to not disappointed the Italian officer.

The maintainer of the clock, when left alone, looked in awe of the precious contents of a bottle. He thought how delicious would it made the few vegetables that used to eat with his family for months due to the famine. How good would that little oil be for his hungry children!  At the same time he thought with horror the reaction of the Italian officer, ignoring at the same time the... other links in this chain! The same afternoon, the clock struck again after a long time, six times. At first the islanders thought that someone had died and were a bit feared. Later, however, they ve learned from the priest that the great Italian officer had offered virgin Italian olive oil to put the clock and thought they should feel very grateful to the Italian despite their difficult moments in the middle of a horrible war.

Of course the clock in the main square stopped working after one week and the Italian officer executed the Greek restorer one morning in the presence of the mayor, the treasurer, the priest, the sexton and the other inhabitants of the island as an example of corruption!