Americans Are From Mars…

…and Europeans from Venus? That has been the underlying question for some months. The transatlantic relationship has always been tense but bones of contention are multiplying. Fault of circumstance or was it inevitable? 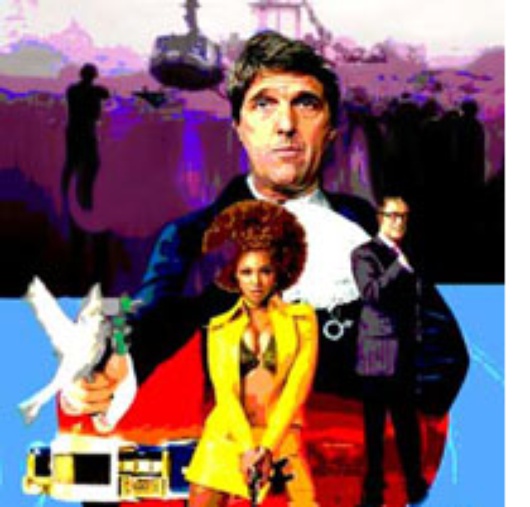 ‘Europe has a favourite dream. JFK (John Forbes Kerry) is elected President of the United States and, as if by magic, Europe rediscovers the America it loves’. This opinion, that of a French Internet user, nicely illustrates the feeling which prevails in Europe today. Generally speaking, Europeans expect much from the coming American presidential elections. All their hopes are focused on Kerry, the Democrat candidate: he knows where Europe is on the map; even better, he speaks French and can stumble through a few words of German; he has already crossed to the other side of the Atlantic where some of his family live; and most important of all, he is not Bush.

An end to the ‘Dubya’ clangers

Since Bush Junior took the reins of the White House in January 2001, rien ne va plus. At first, his ineptitude and confusion made people smile: ‘While one of them reads Le Monde (Kerry), the other one doesn’t read at all!’ Today, the atmosphere has changed to one of veritable conflict of interests and conflict pure and simple. According to Thierry de Montbrial, Director-General of the French Institute for International Relations (IFRI), ‘the transatlantic relationship has been suffering from numerous disputes, commercial as well as political, for many years’. The environment is one area of tension as the United States is refusing to ratify the Kyoto Protocol (which aims to reduce greenhouse gas emissions) ‘even though the US is the planet’s biggest polluter’ de Montbrial points out. The Israeli-Palestine issue is, of course, an argument which won’t go away. As is the death penalty, still legal in some American states. Not forgetting the war in Iraq. The ‘unilateralism’ of the Bush administration has reached crisis point in the eyes of Europeans who denounce the administration’s lack of respect for international organisations and its contempt for Europe – symbolised by Donald Rumsfeld’s comment about ‘Old Europe’ to refer to Germany and France.

In contrast, John Kerry has openly denounced White House foreign policy as ‘outstandingly arrogant, inept and unilateral’. He claims to believe in multilateralism, ‘especially with Europe’. But does that make him a saviour for Europeans? For many analysts, the current differences are not only due to circumstance. The respective cultures themselves differ: Judeo-Christian versus secularism; worship of individual freedom, capitalism and self-made men versus equality and socialism.

The UN is often seen as a pro-European and corrupt organisation, at least by Republicans. But we shouldn’t talk about general anti-Europeanism. Firstly, America is more divided than ever, ‘close to civil war’ according to the conservative journalist Dennis Prager. And this is true in all areas. Some people like Europeans more than others. They are principally to be found among the Democrats. In the image of John Kerry, the Democrats often have a more conciliatory, understanding and positive opinion of Europe and the UN whereas Republicans are more suspicious, independent and negative.

Moreover, not all Europeans are seen in the same way. The British have always been considered separate. And ‘the French too’, claims this Republican from California, ‘even if it’s a game of cat and mouse!’ But not everyone thinks this way if we are to believe Timothy Garton Ash, leader writer and specialist in international relations. According to him, the French are the preferred target of gibes on the East Coast.

Many other analysts seem to suggest that Americans just aren’t that interested in Europeans. Some because they don’t know us, others because we are unimportant, whether in terms of size, military power or politics. Europe is ‘neither an ally nor a potential rival’.

Try this little experiment: enter ‘anti-Americanism in Europe’ into the Google search engine. You will find some 66,100 matches. In contrast, for ‘anti-Europeanism in America’ you will only find 1,660. Food for thought.