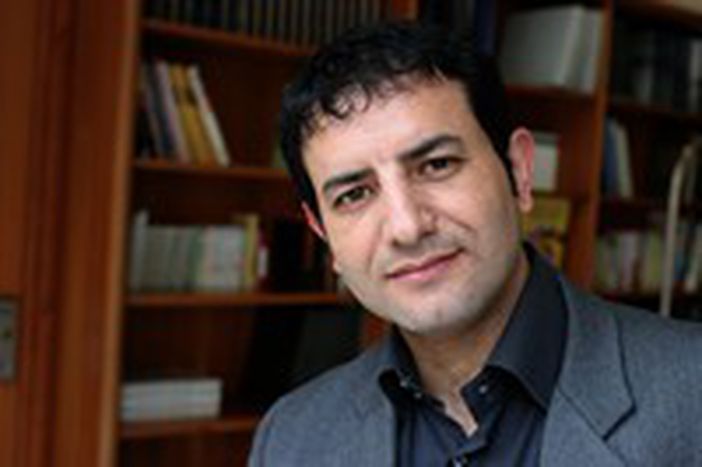 ‘Scontro di civiltà per un ascensore a piazza Vittorio’, has been consecrated Italy’s literary sensation of the year. The 36 year old Algerian-born author, who is Italian at heart, tells us his story

Last May, Amara Lakhous' latest novel caused a stir in literary circles. It was included in the ‘top ten most-read Italian books of the year’ section of Corriere della Sera, one of Italy’s most prestigious and influential national newspapers.

Amara Lakhous, though, is Algerian.

His novel, literally ‘Clash of civilisations in a lift in piazza Vittorio’, presents humanity in all its shapes and sizes, with characteristic wit and irony. The story begins with a murder in a multicultural and vibrant district of central Rome called piazza Vittorio. It ends with a revelatory take on the future of society that is universal in scope and insight.

‘I have lived in piazza Vittorio for six years now,’ Lakhous tells me. We are seated in the imposing headquarters of the Association of International Publishers in Rome. ‘Over the years, I have witnessed things in Piazza Vittorio that appear, a year or so later, elsewhere – it is a ‘laboratory of the future’ - a protoype, as it were, of what a harmonious, cosmopolitan society can be like.’

’In Rome everyone feels at home, even foreigners living among foreigners’

Lakhous demonstrates his deep affection for piazza Vittorio and for Rome, where he has lived for over ten years. ‘In Rome everyone feels at home, even foreigners living among foreigners. I believe that the city’s warmth and hospitality is a reflection of its history.’ Lakhous equates Italy with his view of ‘liberty’ in a way that he felt unable to do during his sojourn in France. In an interview with the magazine, ‘Left’, he explained that the stigma associated with Algeria’s colonial past in French society continues to make itself felt.

At the beginning of November, he returned ‘home’ to attend Algeria’s annual Literary Festival. What is perhaps unusual about this is that he attended the event at the request of the Italian government’s Institute of Culture – a testament of the extent to which the author is considered an integral part of Italian culture and society. Even the themes he addresses in his works, and of which he is so passionate, are typically Italian: the ‘Italian comedy’ cinematic genre and Carlo Emilio Gadda’s masterpiece, ‘Quer pasticciaccio brutto de via Merulana’.

Lakhous adds two essential ingredients of his own that are typical of the ‘diaspora literature’, an art form that has grown out of personal experiences of migration. ‘The first is the migrant’s ability to cast a fresh look on reality by virtue of being a detached observer in a new society. The migrant writer’s sense of curiosity enables him to absorb things that are dismissed as unimportant by those that have engaged with them over a lifetime. The second advantage is linguistic experimentation. The migrant writer can transpose images, metaphors and idioms derived from his own linguistic heritage to the host language, a process that enriches the latter.’

However, no love appears to be lost between Lakhous and what he describes as, ‘a tendency among authors writing in the ’diaspora literary tradition’ to dwell solely on the autobiographical; their life, their experiences of integration, their trials and tribulations.’

Berlusconi leads an attack from the West

That is not so say that Lakhous means to disregard this tradition and his own experiences as a migrant; on the contrary. His decision to write and adapt two versions of his novel, in Arabic and another in Italian, reflects his unique approach to this question. He is active in other spheres of Italian society. He has just returned from working for the organisation, Caritas, where he gave a presentation of an annual review on immigration in Italy. This publication is the authoritative source of information for anyone writing on the subject.

He is also producing a commentary on the same subject, this time for a televised documentary that will air next spring. And he is in the final stages of a doctorate in Social Anthropology at the prestigious University of Rome-Sapienza, entitled ‘Living Islam as a minority: The case of first generation Arab-Muslim immigrants in Italy’. He is a journalist, too, and has worked for the news agency, AdnKronos International, for the past three years.

His biography leaves us in no doubt that immigration is an experience he has lived through. It is not simply an academic foray into the subject. He contends that discrimination within society coexists with the difficulty that Italians ‘continue to face when trying to confront immigration and its implications more generally.’ He explains, ‘this, I believe, rests on the fact that Italians have not yet faced up to their own history of migration; namely, Italian emigration to Europe, the US and elsewhere, and internal migration from the south of Italy. Furthermore, Italians have yet to understand and reconcile themselves with the elements of Muslim culture present in contemporary Sicilian identity.’

Neither does he fail to tackle head on the policies of the Berlusconi-led government. ‘During the previous administration, the ‘War on Islam’ and associated discourse had become institutionalised.

Former prime minister Silvio Berlusconi’s pronouncement on the superiority of Western civilisation, and the ‘western manifesto’ of the former president of the senate, Marcello Pera, or the controversy courted by another minister, Roberto Calderoli, when he appeared on national television wearing a shirt displaying a caricature of Mohammed, are to name as but a few incidents of this type. These cases illustrate the loaded political potency of the ‘clash of civilisations’ phrase.

Lakhous remains sceptical about the part Europe should play in governing immigration policy. ‘Even if most affirm that immigration is a European concern, in reality, it is inseparable from internal politics and electoral campaigning tactics and strategies. Often, it serves to redirect the dissatisfaction of citizens and to deflect media attention from other, more intractable problems, towards the ‘other’. Immigration policy is too important a national concern for governments to delegate to Brussels.’

Lakhous wields his pen like a weapon to satirise the media frenzy that has gathered around the ‘clash of civilisations’ debate. Indeed, the phrase appears in the title of his book and unambiguously recalls the oft-quoted thesis of the same name by Samuel Huntington. However, he argues that another issue is hidden beneath the furore generated by the phrase. ‘The ‘clash’ is more virtual than real’, explains Lakhous. ‘It has become conflated with criticising anything to do with the government and its policies, more generally. Some talk about the ‘clash of civilisations’ so as to avoid a proper discussion of immigration and the integration of Muslim migrants. Both issues need to be treated more seriously and in greater depth than they have been accorded with so far.’

Amara Lakhous prefers the ‘constructive critical debate from which dialogue is born,’ instead of conflict and controversy for their own sake. ‘The worst that can arise between two societies is indifference’, he adds. ‘In the same way that motorways are tedious; roads with intersections produce surprises and reveal new routes to travel down. That is how genuine understanding and wisdom is born.’