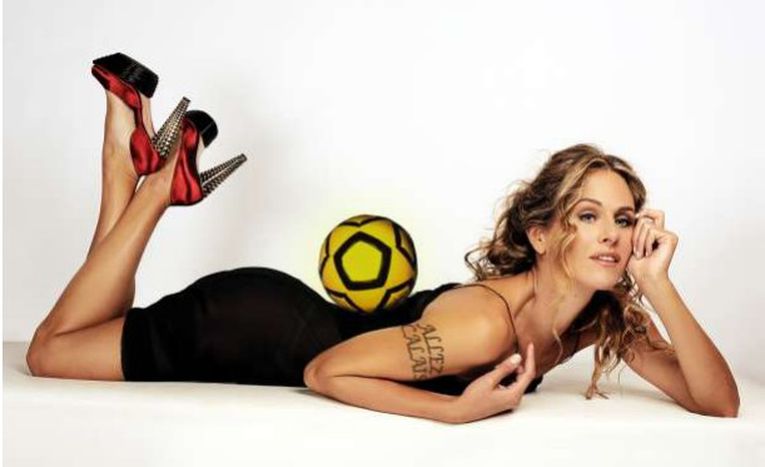 ‘Come on, Calais!’, a theatrical monologue written by the Italian journalist Osvaldo Guerrieri, tells the story of the amateur football team who played FC Nantes in the historic French cup final in 2000. It’s one in the back of the net for football, as the epic tale of the underdog takes to the stage in Paris

Marianella Bargilli runs across the stage, rolls around on the ground and raises her arms in celebration. The one-woman show is narrating the week leading up to an epic match at the Stade de France, France’s national stadium just north of Paris. The lowly fourth division side Calais Racing Union FC (Calais RUFC) take on the defending champions FC Nantes, a football team founded during world war two, in front of 80, 000 spectators. Calais is a forgotten border-town in north-eastern France where the English used to come to do their shopping. Now it is suddenly roused and living the dream, its streets overrun by journalists.

One after another, Calais knocked out the teams from Lille, Bordeaux and Strasbourg in the lead-up to the national championship 'Coup de France' final. ‘Media attention ratcheted up a couple of notches every time we got through a round,’ explains Nicolas Thiriot, the son of the chairman and manager of Calais at the time, Claude Thiriot, and president of the charitable organisation Calais 2000. He was amongst the audience for the first performance of Come On Calais! ('Allez Calais!') at Paris' Mouffetard theatre in September, following a tour of Italy, and he was unable to hide his emotion. 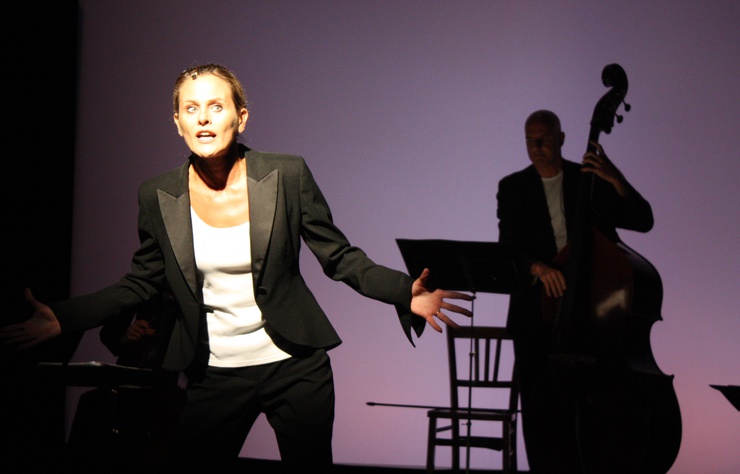 Marianella Bargilli, 40, has been playing the role of a modern-day Homer since 2009, when director Emanuela Giordano first adapted Italian writer Osvaldo Guerrieri's 2007 novel Alè Calais for the theatre. ‘I've never been interested in football in my life,’ explains Guerrieri. ‘I didn't go to Calais for a trip down memory lane. I told the story from the town's point of view, using fictional characters and plots to describe a town that was reborn through a football match.’ However, it seems that Nicolas Thiriot is unaware of this. ‘The author must have undertaken significant research to have been able to reproduce so faithfully what took place,’ he remarks. Whilst the characters of the pastry chef, the fisherman and the primary school teacher who make up the amateur Calais football team are not based on real-life people, their feelings are genuine: through her monologue, Marianella Bargilli spirits us into the conversations of people surprised by the events around them. She shows they are proud to live in a community that has suffered from its image of a small town in the north of France, but stands firm in the face of adversity. They are happy to come out of obscurity and into the limelight. 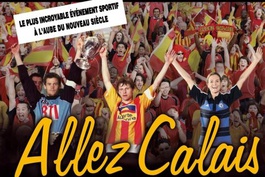 ‘The baker had made yellow and green doughnuts in the shape of canaries, which is the nickname for the Nantes team,’ Marianella tells us in role from the stage. ‘’We'll eat them for breakfast!’, says a passer-by.’ Combining Italian and French, the narrator shows us this northern French town through the eyes of Frédéric Sugnot, a journalist at the French newspaper l'Humanité. He arrives bored and sceptical, and leaves enriched by the people he has met, by the buzz and the music of a town that is celebrating, and especially, inspired by the humility of the lead players: Marianella becomes the French-Spanish coach and council employee Ladistas Lozano, the goalkeeper Cédric Schill and the forward and supermarket clerk Michael Gerard in turn.

Come On Calais! brings a David and Goliath narrative to the stage, the same narrative that changed the atmosphere at the Stade de France on 7 May 2000. When Calais scored 1-0, the stadium stayed silent, except for the corner where the 5, 000 Calais supporters were crammed in. In fact, the whole of France was rooting for Calais. The very format of the French championship is designed to help the smallest clubs progress as far as possible: for example, the smallest club will always play at home, and 'home' and 'away' matches are eliminated, favouring just one pop at a win. It's at this point that sports experts like the television commentator Nelson Monfort leap out of their seats: ‘Sport doesn't lend itself to fiction, because its real-life images are too powerful to be conveyed,’ he says at the end of the performance.

‘Sport doesn't lend itself to fiction, because its real-life images are too powerful to be conveyed’

For the rest of the audience and ‘especially the women who might sulk when their husbands go off to the football at the weekend’, says Marianella, the show has been a very pleasant revelation. ‘You find unexpected humanity, hope and solidarity,' she continues. ‘You also suddenly feel a new bond with the men who were already familiar with the story.’ This new, gooseflesh-inducing harmony is fully evident at the end of the story, which also marks the end of the match: Nantes has equalised and goes ahead 2-1 thanks to a disputed penalty. The referee blows his whistle, and it's over to the president Jacques Chirac to present the cup to the champions. Nantes' captain Mickael Landreau fetches Reginald Becque, captain of the Calais ‘blood and golds’. For the first time in the history of the competition, they lift the cup together, and the whole crowd goes wild.