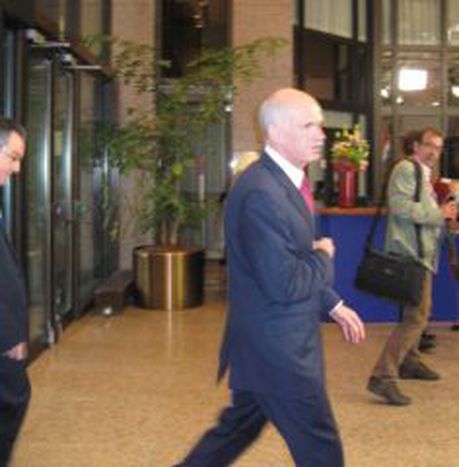 All eyes on Athens

By Eva Donelli On the first day of its June Summit, the European Council has recognised the progress made by Greece in the last year concerning fiscal consolidation and has called for the Greek Parliament to urgently adopt the key laws on fiscal strategy and privatisation included in the reform package, before a decision on the second tranche of aid can be finalised.

The 27 Heads of State and Government’s decision on releasing €12 billion of emergency aid to Greece, (the fifth tranche of €110 billion of EU and IMF loans which was agreed in May 2010), has been deferred to the 3rd of July in order to give more time to the Greek parliament to decide on the so called austerity package. In pre-summit talks on the crisis, European Union and Central Bank leaders agreed that an extraordinary meeting of the eurozone’s finance ministers would take place on this day.

The ambitious 5 year package, put forward by Prime Minister Papandreou's government and agreed with the EU and the IMF, will be voted on by the Greek parliament on the 28th of June and includes further cuts in public spending, tax increases and privatization measures. Its approval is required before the EU will release another rescue package to boost the country’s economy.

However, angry Greeks have participated in mass protests and strikes against the stringent bail-out conditions, accusing the EU of sacrificing them for the sake of the euro. Greek trade unions, from both the private and public sector have called a 48 hour general strike, to boycott the cuts on the day of the vote.

“Greece is strongly committed to continue a very difficult but important programme for major changes, radical changes to make our economy viable”, Papandreou explained to his European counterparts in Brussels, “We expect that the European Union also will create the efficient framework to deal with this crisis and also to deal with the number of systemic problems we’ve been seeing over the past months in the eurozone.”