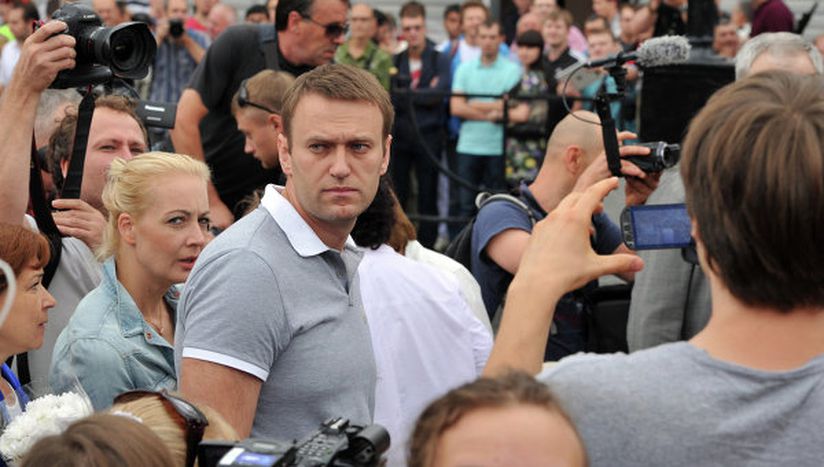 The Navalny Case might have been just another episode in the apparent clean-up campaign carried out periodically by the Kremlin. Take Pussy Riot, Sergei Udaltsov, Garry Kasparov or Khodorkovsky as examples from recent memory.

On this occasion in Russia, the popular anti-corruption blogger and opposition leader Alexei Navalny ended up as the hero.  Navalny was one of the key figures in the urban protests of May 2012 against Vladimir Putin, and the scourge of the corrupt Kremlin in the run for mayor's office in Moscow in the same year. In July 2013 he watched as, during a night-long proceeding, the Russian justice system sentenced him to five years in prison for embezzlement.

To get to the root of these accusations, we must return to 2009 when the lawyer was working as an advisor for the state-owned company Kirovles, a now bankrupt timber merchant located in the Kirov region of central Russia.  According to the public prosecutor, Navalny along with his associate Pyotr Ofitserov (sentenced to four years) made off with almost 400,000 euros.  Both men forcefully denied this accusation, which saw them facing a trial cooked up at lightning speed.

Upon hearing the verdict a large mass of people gathered in Moscow's main public areas to show their support for the new leader of the opposition.  The opinion spread like wildfire across the whole nation that here was a new witch-hunt, a clearly politically-biased process. The reaction caught the authorities by surprise.

Here we arrive at the incongruent cherry on the top.  A day after Navalny's conviction, the ministry of finance, who had sought his incarceration, requested his freedom: an unprecedented event in the history of the Russian justice system. And a suspiciously 'remote-controlled' judgement, which will leave the accused in limbo until the appeals court.  Navalny rose like a phoenix from the flames and confirmed his aspirations for mayoral office in the Russian capital.

Hence the the link was broken by which we might have compared the blogger to another opposition activist, the ex oil-tycoon Mikhail Khodorkovsky. Since his imprisonment in 2003 Khodorkovsky's image has faded like a fairy in whom no one believes anymore.  He has all but disappeared from contemporary public awareness, bound for the peace and quiet preferred by the many oligarchs who under the protective veil of the Kremlin continue to misappropriate money from the largest country on earth.

There are many who blame Putin for the same wrongdoings of past illustrious monarchs, who centred their obsessions round imaginary enemies (including those not yet born), and who cannot see the true Brutus' when they start advancing from all sides.  The Navalny case unwittingly exposed a fratricidal struggle for the appointment of Mayor of Moscow, a position at stake due to the anticipated elections announced on the 8th September by the current Mayor in office, Sergey Sobyanin.

Dubbed 'the straw man' (thanks to some string-pulling from the omnipresent Russian president) Sobyanin intends to rid himself of the stigma and has decided to risk it or let the ballot boxes do the talking.  Not only has he disregarded the orders of the ruling party United Russia, but he has managed to position himself as a candidate for the opposition.

Sobyanin ordered his 49 councillors to back Navalny to obtain the 110 signatures necessary to ensure he remains an option.  Why? It seems that Sobyanin is so confident in his own charisma and 'good work' that he is giving his rival the 'gift' of participating.  So that afterwards, presumably, his own victory will taste all the more sweet and no one will be able to claim he won by default.

Now we're at a point where anything could happen.  The municipalities who were pleading fatal wounds prior to Navalny's arrest, have turned around so quick as to be percieved as desperation on the part of Putin.  The Kremlin leader fears losing the capital, something which would be seen by many as the beginning of 'the end'.  We will have to see what surprises still await us, just in case there are any more opposition candidates hiding in the shadows.