After several false starts - thanks in part to faulty envelope glue - the second round of Austria's elections finally took place on 4 December, with Alexander Van der Bellen winning against the far-right candidate Norbert Hofer. We spoke to Van der Bellen earlier this year and asked him about frogs and the challenges of being President.

cafébabel: The modern world can be complex for some people. How would you describe to a child what you do?

Alexander Van der Bellen: Being the President is something like being an experienced captain on a ship: he keeps a watchful eye on what the crew are doing, always listens to their concerns, and ensures that the ship stays on course. When a storm hits, he makes sure that the helmsman steers the ship through the rough seas and that everybody emerges safely out of the other side.

Alexander Van der Bellen: Cresta Run in St. Moritz. It's an ice track which you hurtle down at 140km/h on your stomach using a sled.

Alexander Van der Bellen: Peacekeeping and employment are already very convincing arguments for a united Europe, I think. A stable, connected Europe is, for me, vital for economic and peace-related reasons. Tens of thousands of jobs in industry and tourism ride on Austria's membership of the EU, and these would be under threat if Austria were to withdraw. Above all, it's great that so many young people can freely decide where they want to live, learn, and work within Europe.

Alexander Van der Bellen: The tendency to flirt with the idea of Austria leaving the EU - the Öxit, in other words. The talk of leaving is already having a detrimental effect on the job market and on Austria as a business location. I will do everything I can as President to ensure that Austria is led by a pro-European government and that it doesn't shunt itself into the sidelines.

cafébabel: So it seems the Internet knows everything, but what's one thing Google doesn't know about you?

Alexander Van der Bellen: Perhaps that I enjoy the croaking of frogs in spring - as long as it isn't too close to my bedroom window. ;) 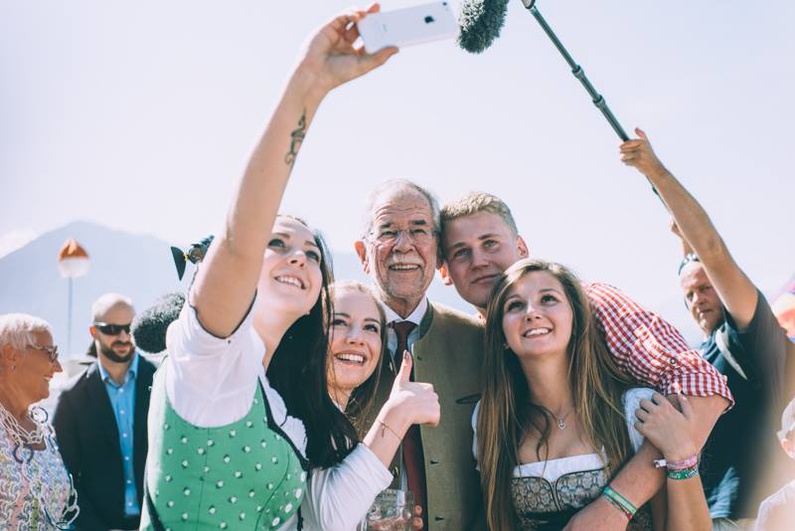 Alexander Van der Bellen: "You and I: we're stronger together." I'd also like this one: "It's your future!"

Alexander Van der Bellen: Well-paid jobs for everyone who needs them.

cafébabel: "WE - All Together" is written on your election poster. How would you like to win over the 50% who voted for Norbert Hofer in May only a few months later on 4 December with this sense of unity?

Alexander Van der Bellen: With a widespread people's movement which reaches far beyond party lines. Lots of people are getting themselves involved: entirely independent young people who sing in the subway for me, and who are currently on a tour throughout all Austria; caterers; unionists; doctors; young people not yet entitled to vote; computer nerds; farmers; and many more. How many can say that of themselves?

There are plenty of Big Fish in Europe's not-so-small pond. Introducing our series of interviews delving deeper into the lives of some of the continent's biggest names.