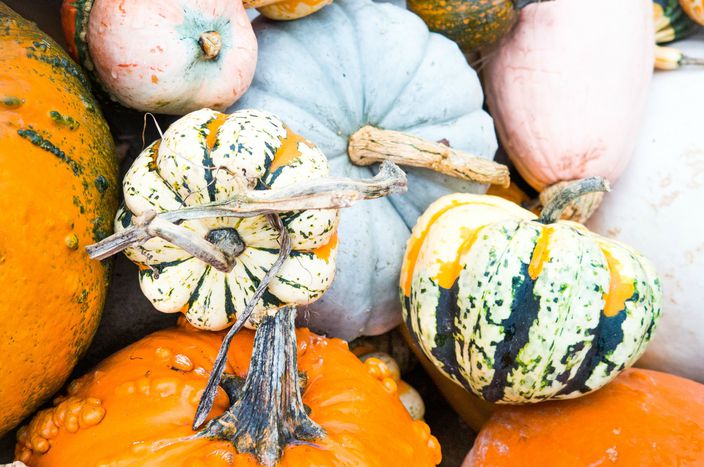 Agriculture is only a beacon of hope... 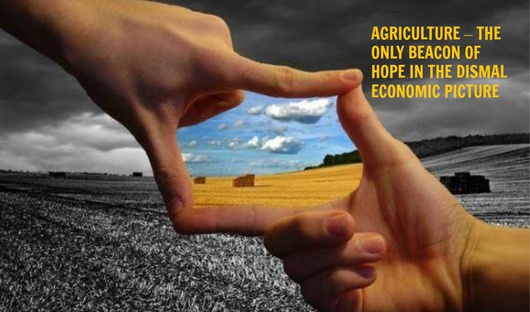 Currently Ukraine is experiencing a duel contraction. One is the long standing problems with dislocation caused by military conflict in the East of the country, and the other is its standing in global markets. The long standing problems are caused by the systemic failure to create an enabling environment that would provide equal opportunities for all. This failure is due to a combination of rampant corruption, ineffective system of property and investment protections, and an unpredictable ad hoc policy environment. Concurrently, the policy environment enabled the growth of large vertically integrated financial and business entities, known as oligarchic industrial financial groups. This limited any form of equal opportunities for all.

According the USAID/Ukraine CDCS 2012-2016, Ukraine’s fundamental economic problem is that all economic sectors have been overtaken by oligarch groups. These groups focused their efforts on the acquisition and control of a technologically simple activity. In doing so, they were able to drive global demand for commodities including fertiliser, steel, sunflower oil and corn. For instance, Ukraine’s rural areas fell under the control of agricultural oligarchs who created agro holdings with some exceed 500,000 hectares, prior to the Revolution of Dignity. The agro holdings used their economic influence to block key reforms such as development of an agricultural land market. The agro holdings also ensured that Ukraine’s taxation of agriculture enterprises remained highly favorable to large-scale enterprise. The result according to expert estimates was that agro holdings have seized control of up to 40% of the arable land, dominating the bulk of commodity exports for wheat, corn, barley, sunflower oil and meal, soybean, as well as rapeseed. They have also monopolised the domestic Ukraine export poultry market. They did this in conjunction with controlling multinational traders dealing in grain handling and export infrastructure, dominating food processing, wholesale and retail; limiting access to credit.

Declining global demand contrasted growth in political repression and corrupt practices. As market demand shrank in 2013, the government chose to protect the interests of oligarchs rather than implement reforms to continue the integrative process with the EU. This led to a social and political explosion that crystallized into the Revolution of Dignity. The Revolution of Dignity, has created significant opportunity to transform the economic and political governance system, at the cost of innocent lives. Change is needed to move from a system that favors a handful and discriminates against the rest. The changes should reflect greater equal opportunity for all. However, time to accomplish change is short. Ranged against fundamental changes are a severe economic contraction, political obstruction, and territorial invasion. Defeat on internal fronts in the fight against corruption and government mismanagement will be as fatal to Ukraine’s development as loss to its external foe.

Steven Whoehrel in his article “Ukraine: Current Issues and U.S. Policy,” Congressional Research service (8 July 2014) mentioned that economically, the country’s per capita Gross Domestic Product (GDP) is 21 percent of the EU average, and less than half that of Russia. Foreign direct investment per capita is also less than half that of Russia, and one quarter of Poland’s. The only beacon of hope in this dismal economic picture has been agriculture, which recorded growth in value, and volume of output in 2014 of 3.5%, with further change in the first nine months of 2015 of 2%. This is in spite of losses with productive assets in Crimea, parts of Donetsk, and Luhansk regions. Nevertheless, land administration procedures in Ukraine are bureaucratic and opaque. For citizens, the land administration system is confusing, burdensome, and open to corruption on many levels. Seemingly straightforward transactions are confusing and inefficient, such as registering a lease or registering inherited property. One glaring example of this inefficiency is a dual land registration system, comprised of a land cadaster (administered by the State Service of Ukraine for Geodesy, Cartography, and Cadaster); and a registration system of property rights for real estate (administered by the Ministry of Justice).

The purpose of the political reform in Ukraine is to strengthen local governance, deepen democracy, improve conditions for development of communities, and promote stability. At the same time, the aim is to increase citizen support for, and participation in specific civil society activities. Furthermore, the real economic sector faces challenges and opportunities as a result of the Deep and Comprehensive Free Trade Agreement (DCFTA), a key section of the EU Association Agreement (AA), ratified in September 2014 by European and Ukrainian parliaments. The DCFTA commits the EU and Ukraine to progressively establish a free trade area over a transitional period of a maximum of 10 years. Ukraine has committed to taking necessary steps for progressively complying with EU technical regulations, the European procedures of standardisation, meteorology, accreditation, and conformity assessment, as well as the market oversight system. They are also committed to implementing the principles and practices enshrined in the relevant EU regulations and directives. This will require not only dramatic legislative and procedural changes, but also significant changes within the general social environment, especially in rural areas.

Rural areas of Ukraine currently suffer from high levels of unemployment, widespread poverty, and poor logistical and social infrastructure. The level of wages in the agriculture and rural sector remains one of the lowest in the national economy (69% of the national average). As few as 661,400 people are officially employed in agriculture, forestry, and fishery sectors; unofficial employment in small holdings prevails. Per capita cash income of rural households, 34.8% of which rely on social benefits. This dependancy is one quarter lower than that of non-rural households. The percentage of income from farming in the total rural household income has been continuously falling (29.9% in 2000, 10.6% in 2013). The per capita income of 23% of rural households is below the minimum subsistence level (in cities it is 10.2%). The poverty level in rural areas is 1.7 times higher than in cities. In terms of living conditions, the percentage of poor rural households is 39% (compared to 19% in urban areas).

Most rural residents do not have access to high quality health or educational services. As little as 26% of rural children attend kindergartens. Graduates of rural secondary schools have much worse results in external independent tests than their urban counterparts (such as 15% to 20% less depending on subject). Moreover, the mortality rate in rural areas is much higher than in cities – by 40% in selected years. According to experts, in many cases rural residents pass away prematurely because of poverty, lack of access to regular medical check-ups, and poor quality of medical assistance. Family disruption, poor care for children, high levels of alcohol and drug addiction and social misconduct are frequently observed phenomena in rural areas.

There is still a large gap between the volume of residential construction, the quality of housing, and the utility services in villages located in suburban, recreational, and remote rural areas. Only 31.5% of the rural housing stock is connected to centralised water supply systems. Difficult living conditions cause hopelessness and a lack of trust among many members of rural communities. Participatory approaches and local initiatives for the purpose of solving rural problems are almost non-existent currently. All of these factors continue to drive rural-urban migration – especially prominent in young people. As a result of out-migration from rural residents, the rural population decreased from 33% in 2001 to 31% in 2015, continuing to shrink at a rate 0.6% a year.

Past components of Ukrainian public policy in support of rural areas have predominantly focused on providing support to state owned enterprises, agricultural subsidies and regional infrastructure. The interventions were not designed to promote wider rural development. The new strategy for Agriculture and Rural development explicitly recognised this. The strategy proposes the introduction of a policy framework specifically aimed at developing both agriculture and rural areas, making them more competitive. The competitive process is primarily defined by better targeting of public and donor resources to help mobilise local assets and resources. This will also include engaging the State, citizens, civil society, and businesses.