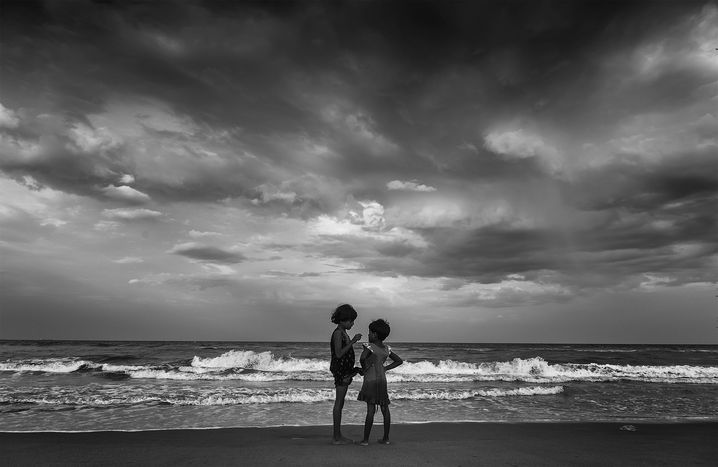 After COP 21: have we sold out or is there another end?

The Paris Agreement on climate change was broadly considered as a success. But the devil is in the details. Countries must scale up their ambitions and put them into practice if they really want to avoid the "burning flames" of global warming.

The Tragical History of Doctor Faust can be interestingly interpreted as a metaphor for climate change, as George Monbiot pointed out in his book HEAT.

Faust is a brilliant man who wants to go beyond the limits of human knowledge. To break into “a world of profit and delight”, he strikes a deal with Mephistopheles, the Devil’s servant. In exchange for his power, Faust gives away his soul and after 24 years is dragged away to burn in the flames of hell.

There is another end for Faust’s story, which was written by Wolfgang von Goethe. In this version, Faust would be redeemed by his relentless work for the rest of the humankind.

Is the Paris Agreement on Climate Change the path to follow for a happy ending or a deal with the devil?

The Paris Agreement reached at the COP21 in December 2015 was broadly considered as an historic success.196 countries approved a universal agreement to keep the rising of global temperatures well below 2° C. The text is legally binding and contains commitments by most countries to reduce their greenhouse gases emissions. These commitments will be reviewed every five years.

The agreement, however, does not introduce any mechanism to sanction countries who do not respect their obligations. On top of this, the national pledges currently set up strategies that would cause an increase of temperatures of almost 3° C – provided pledges are thoroughly implemented.

As a follow up to Paris, last week moment shifted to discussions at international level about its implementation.

In Abu Dhabi Governments of more than 150 countries met for the first intergovernmental meeting after COP21: the Assembly of the International Renewable Energy Agency (IRENA).

Few days after French Foreign Affairs Minister Laurent Fabius addressed the European Parliament in Strasbourg. He called on the European Union to serve as a role model and sign the agreement before April.

Climate change was also discussed in the World Economic Forum of Davos, from 20 to 23 January.

Christiana Figueres, the Executive Secretary of the UN Framework Convention on Climate Change, also said that “COP21 was a success, but that was the easy part”, adding that now Governments have to “move from good words to action”.

The @UN's @CFigueres says getting the #ParisAgreement was the easy part. Read why https://t.co/8Dx0SkzEHn #COP21 pic.twitter.com/JXtFxXb7iP

The concerns of the industry

Despite Governments’ declarations, climate change is not the biggest concern for business leaders, according to a survey published at Davos. Over-regulation, geopolitical uncertainty and other key threats such as cyber-attacks came out on top.

At Abu Dhabi IRENA analysis showed that reaching 36% of renewables in the global energy mix by 2030 “can provide roughly half of the emissions reductions needed to limit temperature rise to below 2° C”. Energy efficiency can do the rest.

On top of the clear environmental benefits, this would also increase global GDP by up to 1.3 trillion US dollars and create 210,000 jobs by 2030.

Now we will have to wait and see whether or not the COP21 countries will take these opportunities to redeem themselves through ambitious actions and escape the burning flames of global warming.