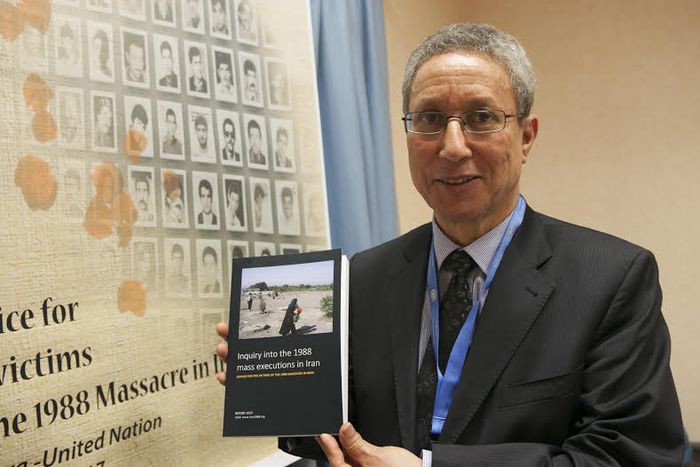 After 30 years of taboos, the truth about Iran's 1988 massacre is emerging 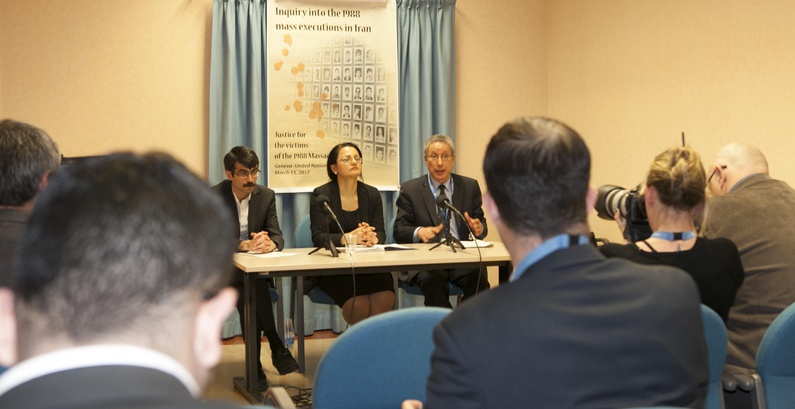 New developments suggest that the efforts of human rights defenders and lovers of justice will not be in vain. While the Iranian families of the victims of the prisoners’ massacre in 1988 are still trying to make their struggle for justice known, this crime against humanity, perpetrated by Iranian leaders still in office, is becoming more widely known and condemned by Iranian community itself and by the international community as well.

In August 2016, the son of the late Ayatollah Hossein Ali Montazeri, Ahmed Montazeri, made public the audio recordings from 1988 (in the heart of the bloody summer during which more than 30,000 political prisoners disappeared) in which the then-deposed religious, at a private meeting, disavowed the politics of Ayatollah Khomeini and blamed the mullahs as responsible before history. Ahmed Montazeri was quick to be tried for this affront to the theocratic regime and tried for 21 years of imprisonment (including 7 staff) for "acting against national security" and "propaganda against the system," but the damage was done, and he had managed to shake public opinion.

Last September, in the wake of revelations of the previous month and on the occasion of the 33rd session of the Council of Human Rights, a committee was created: the JVMI (Justice for Victims of the 1988 Massacre in Iran), involving several personalities who are specialists in human rights, including Lord Alton, a renowned defender of human rights, Ingrid Betancourt, Rama Yade, former French Minister of Human Rights, among others. This committee is dedicated to gathering even more evidence and testimonies, and to bring to international justice the perpetrators of this massacre, as it has been shown that some of the most involved in it still occupy very high positions of power in Iran currently.

On March 15 the committee published and presented at UN headquarters in Geneva a first report of 360 pages, confirming that the commonly-cited number of deaths used to quantify the victims of this massacre was grossly underestimated due to confusion orchestrated by the regime, which executed without trial, trapped the released prisoners again, concealed corpses, and repressed families in search of truth; Azadeh Zabeti, vice-president of the Anglo-Iranian Lawyers Committee (AILC), who took part in the presentation of the report, spoke of the "code of silence" enforced for 30 years, severely imposed on society by the theocracy.

Thus, according to those most familiar with the matter, there were nearly 33,700 dissidents who were hanged or shot in the space of a summer (instead of the several thousand alleged), an almost-genocide that Amnesty International has called a crime against humanity. Today, there are dozens of NGOs calling on the international community to bring those responsible to justice. A number of NGOs with consultative status at the United Nations presented their exposé on this crime against humanity at the 34th session of the HRC still ongoing in Geneva, while members of the NCIR (National Council of Iranian Resistance) met several diplomats with the objective of creating a commission of inquiry into this event, which, as the JVMI pointed out, finds few parallels in its scale in the 20th century.

The first sign of international recognition: a mention of the massacre was finally made in the recent report of the Special Rapport on the situation of human rights in Iran; Mrs. Asma Jahangir mentions in passing the ill-treatment of a prisoner searching for answers on the fate of her missing family members, and the case of Ahmed Montazeri, who, like many defenders of human rights in Iran, has been severely punished for letting the truth come to surface.