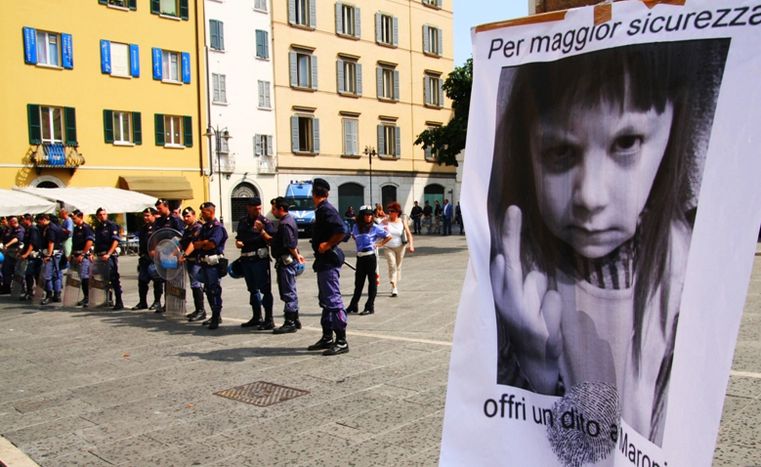 After 100 days of Berlusconi, a Eurosceptic Italy

The centre-right’s electoral victory in April was due to the 8% of votes won by the Northern League, which now counts four government ministers. The right-wing party criticise the Lisbon treaty and policies towards the Roma, which Brussels defines as discriminatory

The green mark of the Northern League ('Lega Nord') is striking in the new Italian parliament. Political and militant representatives proudly display the symbolic colour on their ties, pockets and handkerchiefs. In the nineties, the northern autonomist party supported the idea of separating the northern part of Italy (which they refer to as Padania) from the south, and champion the federalist model today. They ran with the clearest ‘brand’ in the latest electoral campaign. Northern League controls a whole support structure for its autonomist ideal, including a TV station (TelePadania), a radio station (Radio Padania Libera) and a party newspaper (La Padania). It has its own ‘national’ football team and finances an educational institution, the Bosina Institute in Varese, where the Lombard dialect is taught. It is even organising Miss Padania, its own beauty contest.

‘An American consultant was quoted as saying that the value in terms of support for the Northern League’s arguments is incalculable,’ says Cristian Vaccari, a political communication expert, referring to the recent refuse crisis in Naples and the surrounding region. ‘To achieve the same effect on public opinion, a party would have to have spent tens of millions of euros on TV advertising.’

The Northern League, which only has a standing in the north and centre of Italy, pulled off the exceptional electoral exploit of increasing their vote share from 4.5% to over 8%. They achieved results higher than 20% in the regions of Lombardy and Veneto, the economic powerhouses of the Italy. They even broke into the traditionally left-wing region of Emilia Romagna. ‘The Northern League appeared on television relatively infrequently during the campaign, so many people are amazed that they achieved this level of success,’ Cristian Vaccari continues. ‘The key was their plan of interpersonal communication and their presence amongst the voters. Also, the latest experiments which has implemented more police patrols on Italy’s streets’ – army officers now roam around dangerous areas of cities in order to put a stop to potential crime, in a six-month measure – ‘are not only an attempt to construct state-controlled structures. They are also a big opportunity for the Northern League to mobilise support and promote their policies.’ 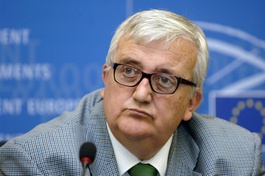 The north-south divide remains part of the Northern League movement; at an election meeting, one of its MEPs Mario Borghezio reportedly said ‘we are not Middle Eastern or Mediterranean shit’. But for some time now the Northern League has moved away slightly from the southern question. Despite a certain fascination for (pagan) Celtic culture, they want to devote themselves to the defence of ‘Christian values’ in the face of immigration (particularly illegal immigration and Roma immigrants), and defence against the danger of the ‘islamisation’ of Italy. In fact, the same MEP was arrested by Belgian police in September 2007 for protesting against the latter; according to him, the Northern League was ‘as God desired during the Crusades - against Islam, in order to defend this land.’

This change is personified perfectly in Angela Maraventano, the latest Northern League senator. She was elected in Emilia Romagna, but originally comes from the southernmost point of Italy, the island of Lampedusa, which is one of the main targets for boatloads of illegal immigrants. The international press often put it in the same bracket as right-wing populist movements. It does indeed have major similarities with parties such as Belgium’s anti-immigration party Vlaams Belang (Flemish Interest). But the distinctive feature of the Northern League is that it has always refused to have its ideology classified. It has always accommodated the most disparate political tendencies within the party, united in the name of federalism and pragmatism, with no time for state or EU bureaucracy. It’s a recipe which has won the votes of entrepreneurs, manufacturers, shopkeepers and manual workers alike.

‘A bureaucratic Europe which even wants to legislate on penis size’

The Northern League have had two strong policy themes so far. Firstly, security, in particular regarding the enlargement of the EU to include Romania and illegal immigration. Secondly, the Italian territory and consequent proposal for financial federalism which, according to Northern League MP Gianluca Pini, would be only the first step towards a federal reform of state planning, since the ‘real players in the EU of the future will not be nation states but regions such as Padania.’

The Northern League currently has four ministers in Berlusconi’s government: interior (Roberto Maroni), reforms (Umberto Bossi), legislative simplification (Roberto Calderoli) and agriculture (Luca Zaia). Among the measures introduced, the most debated has been the so-called ‘security package’, put in place by Roberto Maroni. It has made being an illegal immigrant an aggravating circumstance if a crime is committed and implemented a census of Roma camps, including the finger-printing of their inhabitants, even children (a policy which earned the government a warning from the EU). Along with the defence minister Ignazio La Russo, Maroni also signed the decree putting the ‘soldiers in cities’ operation into action.

Not to forget that after June’s Irish referendum, Roberto Calderoli declared that the Lisbon treaty was dead: ‘Whenever it is put to the people’s judgement, this Europe is always rejected. Only those in power promote it. We want a Europe where the issues of citizens’ needs are discussed, not a bureaucratic Europe which even wants to legislate on penis size.’ But that’s all water under the bridge, since the treaty was ratified unanimously on 31 July.