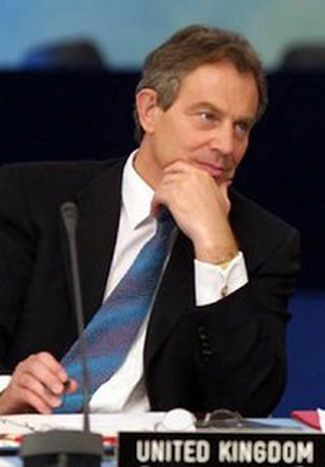 The British U-turn over its referendum on the European constitution does not mean the end of Europe. Rather a renegotiation on British terms.

Monday’s announcement by Britain’s Foreign Secretary, Jack Straw, that Britain will hold back on a referendum on the troubled European Constitution flies in the face of French and German calls for states to continue with the ratification process . But in doing so Labour are both biding their time with a Eurosceptic electorate and placing the UK in a useful bargaining position ahead of their EU Presidency.

Fittingly, Straw’s statement came thirty years to the day that the British people voted in their only previous referendum on Europe to stay in the Common Market they had joined in 1973 . In 1975 too the UK was under a Labour government, yet today’s administration is not so keen to put Europe to the public vote. Indeed, the decision to put the European constitution to a public vote only came in April 2004 following much pressure from opposition parties. It was anticipated that this would take place in spring 2006, which would have probably meant Britain, an inherent Eurosceptic nation, would have been the last state to ratify the constitution. An emphatic No vote appeared likely and this would have been of great embarrassment to the British government. However the No votes in France and the Netherlands have allowed Britain to reappraise the situation and use it to both its domestic and international advantage.

Britain can now take the lead

An analysis of Straw’s rhetoric reveals a Machiavellian reasoning behind Monday’s announcement. Firstly, by ruling out a vote on the referendum for the foreseeable future, Labour can conveniently move attention away from the controversial matter of Europe and back towards a more palatable domestic agenda of quality public services, low inflation, low unemployment and steady economic growth. This stops the Conservatives in their tracks for they will no longer be able to use the Constitution to score political points. Labour’s keenness to focus on domestic issues was clear in the recent election campaign and they will be keen to continue this approach given their now reduced Parliamentary majority. Secondly, it is noticeable that Straw did not declare the Treaty ‘dead’ but to have merely reached an impasse. This will allow Britain to use its EU Presidency to take the lead in reforming Europe, keeping the best bits of the Constitution (like the British veto on tax) and using them as a starting point to build a new Treaty. Renegotiation may well allow Britain to retain the controversial ‘rebate’ it won under Margaret Thatcher . This would allow the government to challenge the Eurosceptic charge that the EU is a Franco-German conspiracy that wants to sap Britain of its influence and may well help ‘sell’ any future text to the electorate.

We already know that Blair will not stand again for election and Europe now gives him a chance to assure his legacy and prolong his political life. If he can take the lead in any re-negotiation then it gives him a chance to bow out on a relative high. The narcissist in him would surely prefer history to remember him not as the perpetrator of an illegal war in Iraq, but as the man who attempted to re-unite Europe.