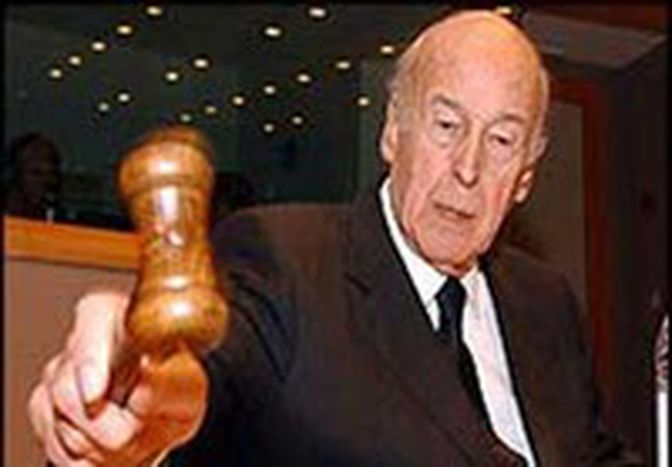 There is no equivalent to the word ‘accountability’ in other European languages, so it seems Europe will have to learn English if it is to offer a democratic alternative to the impasse of the European constitution.

How many different colours are there within France's No vote to the European constitution? Right-wing and left-wing; neo-liberal and protectionist; pacifist and revolutionary; nationalist and federalist; extremist and moderate; old and young; secular and religious; male and female; from Jean-Marie Le Pen to Attac. Never has there been such a united front representing such a heterogeneous political cross-section. It is rare in the history of Europe to find such diverse and apparently contradictory political and cultural groups in agreement.

The complex universe of the 'United Colours of France' would never have triumphed purely on a pro-national, pro-nationalist stance. The victory of the No vote is above all a result of the discontent of French society, and Europe, with an EU in which there is a lack of democracy and a persistently high unemployment rate. It is the response to the failure of a system in which the political agenda is not decided by democratic vote (as is the case in the US federal system) but by a complex net of decision-makers where it is impossible to pinpoint political responsibility for government. The No is also a consequence of the failure of Europe's political elites, who have shown themselves to be more afraid of, and more out of touch with, public opinion than ever.

One vote to rebuild Europe is not enough

But a word of warning: the victory of the No will not necessarily be translated into a march towards future wellbeing. One vote is not enough to put European construction back on the right track. What is needed is that the No drives this European constitution on the road to adjustment, avoiding the mistakes committed by Giscard d'Estaing, the President of the Convention which drafted the constitutional treaty.

The desire for a shorter constitution

So, if there is to be a new Convention, let it be democratically elected and not nominated by governments and parliaments. If a new constitutional text must be written, let it not be a simple amalgam of the existing treaties but one which gives Europe a mission. If the new constitutional text must be put to the citizens, let it be no longer than the American Constitution which has only seven articles (not 448). If a new period of cohabitation must be found between Brussels and national capitals, let a clear separation of competencies be preferred over the vague principle of subsidiarity. If a new method for taking decisions must be found, let federal democracy be chosen. If a new referendum must be organised, let it be pan-European and not simply national.

This victory for the No is not a return to nation states and the good old times of the franc but a demonstration of the limits of this Europe, which has buried Giscard's Constitution forever. Only by returning to Europe with more federalism and more democracy will the crisis laid bare in Paris finally be overcome. Accountability, accountability, accountability: this is the only way for the United Colours of France to contribute to the United States of Europe.