Accelerationism: a post-capitalist future is no longer science fiction

Picture yourself at a party full of unknown people. You engage in conversation. First of all, a classic, someone asks your name. Next, where you live. Their third question? Not what you think. Actually, these new friends won't be interested in your job. In fact, they are more likely to be curious about your hobbies. Where could this situation take place? We look towards a jobless future.

If you are travelling by Eurostar from Paris to London, it will take you barely three hours. In 1930, the English economist John Maynard Keynes predicted that this would be the same amount of daily time that his grandchildren would devote to work.

According to the authors of the #ACCELERATEMANIFESTO, Nick Srnicek and Alex Williams, even three hours a day devoted to money-making is going too far. In their futuristic vision of a post-capitalist reality, work time is reduced to zero, society enjoys a universal basic income and work neither continues to be at the determinant of human virtue nor a cornerstone of identities.

Nick Srnicek and Alex Williams converse about a "jobless future" on Novara FM.

So how many people are happy now, in our neoliberal reality? Few. According to some sources happy people constitute 1% of society, others say barely 0.09% – what about the rest?

According to accelerationists, they are doomed by neoliberalism. The narrative of our times is dominated by the noise of impending cataclysms, produced by the internal contradictions of capitalism and its manifestations. Overproduction has put strain on the planet and the advancing climate crisis has been threatening the survival of the human race. On top of this, the continuous financial crisis has been legitimising such exploitation. Politicians, stuck in existing systems and deprived of imagination, are unable to face this accelerating destruction.

In the #ACCELERATEMANIFESTO, published in 2013 as a teaser to the book Inventing the Future, Nick and Alex act as Cassandras: "While crisis gathers force and speed, politics withers and retreats. In this paralysis of the political imaginary, the future has been cancelled."

Has the future really been cancelled?

Is this for real? It's hard to imagine such a scenario in a city so dynamic, and so continuously in motion, as London. On Tottenham Court Road I see as many scaffolds as I do finished buildings. Despite the fact it's only January, shop windows are bursting with Saint Valentine's Day decorations. It's only Wednesday, but people are already talking about the weekend. London feels like an eternally jumbled building site where people are continuously anticipating whatever is coming next. If it wasn't for the hordes of youngsters sporting YOLO t-shirts, one could think that, in this city, it's the present that's been cancelled, rather than the future.

What then, is the remedy that accelerationists propose to this situation? The auto-digesting contradictions of capitalism are by no means a recent topic of discussion. Deeply bowing to Karl Marx, contemporary theoreticians addressing the issue include Slavoj Žižek and Thomas Piketty. As far as the universal basic income is concerned, we've heard talk of the proposal from the Finnish, the Swiss and America's Bernie Sanders. Also, an accelerationist vision for the future will ring a bell for anyone familiar with the notion of fully automated luxury communism.

However, accelerationism reaches far beyond a mere criticism of capitalism, the propagation of automation and postulations regarding a universal salary. Accelerationists aim to introduce moral changes, "creating a society united around something other than work."

The king is dead. Let's transplant his organs into a new one.

Therefore, do accelerationists want to bring about the annihilation of the present order with the aim of installing a post-capitalist future? I ask Nick Srnicek when we meet in an unassuming café in the heart of Fitzrovia. His answer? Not exactly...

"The post-capitalist future will build on top of the advances made by capitalism," he explains, "It's not a rejection, destruction or negation of capitalism, but rather its repurposing."

At the heart of this repurposing lies ensuring the domination that politics could hold over the economy. Accelerationists assign this task to the political left. Nonetheless, they are dismissive of its contemporary incarnation: archaic and nostalgic, nervously clinging to localism and recycling old models of politics, while at the same time completely lacking a constructive vision for the future. 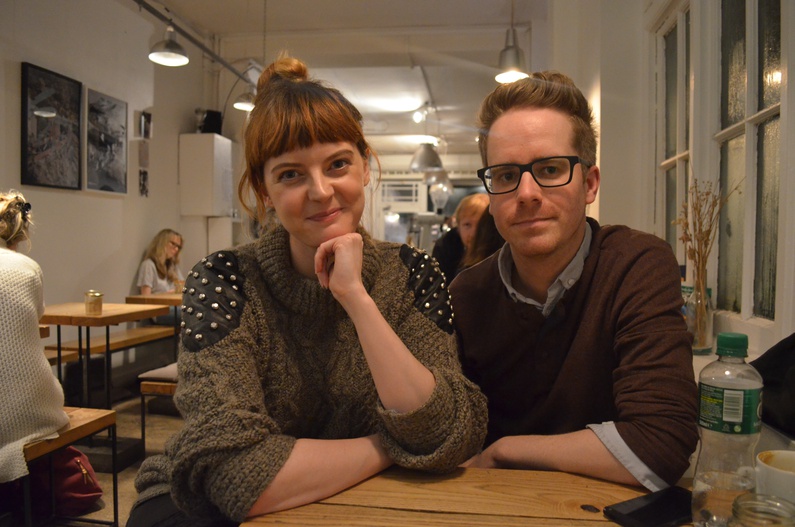 The messiah that will lead humanity to the post-capitalist future will be a brand new, modern and hegemonic left, one that will be able to first form a consolidated global structure and then use existing technology in such a way as would be useful for people, as opposed to just generating profit for giants such as Microsoft, Apple or Google.

If this vision comes true, the automation of labour controlled by political forces will relieve people of a variety of tasks, leaving them able to devote their time to something other than making money to survive. "The left should be mobilising and organising around the universal basic income now," Nick argues, "Otherwise, the right will continue to present it as a libertarian idea."

How do I become an accelerationist?

After the theoretical part, it's time to test accelerationism on the ground. I decide to become an accelerationist. Driven by the desire to taste post-capitalism for myself, I want to contribute to the construction of this future without work. The problem is that, being neither Jeremy Corbyn nor Pablo Iglesias, I don't have any influence over the modern left. Therefore, what can I do, as an ordinary citizen, to support accelerationism?

Assuming that capitalism equals consumerism, it seems logical that I should throw myself into a shopping frenzy. I imagine being driven in a golden limo to Oxford Street, which devours 5 billion pounds a year, to gorge myself with two supersized meals from McDonalds, washed down with a coffee from Starbucks, before treating myself to a clothing binge at Primark and Topshop. I seriously consider lighting my cigarette with a 20-pound note.

Not so fast. Looks like I've got it wrong again. "Accelerationism is not about expanding consumerism and being more wasteful with the aim of overturning capitalism," grins Nick. Someone who wants to practice accelerationism should rather be fighting for the change of the capitalist status quo, "It's about overturning consumerist identities. Today, you can be anything, as long as it’s profitable. We want to remove these limitations and constraints."

This, in turn, creates the necessity for yet another change: "From my perspective, applied accelerationism would be fostering a real hatred for waged labour. That would remind people of how terrible work is and make them think of why they spend so much time at work and are so dependent on it."

When will the future arrive?

If you are not travelling by Eurostar, getting from Paris to London could take you over nine hours (Megabus, who would dare to scorn your prices?). This is around the same amount of time that the majority of Londoners and Parisians devote to daily work, including extra hours and commuting. In these cities, the Keynesian "three hours" becomes a complete abstraction. Nowadays, your contemporary white-collar workers are almost unable to live without checking their work mails.

So how far are we from the post-capitalist future? Would we really be comfortable with not working? I spoke to two Londoners, Viral and Yolanda, and asked them to give their views to camera.

As a complementary addition to this series you can read the full interview with Nick Srnicek, the co-author of the #ACCELERATE MANIFESTO.