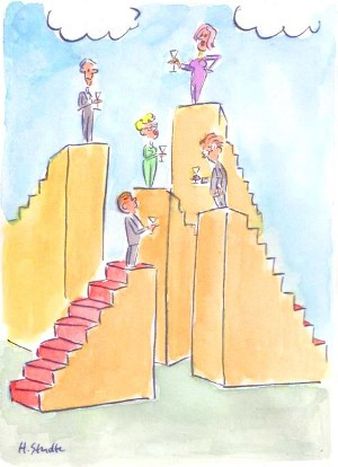 A recent study shows that of the 20 top universities in the world only two are to be found in Europe. An unsettling figure, but perhaps it will be less surprising if we consider the difficulties one might encounter explaining one’s academic credentials at a European cocktail party.

Other than having to specify his love life to the Briton, a Dutch Bachelor stands a fair chance of proclaiming himself a secondary school graduate to the Frenchman, as this is what they mean by “baccalauréat”. The Italian, overhearing the conversation, will believe him to have already finished his studies; that he’s “laureato”. “So you’re licenciado?” asks the Spaniard while others wonder why he’s inquiring after permits. The Portuguese, only just joining the fun, quickly catches up, and dwells upon his own “curso” complaining about the various difficult “cadeiras” (classes, literally “chairs”). The Dutchman, baffled by the course the conversation has taken, wisely decides not to enter upon the Master degree that he’s doing.