Berlin has taken the title of Europe's coolest city, helped along by its status as the capital of Germany – the country with the lowest youth unemployment rate in the European Union. That's why in recent years many young Spaniards have been packing their suitcases to head to Berlin to find work – although not all of them have had the same luck.

It's raining when I come out of the metro at Frankfurter Allee, the sunshine and balmy temperatures that greeted us when we arrived in Berlin didn't last long. When I meet Diego Ruiz del Árbol in a cafe close to the co-working space he uses as an office, he tells me this is classic April weather. He should know, the 36-year-old Spaniard has been living in the German capital for nine years.

As he sips his coffee, he tells me that Berlin is by no means an easy city. In addition to the linguistic challenges, there are problems finding accommodation and, in worst-case scenarios, finding employment. In fact, among the many young Spaniards heading to cities across Europe – including Berlin – there are those who eventually decide that they want to return to Spain. With them in mind, Diego and his business partners Sebastien Sanz and Raúl Gil created the online platform Volvemos. 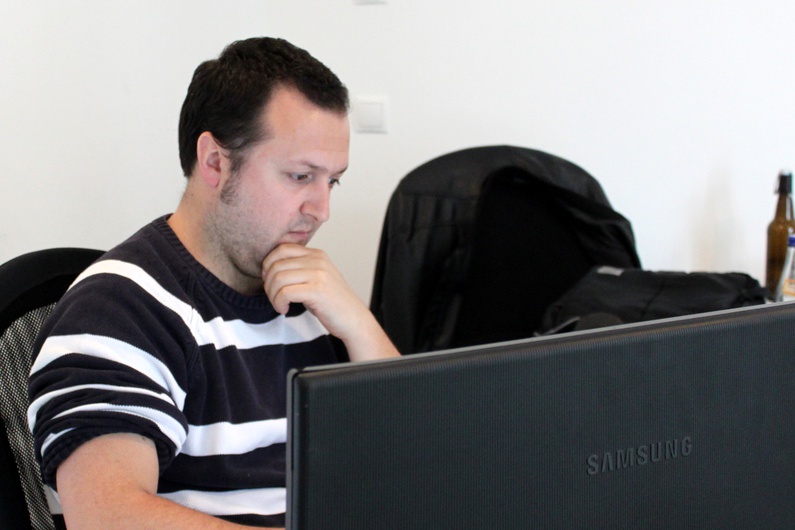 Volvemos is a job search engine for expats looking to return to Spain. Through the platform, companies seeking candidates with foreign language skills or international experience can post their job offers – perfect for the legion of Spanish emigrants registered with the site. In its short, two-month existence over 4,100 people have signed up. "Two people an hour," says Diego – and 16% of them live in Germany.

Half a million young Spaniards abroad

Faced with a youth unemployment rate above 46% (the second highest in the EU after Greece), over 525,000 Spaniards between the ages of 18 and 35 packed their bags in order to up and leave their country between 2008 and 2014, according to Spain’s National Statistical Institute (INE). However, these figures are likely to be off the mark, as they don't take into account people who didn't request to be removed from the Spanish municipal register, a move allowing them to keep their health coverage.

I ask Diego about the profile of emigrants who register on Volvemos. "In the beginning we realised that professions affected by the crisis – architects, journalists, graphic designers or nurses – were over represented," he explains. "But with time it has become more evenly distributed and we have all kinds of profiles."

He explains how, through Volvemos, he hopes to provide Spanish emigrants with the "necessary tools" to find a job and return to Spain. But the platform also seeks to "make visible the fact that the so-called 'best educated generation in history', who felt obliged to leave their country, are now in fact wishing to return."

According to the INE, the number of young Spaniards living in Germany has increased by approximately 35% since 2009. To date, there are roughly 140,000. A lot of them choose Berlin. For Europeans, Berlin has become the epicentre of cool. Diego describes a city of artists, urban culture and nightlife. This isn't difficult to confirm: I only have to walk a stone's throw from my hostel to find several pop-ups, temporary art galleries and cafes jam-packed with MacBooks and chai lattes. 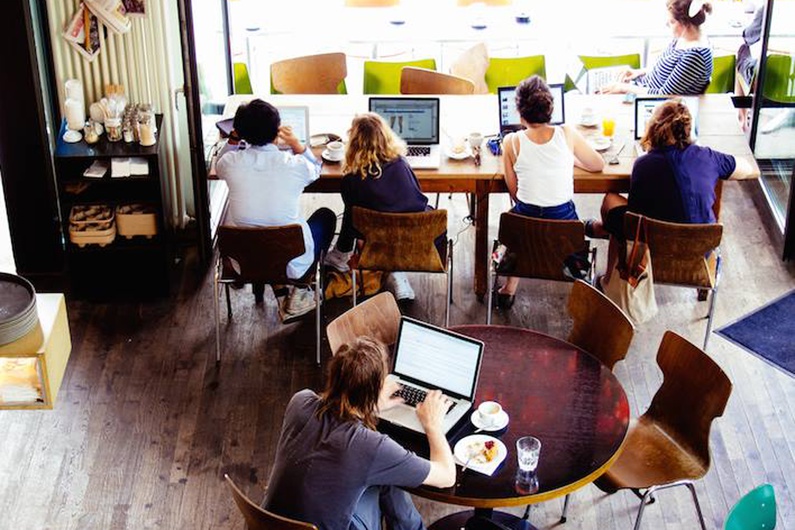 But Berlin also has something else in its favour: it's the capital of Europe's leading economic power. Germany's youth unemployment rate is just 7%, the lowest in the Union. Although, as Diego explains, the reality of the capital is rather different: "A lot of people come here without doing any prior research; the unemployment figures in Berlin are actually comparable to those in Spain."

Marta (27) has been living in the German capital for 10 months after deciding to try her luck abroad following a year of unemployment in Spain. She chose Berlin because "it was cheaper than other European capitals, such as London" – I can't help but agree having paid just 5 euros for my coffee and cake.

It didn't take long for Marta to realise that she wasn't going to find a job related to her studies – in Business Administration and Management – due to the language barrier. Yet she hasn't been able to find a job in another sector either. "What makes it worse is that I don’t feel useful," she laments. "Discovering Volvemos gave me some encouragement, because I saw that there were companies that value exactly the kind of experience I have been getting abroad."

Lilian (36) is more sceptical. She believes that the platform is "too similar to other job search engines and doesn't offer any guarantees." She moved to Berlin after losing her job as a journalist in Spain, and currently has a minijob with a cleaning company. These small time jobs form part of German unemployment benefit, and are notoriously underpaid. "Germany is not what they made us believe it to be," says Lilian. She is not the first Spanish woman that I've heard talk like this about Berlin.

She is highly critical of the current situation: "The minijobs are incredibly precarious and only serve to massage unemployment figures." I ask her if she considers returning to Spain. She replies without hesitation: "Yes, of course."

If there's one thing that all the Spaniards I meet in the German capital can agree on, it's that Spain is letting its educated talent escape. In many cases, this is due to the fact that young people don't feel like they are valued. This is true for Mireia (22), who opted to apply for an international scholarship to work in a laboratory – which she is combining with a doctorate – because "in Spain I did not have the same opportunities". 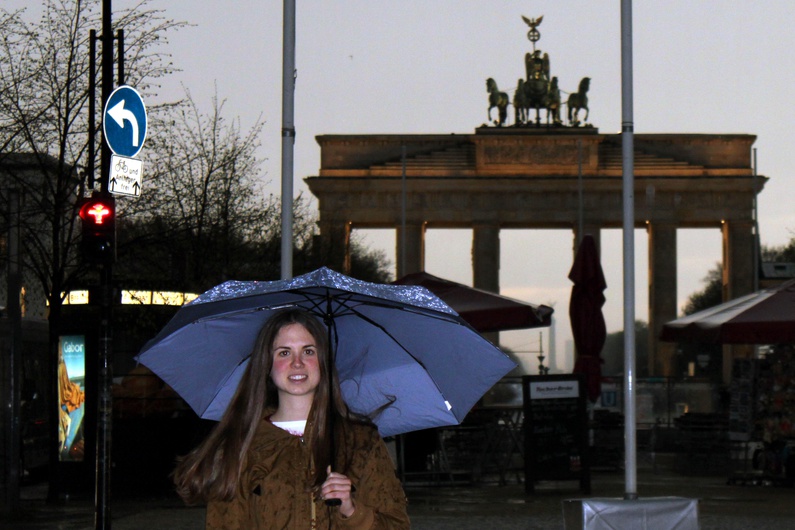 When I ask what needs to happen before more young people like herself consider returning to their country, she responds firmly: "A change in mentality, to begin with. The Government has to stop being selfish in that regard."

Diego agrees and makes a further point about Spanish companies: "We're finding that they don't want to pay what a service like Volvemos is worth, and that's becoming a problem for us. Above all, it will be a problem for those emigrants who are thinking about returning."

Diego backs an ambitious plan to reverse this brain drain that involves Spanish public administrations as well as companies. "What we can do without their support is clearly insufficient given the magnitude of the problem," he argues, warning, "You have to stimulate debate, because expats are not going to return for just any old price."