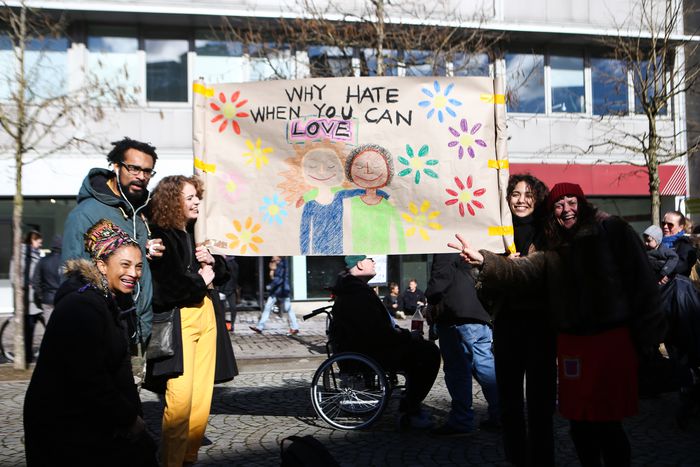 Aarhus protesters speak out against racism

The vibe was concert-like that afternoon: hundreds of hands flew in the air, waving placards as the music blasted through the speakers. It was a special concert held in Klostertovet, Aarhus where hundreds of protesters gathered on International Day of Action Against Racism, March 18.

This demonstration coincides with other protests across the globe following an anti-racism conference in Athens, Greece in October. 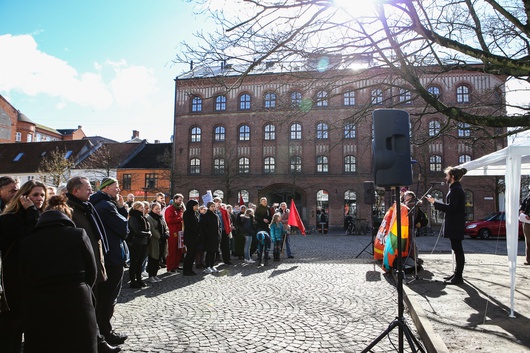 “We hope to show that civic society has a different opinion on the anti-Islam rhetoric and to show support to people who are targeted with racist and physical attacks that we do not agree,” Lars Henrik Carlskov, co-organizer for the Aarhus For Mangfoldighed (Aarhus for Diversity) said.

One of the core issues discussed during the protest is the settlement of refugees in Denmark. A recent poll showed that 37 percent of voters opposed offering more residence permits to migrants, a slight increase from 17 percent since September. Another survey also said that 70 percent of voters felt the refugee crisis should be considered one of the most important issues in the political agenda, according to the daily paper Berlingske. 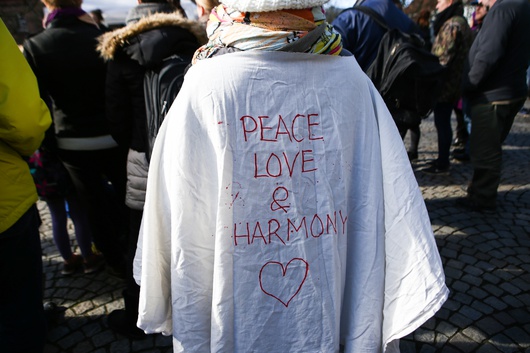 Hate crimes statistics also shows a growing negative sentiment towards people of other race. According  to the Office for Democratic Institutions and Human Rights, in 2015, of the 198 recorded hate crimes, racism and xenophobia (102) are cited the most frequent motivation, followed by bias against Muslims (41), bias against LGBT (31), anti-semitism (13), and bias against Christians and members of other religions (5). Hate crimes are criminal acts motivated by bias or prejudice towards particular groups of people.

25-year-old Dawood Mohseni says he is lucky not to have had experienced any form of hate crime in Denmark. However, he admits it is a difficult time to be an immigrant today. Six years ago, he moved to Denmark to flee the war from his hometown in Ghazni, Khandar, Afghanistan. He is now studying dentistry and works as a cook in a restaurant.

“It’s a hard experience. I came from Afghanistan and moved to Denmark because of war, it took me seven months to adjust. Now I have a good life in Denmark. We have to help each other, and take care of each other. We are all humans,” Mohseni said.

Demonstrators were also entertained by Danish rapper Ham den Lange who also supports this cause through his music. He writes songs about refugees, some of which are part of a record he did during a volunteer mission at a refugee camp. “I hope that people can feel something through my music and use that feeling to do good and to reflect on things,” he said. 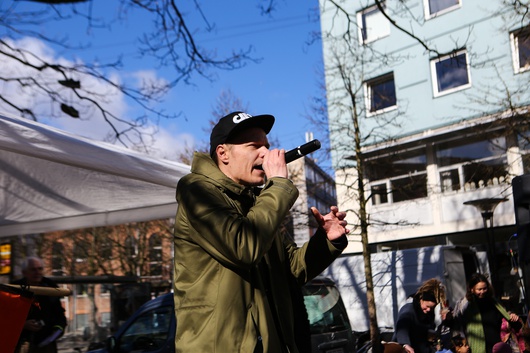 Aarhus University student Ann Sofea, 28, said that she hoped that the event will lead to a higher level of awareness against racism in Denmark.

“It is fantastic that many people came out to show their support. In Denmark, there are many people who are afraid of foreigners and we don’t have a high level of trust as we used to.

I hope this event, which was also held in Copenhagen and Odense, will create awareness against racism and the global network of fighting against racism is very important,” she said. 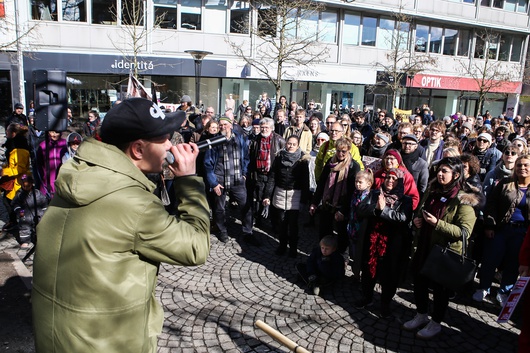 Student Amina Yusuf, 19, of Somali descent said that she had never experienced racism or discrimination in Denmark, but she had some looks thrown at her because of her hijab. “Maybe it is just because I look different,” she said. 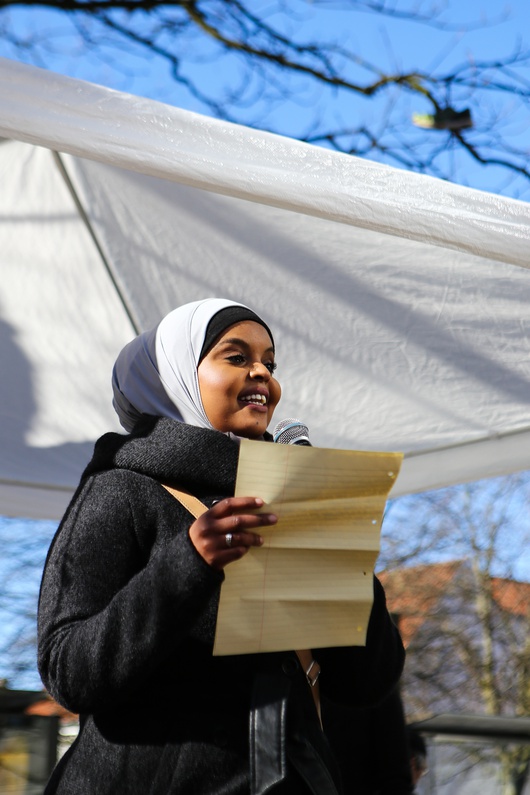