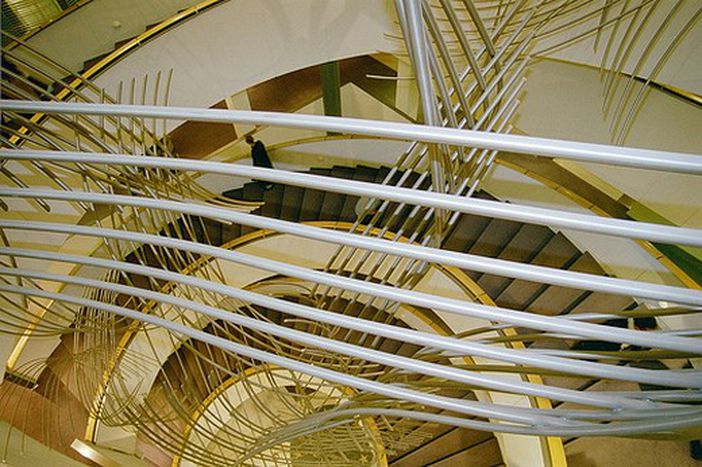 A visit to the European institutions on the island of Brussels

The European parliament in Brussels is an enormous machine employing thousands of people. The enterprise is large enough to make an impression on any passing visitor, and diverse enough to allow them to discover the undercurrent of inequality lying hidden behind the veil of democracy

Like a three-storey ocean liner, Brussels, a metropolis compromising one million inhabitants, steers its course according to the cadence of several different cruising speeds. On one shore dwell the North African, Sub-Saharan and Asian immigrants who tend to occupy the central districts of the city. On the other, the original inhabitants, exiled to the peripheries. The locals who, their daily grind complete, return home to residential suburbs scattered with back-to-back houses; sitting sluggish and numb in the soporific silence of the night. To top it all off, a cohort of European civil servants, well disposed to remain in this city of abundance where there is plenty of food and drink to go round.

It would prove useful to sweeten relations not only between nationals and expatriates, but also between rich and poor

Nonetheless, it would prove useful to sweeten relations not only between nationals and expatriates, but also between rich and poor. However, if such a reconciliation remains nothing but a vain wish, the blame surely falls on that particular edifice that goes by the name of the European parliament, inaugurated in 1999.

Nothing is missing in this fortress. Not so much as a bed. In fact, even showers are fitted in the offices of the MEPs, hordes of assistants scurrying after them (owing to the endless paperwork!). But without these assistants, the work of the MEPs would be a significantly more difficult task. This being the case, how do they have any idea about what is going on in the real world? 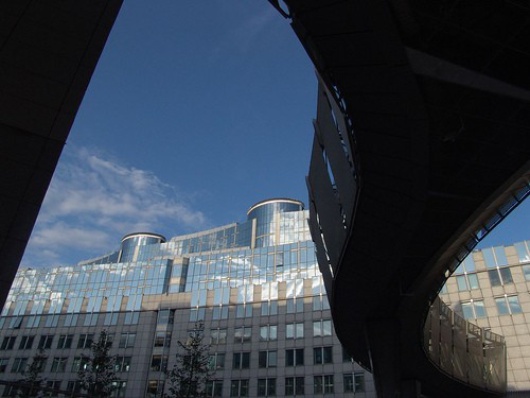 The parliament itself towers over the heart of the European district. This huge structure is divided into two buildings, which are linked by a main footbridge. It leads to several different floors and provides access to other bridges leading to different European institutions. In the basement, a railway station allows any employee of this enormous structure to get to Strasbourg without even stepping outside. A true architectural Leviathan! When a visitor enters these parts for the first time, they immediately feel intimidated by this frightening colossus. Wrought with nerves, all the news journalists anxiously wonder if they will manage to find their way around well enough to get all the information they need on time. How on earth would one know where the important meetings take place? Where the key departments are located? Where to get to know some interesting contacts?

In this elegantly proportioned, modern and stately parliament, the daily flow of people reaches levels comparable to that of New York’s 5th Avenue or the Gran Via in Madrid at rush hour. Around 5, 000 people come and go in this immense hive of activity, including politicians, aides, journalists, administrators, visitors, students, advisers, stockbrokers, cooks and workers of every kind. There are all sorts of people here.

It is a veritable hive of activity, teeming with paper shops, bank branches, health centres, gyms, canteens, accessory shops, galleries, up-market restaurants, bars, cafeterias ... all of which must somehow be made to work together. In all its complexity, it runs so smoothly it is easy to forget what urban life used to be like, once upon a time, for the average person walking through the streets.

One of the most striking things within this little world is the faultless choreography that plays out all year in the canteen. It is one of the largest in the world – up to 4, 000 people eating there each day – and the food on offer has a reputation for being top-notch. Tempted by the quality of the cuisine, most politicians put aside any reluctance to rub elbows with the hoi-polloi and can be found, without a trace of awkwardness, mingling with the traders and with everyone else. 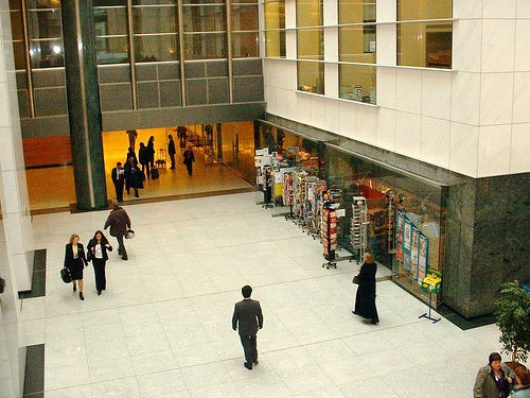 Some weeks, no less than seven exhibitions from different artists are on display in the grand hallways or in the cavernous foyers that are the junctions of the corridors. Not to mention the live concerts and the TV programmes. There is even, it goes without saying, a catering service to satisfy these gentlemen's gluttonous appetites. But what do they talk about in their meetings? The artists' work? Definitely not! Such occasions are rather for complementing the Italian cheeses or the aroma of the Spanish smoked ham and discussing the finer points of French wines.

Numerous gestures of international solidarity, like the Arabic Cultural Week or Africa Day, are put on there, but solidarity seems to have its limits, as a journalist colleague happened to mention in the press room, buried deep in the most hidden part of this incredible warren of buildings. Here in this mind-boggling machine (where much bigger decisions are taken than the average citizen might imagine), they told me, the day when U2 came to visit, while Bono came in by the front entrance, the Pakistani and North African people who rush around behind the scenes had to make do with the back stairs. You have to see it to believe it!